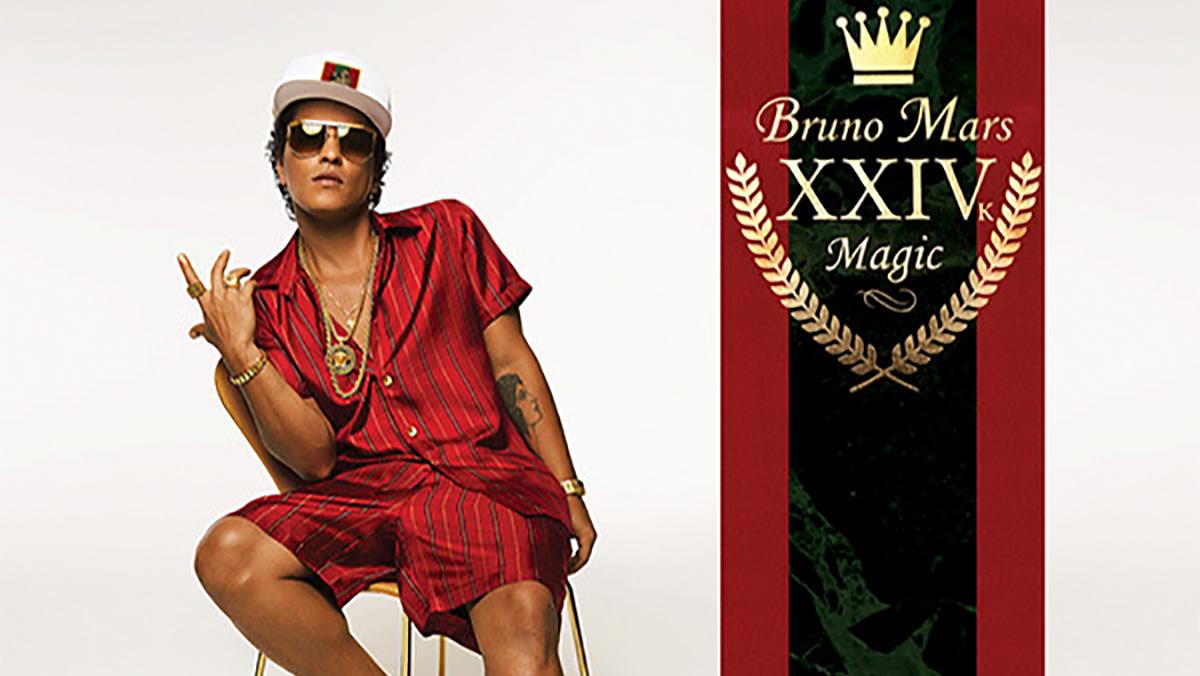 Dubbed a “nineties throwback” by Rolling Stone, Bruno Mars’ newest album, “24K Magic,” is a collection of flashy songs and funky grooves that transports listeners back to the soulful decade. Mars takes on a new rhythm and blues persona that he has recently been incorporating into his music, strung together with energetic twists and pop sounds.

“24K Magic,” the first song on the album, was released Oct. 7, weeks before the album release. The song begins with Mars singing a giddy riff, and a synthesizer follows the melody. The song includes a DJ record scratch, ingraining Mars’ album in the ’90s. Similar to his past hits, such as “Uptown Funk,” the song features a background chorus that assists in singing the melody and emphasizing harmonies. Throughout the song, there is a constant, prominent beat — one that is easy for listeners to dance and jump to.

“Perm,” the third song on the album, features a synthesized trumpet frontline and a distinct R&B vibe. Mars throws in several growls and ha’s, once again reminiscent of the sounds of the ’80s and ’90s. The electric guitar and drum chords maintain a jazzy groove throughout. This song is easily the most upbeat on the album, full of high whistles and shouts.

A different style of laid-back, cool swing is featured in “Calling All My Lovelies.” The song begins with a synth riff and a drum beat that is easy to groove to, and it features finger snaps, a distinguishing characteristic of ’90s R&B. Mars’ vocal range is clearly displayed with a jump into the higher register during the chorus and a deep fall into a lower register for the verses. This contrast gives the song an ambience separate from the other songs on the album piece while paying homage to the real roots of R&B music.

The last song on the album, “Too Good To Say Goodbye,” sounds eerily similar to a love anthem straight from the ’90s. Mars’ vocals are quite prominent throughout the song, not covered up by the emphasized drums or intense brass solos. His vocal range and ability to control his voice through the chorus once again proves Mars is at the top. The riffs, high notes and strength achieved by Mars’ voice are bound to give Justin Timberlake a scare for his career. The slow groove of the song and vocal style further places “24K Magic” out of the pop category and into one clearly labeled “soul.”

Mars’ album does not disappoint. His newer music has been quickly approaching the label of a refined, neo-modern, cool swing. Mars seems to express himself the best in this style of music, which helps raise his popularity among listeners. While the lyrics are not necessarily written with any complex ideas in mind, the catchy beats add up to an undeniably fun and groovy album.