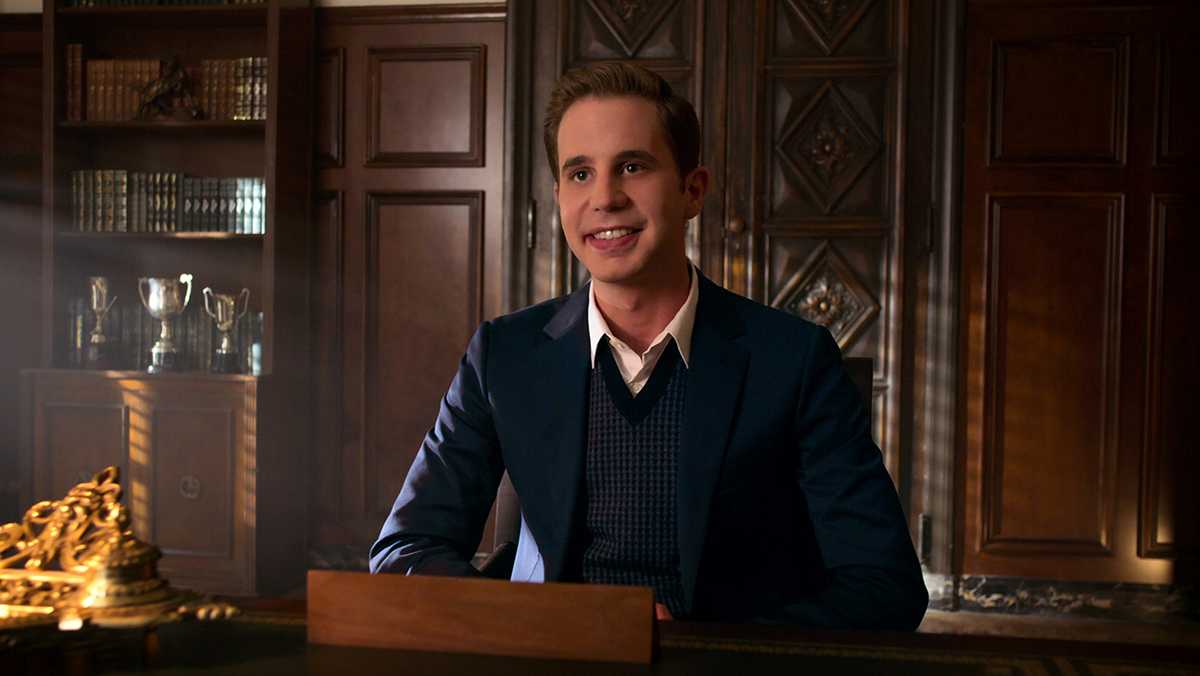 Netflix
Tangentical subplots and secondary characters dominate “The Politician,” an eccentric take on a high school presidential campaign. The series has a rich cast, but the narrative only finds its footing in the last episodes.
By Emily Lussier — Proofreader
Published: October 7, 2019

The Netflix series “The Politician” constructs an outlandish and extravagant satirical world in which a campaign for student body president is marred with lies, scandal and even assassination attempts.

The show is the latest project from trio Ryan Murphy, Brad Falchuk and Ian Brennan, the creators behind American Horror Story. It focuses on wealthy high schooler Payton Hobart (Ben Platt) and his campaign for student body president, which he affirms is his first step on his way to the Oval Office.

The large ensemble is filled to the brim with talent. However, the unwieldy cast size leads to many unnecessary tangents in the plot. For example, the entirety of episode five, “The Voter,” focuses on a newly introduced character, Elliot Beachman (Russell Posner). Both Payton and his opponent, Astrid Sloan (Lucy Boynton), spend the entire episode vying for his vote. Viewers may be frustrated with the introduction of yet another character who serves a minimal purpose in progressing the plot. However, the surprising normalcy that Elliot represents in this world of super-rich, narcissistic teenagers does make him more likable than most characters.

Much of the plot focuses on Dusty (Jessica Lange) and her granddaughter, Infinity (Zoey Deutch). Infinity discovers she has Munchausen syndrome by proxy, a mental illness and form of child abuse. Through this syndrome, the caretaker of a child either fakes symptoms or causes real symptoms to make the child look sick. Though intriguing, this storyline takes up an undeserving amount of screen time that could be dedicated to developing some of the more interesting and magnetic secondary plots.

Laura Dreyfuss’ McAfee — yes, the character’s first name is McAfee — and Theo Germaine’s James, two-thirds of Payton’s campaign team and his closest friends, are surprise standouts in the series. Germaine nails the show’s distinct humor, which is evident through his delivery of James’ one-liners. Dreyfuss manages to make McAfee, one of the less established characters on the show, one of the most charismatic. McAfee seems to be one of the few women on the show who is driven purely by passion and intellect, and her devotion to Payton is admirable.

Another major star of the show is the one the audience would expect: Ben Platt. Every part of his performance is flawless. From his sputtering screams to his powerful singing, every move Platt makes adds to the incredible depth of his character. There are three scenes in which Payton sings, which seem out of place, but they make more sense given Platt’s Broadway background — notably, as the title role in “Dear Evan Hansen.” Still, this is not “Glee,” also created by Murphy, Falchuk and Brennan, nor is it trying to be. However, Platt’s vocals are so outstanding that the viewers can overlook how out of place they are.

The season finale is set three years in the future, and it cleverly shifts Payton’s life in a new direction, setting up the show for what will come next season: Payton’s next campaign. “The Politician” received a two-season order from Netflix, so the audience is guaranteed to see more Payton Hobart in the future.

The show’s creators successfully designed an intricate and enticing world through the lens of one man’s life and ambition. Though it seems at times that they bit off more than they could chew in eight episodes, they seemed to find their focus by the end, propelling the show into what will be an even more interesting place for the next season.