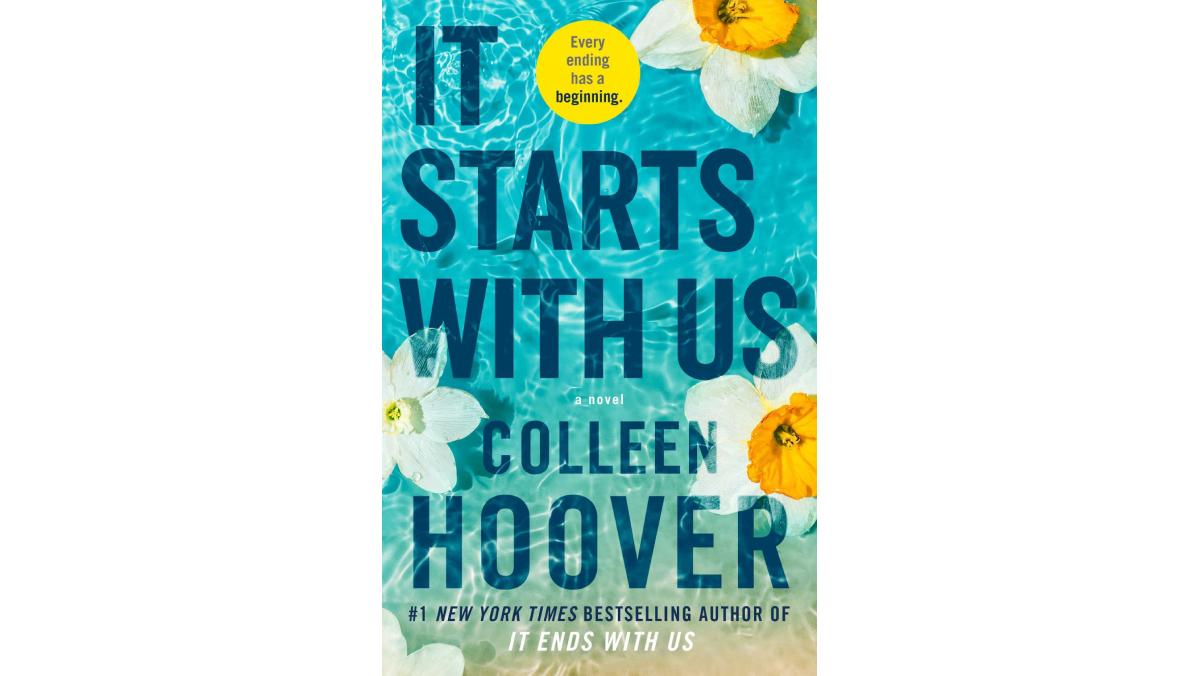 Courtesy of Atria Books
Six years after the release of the bestselling novel "It Ends With Us," author Colleen Hoover returns with a sequel that more than lives up to the hype.
By Kinsey Burr — Contributing Writer
Published: October 26, 2022

It Starts With Us

For six years, fans of Colleen Hoover have been pleading for a sequel to the beautifully heartbreaking “It Ends with Us.” Inspired by her mother’s experience with domestic violence, Hoover created a story that demonstrates the reality of relationship abuse — using the perspective of the victim to show the complexity of their mind when in one.

Lily Bloom, the protagonist of this series, finds herself in an abusive marriage mirroring the relationship her parents had — the kind she feared one day entering. In her debut novel of the series, Hoover takes readers along Lily’s emotionally draining journey of acknowledging the seriousness of her husband’s abuse, gaining the courage to leave permanently and becoming a single mother.

In “It Starts With Us,” Lily navigates the aftermath, learning how to have a fulfilling life despite everything she has gone through. The ghosts of her past, however, are far from gone, seeing as she has to coparent with him. Hoover explores the difficult task of interacting civilly with an abuser while actively getting over the pain, and love, that they used to provide.

As readers, it is fairly easy to recognize how Lily’s former marriage-turned-coparenting relationship is one full of anger, abuse and manipulation targeted at Lily. Despite its continuation throughout the book, Lily questions her divorce and makes excuses for the vulgar attitude of her abuser. The mental gymnastics Lily does to validate her feelings and decisions is not for drama or plot. Instead, it is used to deepen one of the painful messages of this duology: staying out of an abusive situation is just as hard as getting out, and a person can never fully understand how deep the cut penetrates until they are the one bleeding.

A quintessential part of Lily being able to leave her marriage permanently and end the cycle of abuse her family has suffered from her whole life is support. Lily depends on the loyalty of her friends, her mother and even her abuser’s sister. Every time she questions herself, her decisions and even the circumstances that led her to where she is now, Lily has dependable friends who support her and provide a fierce strength to continue forward.

“How do people leave these cycles when they don’t have the resources I had or the support from their friends and family?” Lily confesses in a moment of overwhelming relief she has gained freedom from her abuser. “How do they possibly stay strong enough every second of the day? I feel like all it takes is one weak, insecure moment in the presence of your ex to convince yourself you’ve made the wrong choice.”

Hoover uses this and many other moments in the book to spread another message to her audience: the significant role healthy relationships play in recognizing and having the strength to leave the bad ones.

It’s hard to put oneself in another’s shoes, especially when theirs have been beaten and bruised. Hoover does a great job at allowing readers to get into the mind of Lily, to feel her pain as well as pain for her. Using grotesque, vivid detail in scenes and extreme character development, Hoover creates an environment within her book that can feel uncomfortable, and evokes the question of how agonizing an abusive situation is in reality.

The topic of domestic violence is an extremely serious one that hurts to hear, but the reality is it needs more exposure. Hoover uses her exceptional storytelling abilities and continually growing audience to not only write a tear-jerking fiction novel, but to also spread a message readers so desperately need to hear.