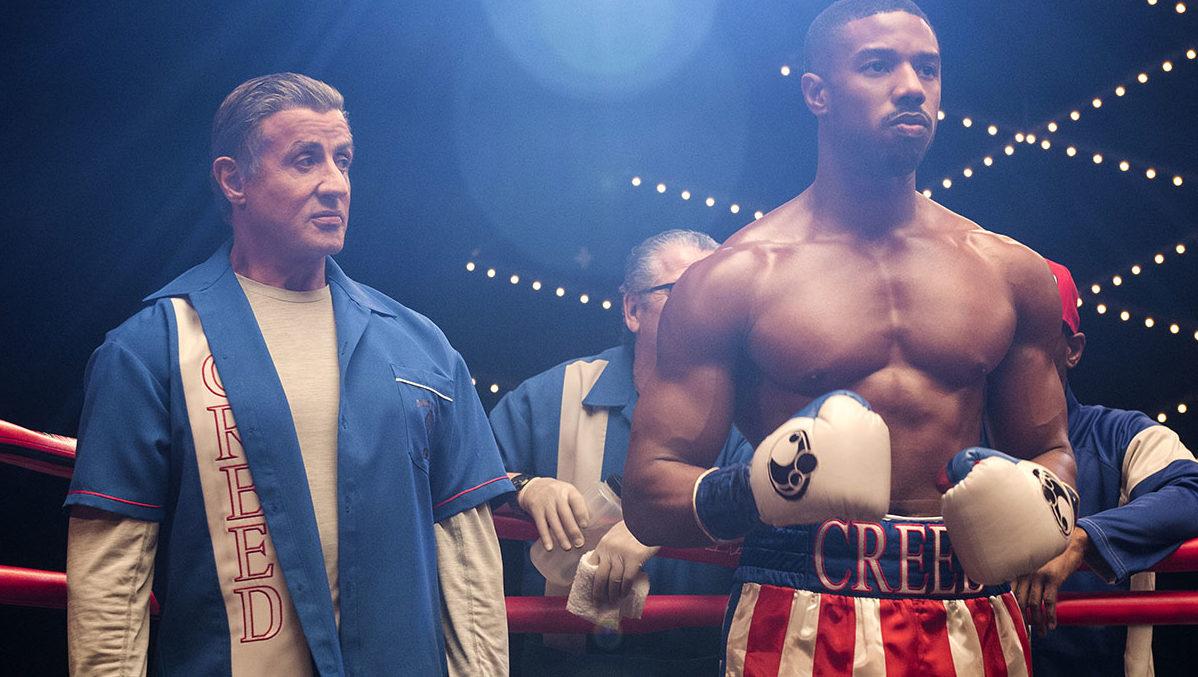 Winkler Films
Michael B. Jordan stars as Adonis Creed, a famous boxer who must choose whether or not to fight the son of the man that killed his father.
By Liam Conway — Staff Writer
Published: December 3, 2018

After the success of Ryan Coogler’s “Creed,” with its surprisingly layered characters and deep emotional punches, “Creed II” continues the “Rocky” franchise with just as much gusto and flash.

The film follows Adonis Creed (Michael B. Jordan), who lost his first major exhibition match at the end of “Creed.” “Creed II” opens with Adonis in a much different place: winning the heavyweight world championship for boxing and thus continuing the legacy of his dead father, the famous Apollo Creed.

The film progresses when Ivan Drago (Dolph Lundgren) and his son, Viktor Drago (Florian Munteanu), challenge Adonis and his coach, Rocky Balboa (Sylvester Stallone) to a fight. Adonis has a choice to make when deciding whether or not to fight Viktor, the son of the man who killed Apollo. Along the way, Adonis faces challenges in his developing relationship with Bianca (Tessa Thompson) and he has to deal with a lack of guidance from his trainer, Rocky. “Creed II” struggles when it tries to shoehorn in copious amounts of interpersonal drama, which makes the film feel aimless. Fortunately, it has an exciting visual style, utilizing handheld camerawork and contrasting colors, along with gripping performances that make up for most of its shortcomings.

“Creed II” is yet another demonstration of Jordan’s dynamic acting ability. Jordan has ascended to superstardom between “Creed” and “Creed II,” much like Adonis does between films. Jordan is believably sensitive when he shares intimate moments with Bianca, but when he’s in the ring, his intensity is gripping. Jordan’s physicality is impressive, to say the least; he has gone above and beyond to be faithful to the sport of boxing by training to become a strong boxer himself. Because of this, there is no need to edit around the action. Training and fighting sequences are shown in wide shots, showcasing the almost superhuman ability of elite athletes.

The athletic ability of the actors is especially noticeable when Jordan and Munteanu are shown training before their fights. Thompson shines once again as Bianca; her chemistry with Jordan is electric, and her journey is paralleled with Adonis’ when she reaches fame through her music career. Even when Bianca’s arc feels overcomplicated, Thompson does the best she can with the material she’s given. And, much like his role in the first film, Stallone gives the most impactful performance as he reprises the role of Rocky Balboa for the eighth time. Rocky is the sweetest, most wholesome version of himself, and every time Stallone appears on screen his emotions are so genuine that it’s hard to believe Rocky is a fictional character.

While Stallone and Jordan give great performances in their own right, their strongest moments appear when they share the screen. There are times where a cut to a fight feels disappointing because it’s so entertaining to watch Adonis and Rocky talk to each other. The father–and–son relationship that the two share is heart-wrenching and meaningful, contributing to the film’s overall theme of parenthood.

Unfortunately, when Adonis’s mother, Mary Anne (Phylicia Rashad), suddenly arrives, the quantity of roadblocks the characters face makes the film feel overcomplicated. The film feels rushed to tie everything up by the end and has to answer the many questions posed at the beginning, like whether or not Adonis will fight Viktor, make up with Rocky or die in the ring like his father. As if this film didn’t have enough going on, “Creed II” also has to provide answers for questions posed at the end of “Creed,” like how Rocky overcame cancer and whether Bianca’s hearing is going to be gone soon. This overcrowded plotting makes moments feel empty when they are supposed to be emotionally resonant.

Thankfully, the third act of “Creed II” returns to the Dragos. The bloodthirsty antagonists are well–developed, and Ivan explains why he and his son are on a revenge crusade. The ending of this film almost completely makes up for its earlier shortcomings. The music from “Rocky” makes a triumphant return, Rocky and Adonis’ relationship comes to a head and the intense, gritty cinematography all work in perfect synergy to create a moment that feels grand, and its importance to the characters is clear. The ending of this film is emotionally impactful and has the viewer biting their nails and gasping with every punch.

“Creed II” is another successful entry in the “Rocky” franchise that doesn’t succeed quite as much as its predecessor. That being said, the acting from Jordan, Thompson and Stallone is phenomenal, even when they are not given the best material. The acting helps the film when it feels rushed, as it manages to stay true to the characters and delivers strong character moments when it counts. “Creed II” feels like it has a natural progression with a rich history, and in the end, it hits a knockout shot that will break you.