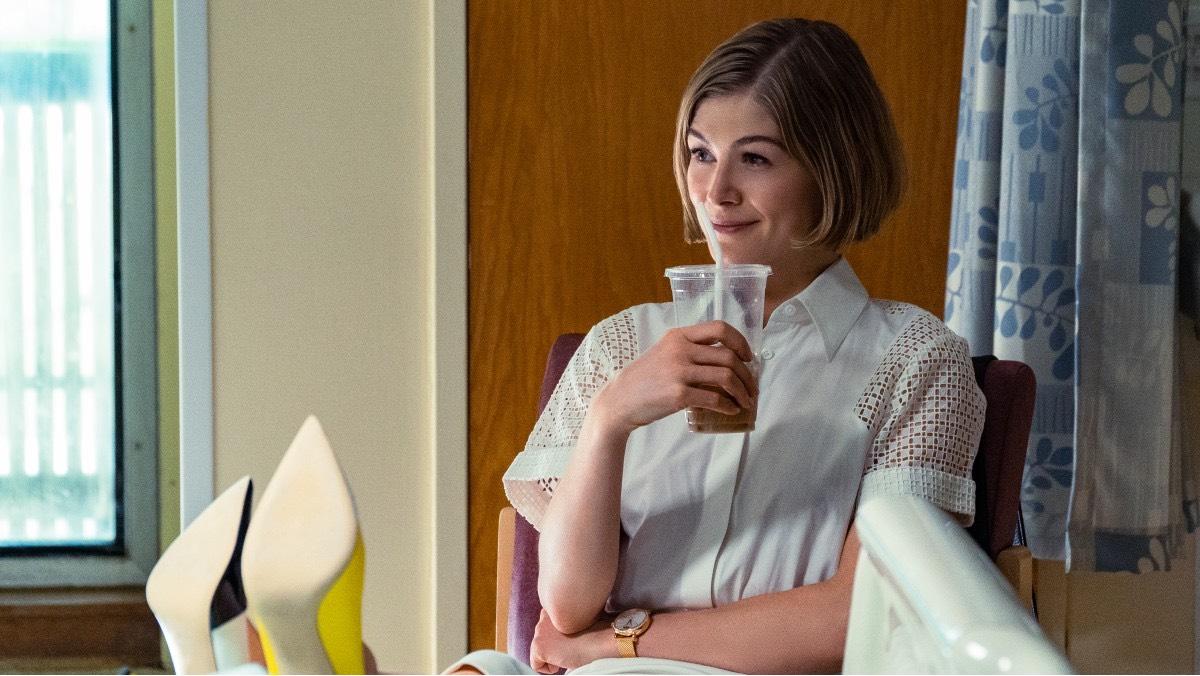 Courtesy of Netflix
Giving a much-needed breath of fresh air to the crime-thriller genre, “I Care a Lot” is a gratifying adrenaline rush from start to finish.
By Sydney Brumfield — Staff Writer
Published: March 2, 2021

I Care A Lot

Giving a much–needed breath of fresh air to the crime-thriller genre, “I Care a Lot” is a gratifying adrenaline rush from start to finish. Written and directed by J Blakeson, this engrossing narrative follows the morally opaque endeavours of Marla Grayson (Rosamund Pike) and her partner, Fran (Eiza González). Together, they attempt to seek the legal guardianship of elders in order to drain them of their life’s savings. Their master plan seems foolproof — that is, until they hook a fish too big for their boat.

Marla forcefully assumes the legal guardianship of lonesome Jennifer Peterson (Dianne Wiest), who has no recorded living relatives to take care of her after being deemed medically incapable. To Marla, Peterson looks to be a goose sitting on top of a golden egg. However, not all that glitters is gold when it is revealed that Peterson’s money is a product of her son, Roman Lunyov (Peter Dinklage), who is the head of the Cleveland Russian Mafia.

Blakeson manages to keep viewers engaged with his delectably evil plot, making Marla an antihero for the ages. Marla Grayson is a strong and confident woman who has made a career out of manipulating the dubious institution that is the American healthcare system. She has built herself from the ground up and fights mercilessly throughout the film for success and financial stability for herself and Fran.

The beautiful partnership between Marla and Fran is a joy to watch. Lesbian relationships in film are all too often made the sole focus of the narrative, but not in this case. “I Care a Lot” avoids tokenizing the relationship, providing a refreshing normalization of the main characters’ sexuality. The love between Marla and Fran is palpable. While the two exhibit genuine compassion and empathy for one another, they are not hypersexualized.

Blakeson also tackles themes surrounding toxic masculinity throughout the film. Marla faces blatant sexism and verbal abuse from men but cowers to no one. The women in this film refuse to abandon their ambition, especially in the face of the patriarchy.

“I Care a Lot” pushes the boundaries of what is commonly associated with crime thrillers. The audience is continuously tasked with evaluating its own morals. The viewer wants Marla to succeed in her schemes but knows that it comes at the expense of others. Marla is a much–needed female figure in the media, one that breaks away from feminine stereotypes and is allowed to be just as flawed as other male characters in this genre. With her emergence, it would be brilliant to see more characters like her created.

“I Care a Lot” is unapologetically ruthless and leaves audiences clinging to the edge of their seats. In the end, Marla is the criminal who viewers love to root for, a feminine twist on Walter White. Her biggest weapon is a flawed healthcare system created by America’s institutions, which she exploits terrifyingly well. She is not a mob boss or a kingpin but an intelligent, capable woman — and isn’t that threatening enough?