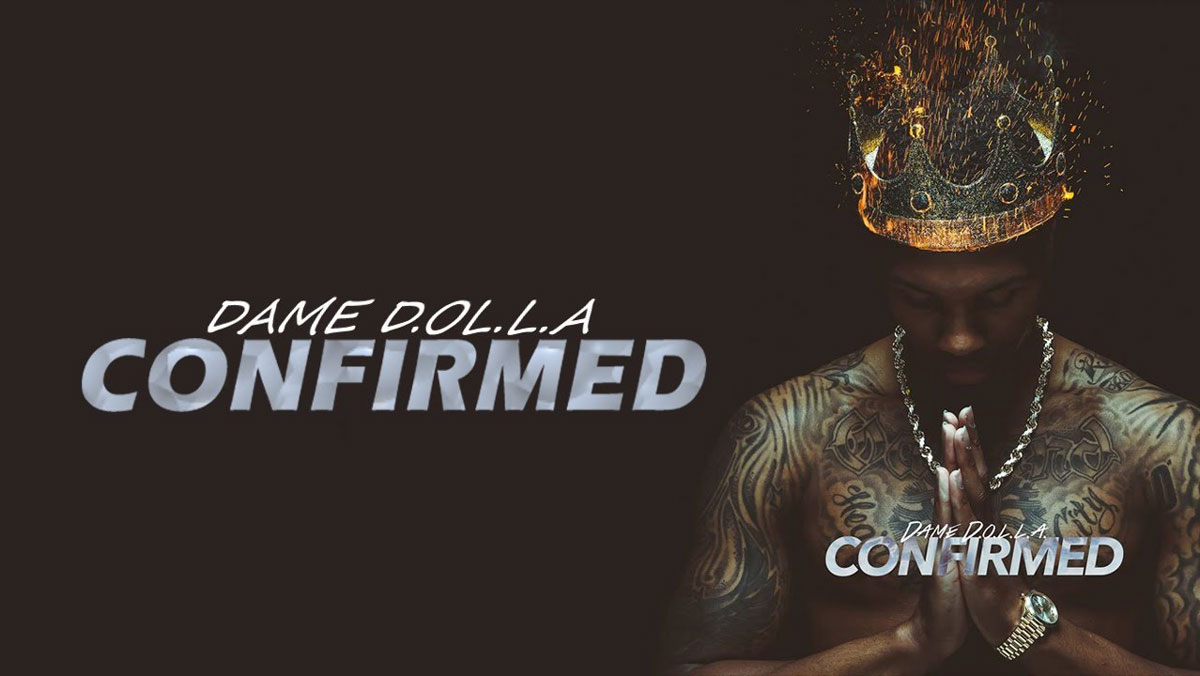 Front Page Music
Damian Lillard is a basketball player for the Portland Trail Blazers and is coming to prominence in the world of music. His first album, “The Letter O,” was released in 2016. One year later, “Confirmed” was released Oct. 6.
By Matt Maloney — Multi Media Editor
Published: November 7, 2017

The chances of making it to the NBA are slim. Players dedicate their whole lives to perfecting their craft, often leaving little time for any other hobbies or passions. It’s incredibly rare to see someone dominate in professional sports and make music, but Damian Lillard, aka Dame D.O.L.L.A., is doing just that on his sophomore album, “CONFIRMED.” While he demonstrates some songwriting skill, on this album it’s pretty clear that music is just his side hustle.

The hoop star first gained notoriety for supervising weekly “4 Bar Friday” contests in which masters of ceremonies from all over the world submitted a four–bar verse to be posted on Dame’s Instagram page. His sample submissions were often head and shoulders above other masters of ceremonies in the competition, showing signs of great flow and wordplay to come if he ever were to release a complete song. He shows off this skill set early on “CONFIRMED” in the opening track, “No Punches.” At nearly three minutes in length and without a chorus, Dame compellingly discusses real–life issues. He talks about his family life and the nuances of fame, and sounds unbothered by his haters. Unfortunately for the listener, there isn’t much lyrical and stylistic diversity on “CONFIRMED.”

One of Dame’s biggest weak spots on this record is his poor songwriting. That is not to say that he can’t rap well, but it takes more to be a great artist than some bars and above-average flow. For example, there are songs like “Members Only,” where Dame’s only verse is eight lines of drab lyrics. The rest of the space is filled with a somewhat–repetitive hook and a decent guest verse from Allstar Bozzle. Without much lyrical variance, “CONFIRMED” starts to feel mundane after the first listen.

Then there’s “5th of Henn,” a straightforward track about having fun and drinking Hennessy that features over fifty repetitions of the phrase “5th of Henn.” These kinds of songs are forgivable when considering the fact that Dame is not primarily a songwriter, but it’s still surprising that he doesn’t branch out a bit structurally on some of the songs on “CONFIRMED.”

With that said, Dame must be doing something right to have gotten prominent artists like Lil Wayne, 2 Chainz, and BJ the Chicago Kid on this project. Wayne’s bravado on the lead single “Run It Up” is perfect for the song, which is about living a high-maintenance lifestyle and “running up” bills for fun. Dame shines on this song as well. The energetic verses and chorus are a pleasant break from the slightly more serious tone of the album. 2 Chainz’s appearance on “Anomaly” was also a highlight of this project. His wordplay and flow seemed to bring out the competitive side of Dame, who seems to work best when surrounded by big talent.

All in all, “CONFIRMED” is a solid effort from Dame D.O.L.L.A. Songs like “Shoota” and “One & Only” proved that he has the capability to write strong hooks and melodies, but there are more misses than hits on this album. Hopefully he sticks to making music, but with the NBA season kicking into gear, it’s likely that we won’t hear from Dame for quite some time.