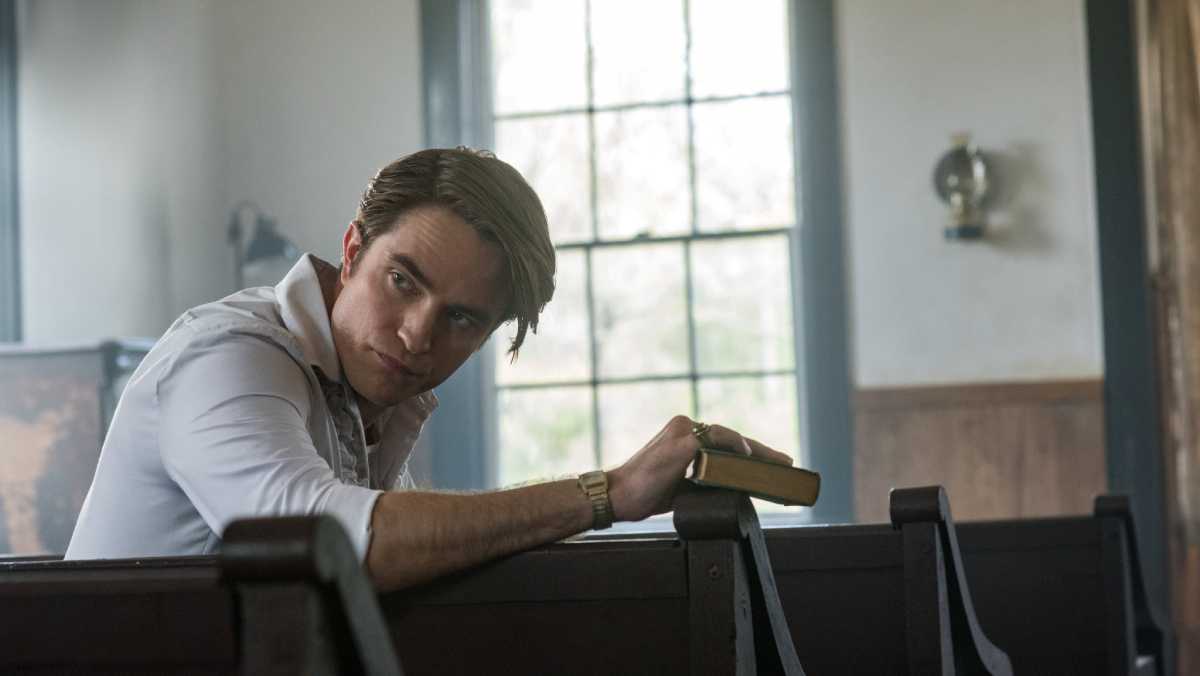 Courtesy of Netflix
Netflix’s original movie “The Devil All the Time” tells the story of evil in a Southern church town. The plot is an intriguing web of intertwining narratives, but the story is a little too complex and drawn out.
By Grace Azaula — Contributing Writer
Published: October 1, 2020

The Devil All the Time

A global pandemic, Zoom calls galore and a political climate unlike any other have made 2020 quite a bleak year. For some, the solution to these problems is staying optimistic and surrounding themselves with positive media. Others may cope by embracing the darkness and despair of the current situation. For those in the latter group, “The Devil All the Time” should be the next movie on their Netflix queues.

Based on Donald Ray Pollock’s novel of the same name, the Netflix original explores the dark connections among small towns in Southern America post–World War II. Throughout the film, the audience follows the journey of several characters, all of which end up tying together in the end. The structure of the film parallels movies like “He’s Just Not That Into You” or “Valentine’s Day” but with a much darker theme. The closest person to a main character is Arvin Russel (Tom Holland), a young man who has endured a childhood full of trauma and loss. Surrounded by evil reverends, unfriendly neighbors and power structures full of secrets, Arvin must figure out how he will get justice for the people he loves.

One of the antagonists that Arvin has to face is the Rev. Preston Teagardin (Robert Pattinson), who is arguably the most evil character in the film. A man with a twisted agenda, his plotline provides commentary on church leaders who use their power to abuse others. Characters like the Rev. Teagardin force audience members to grapple with a difficult question: What does one do when everything they believed to be good turns out to be evil?

The quality of the production is undeniably exceptional. There is a wide variety of shots used that engage audience members when the plot slows down. The use of symbols, specifically the cross, provides an eerie presence that highlights the central themes of corruption and sinning. The murder scenes, while graphic, remain tasteful and contribute to the overall mood of the movie. They are not for the faint of heart, but, for those interested in cinematography, they may be extremely enticing.

Although the themes are intriguing, the film lacks clarity because of its complex structure. It is often difficult to remember who each character is and what their role is in the grand scheme of the plot. The nature of the film also makes for a long runtime of 138 minutes. This long duration, while necessary to introduce all of the characters, results in a drawn–out pace.

Although “The Devil All the Time” has an interesting premise, the overall structure of the movie makes it less engaging for viewers. Either cutting down on the storyline or breaking the movie up into a miniseries could have made the film clearer and the characters more defined. Viewers interested in typical thrillers may want to skip this film, but, for those with the time and concentration for two–and–a–half hours of contemplating good versus evil, this may be a perfect match.