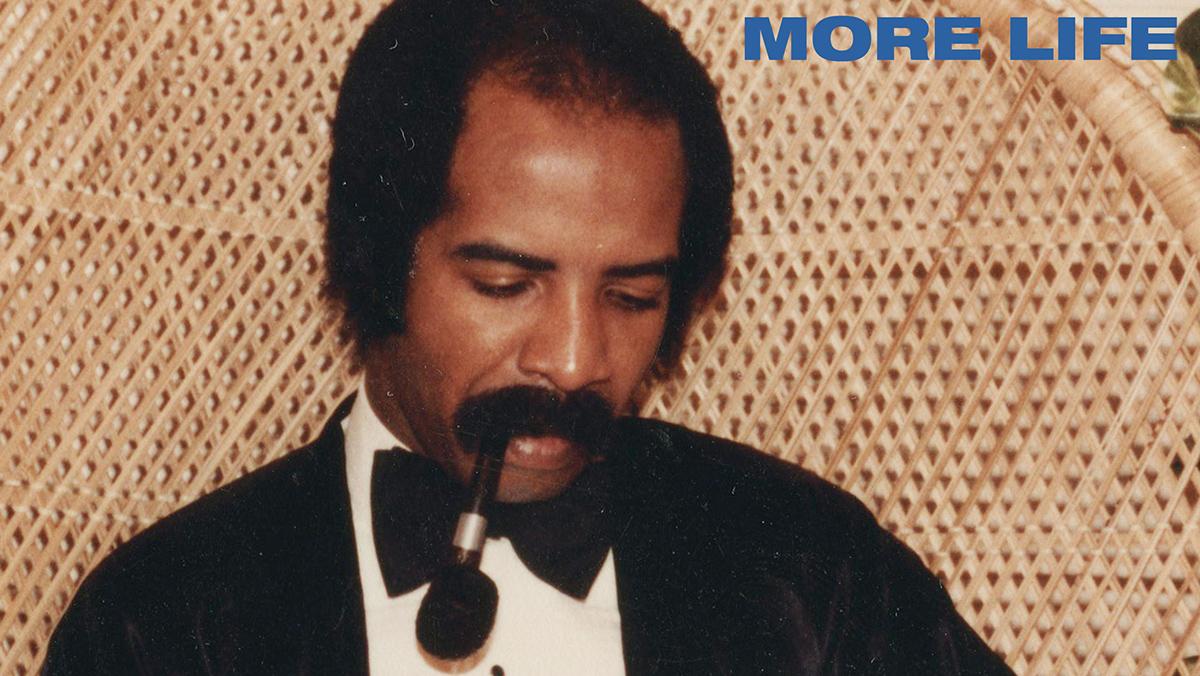 Less than a year after releasing his highly anticipated fourth studio album, “Views,” Toronto rapper Drake maintains his pop-rap fusion sound on his newest project, “More Life.” The playlist — Drake describes “More Life” as a playlist rather than an album or mixtape — highlights the Six God’s ongoing identity crisis between being a rapper and being a pop artist. While some would praise his versatility, the playlist comes off as Drake’s pandering to his fan base. However, its saving grace is the work of Drake’s longtime collaborator and the executive producer on “More Life,” Noah “40” Shebib. Shebib’s fantastic beats provided the playlist with many of its best moments.

As far as lyrics go, there’s nothing here that Drake hasn’t done before. The subject matter of the songs on this project alternate between two general topics: Drizzy’s struggles with fame and his troubles with the ladies. Songs like “Free Smoke,” “Portland,” “Sacrifices” and “Gyalchester” blend together into monotony. However, some solid guest appearances from hip-hop elites like Quavo, Travis Scott, 2 Chainz, Young Thug and Kanye West make the tracks more enjoyable for the added variety inherent to collaboration. Drake was also able to generate another potential round of radio hits with “Fake Love” and “Passionfruit,” the latter of which is reminiscent of “One Dance” on Drake’s previous album for its similarly repetitive beat and subject matter. Though Drake’s reliance on straightforward lyrics is one of his biggest weaknesses as an artist, he shows no sign of changing his ways. However, if he really wants to take the crown as the best rapper in the game like he constantly claims to be, he needs to put more thought into his subject matter.

Influences from the U.K. and Jamaica are prominent in “More Life,” making it fitting that the title of the playlist is itself a Jamaican slang term meaning “always changing, never ordinary.” Drake mentions the island nation several times on “Ice Melts,” and he even goes as far as rapping with a Jamaican accent on “No Long Talk.” Drizzy also borrows from his peers in the U.K., using some of their slang terms and collaborating with many artists from the U.K. over the course of “More Life.” This is most prominent in “No Long Talk,” featuring British MC Giggs, in which Drake uses slang from the U.K. along with his previously mentioned Jamaican accent.

The biggest problem with “More Life” is that it simply isn’t engaging. There’s no doubt that this project provides plenty of club hits and a few potential Top-40 radio tracks, but that is just about all it offers. Drake’s refusal to create music with true meaning and his generally monotonous and uninteresting voice make it hard to love “More Life” as a whole, but its individual parts provide some lively moments. Since the project broke all sorts of first-day streaming records on Spotify and Apple Music, it seems unlikely that the Six God will break from this form moving forward. However, it will be nearly impossible for him to achieve legendary hip-hop status if he continues to make pop music.