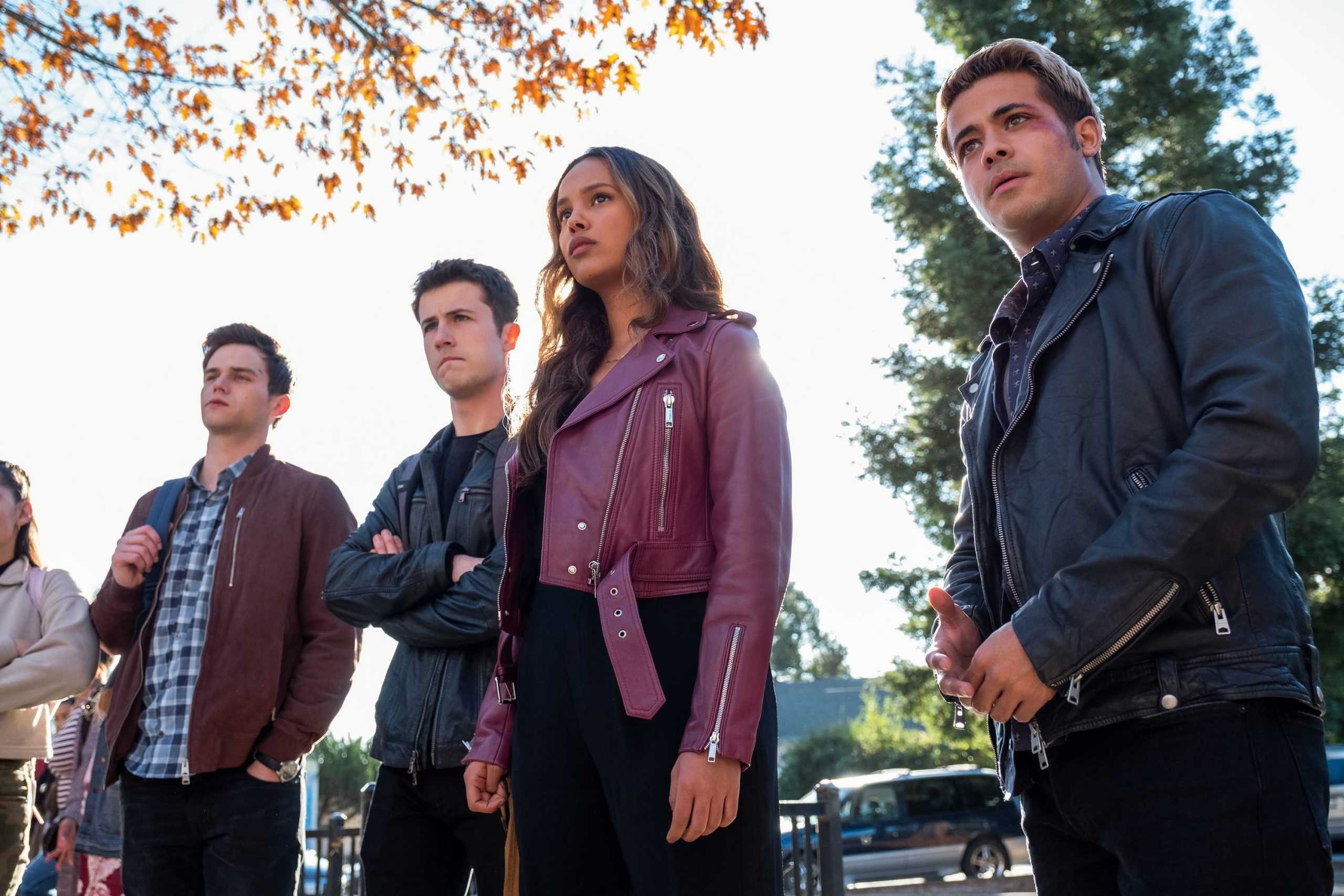 Courtesy of Netflix
The final season of "13 Reason Why" pushes through the shows controversial history to deliver an emotional conclusion. Although the show will always be marked for it flaws, the show dose not fall on past mistakes.
By Gabrielle Topping — Staff Writer
Published: June 19, 2020

After a group of classmates at Liberty High School successfully frame Monty de la Cruz (Timothy Granaderos) for the murder of Bryce Walker (Justin Prentice) in season 3 of “13 Reasons Why,” the ghosts of the dead haunt Clay Jensen (Dylan Minnette). Season 4, the final season of the Netflix series, delivers on its expectation of drama and suspense as the lies the high school seniors told in past seasons finally become too much to handle.

Most viewers can relate to the stresses of applying to colleges, but not the added guilt of being an accomplice to murder. The students are living in fear of the truth unraveling because Bryce’s murder case is still open. While past seasons have stirred up controversy for the way they portray mental illness, season 4 focuses on normalizing seeking help for mental health issues and addictions.

The first episode welcomes back Justin Foley (Brandon Flynn) from rehab after struggling with his heroin addiction in season 3. Clay also talks to a therapist twice a week to work through his panic attacks, hallucinations, anxiety and depression, which are the results of events from past seasons. It is important for audiences to see that many people deal with mental illness and that it is okay to seek professional help.

Jessica Davis (Alisha Boe), who Bryce raped, continues to advocate for sexual assault awareness and prevention in schools as she did in season 3. “13 Reasons Why” does an excellent job at portraying the different hardships that the characters face and how they go about handling them. The actors’ performances are full of conviction and assertiveness — a positive change from previous seasons — that contribute to the viewers’ investment in their stories.

After someone vandalizes Liberty High — a spray painted message that says “Monty was framed” — the school increases its security measures with metal detectors and security cameras. In an attempt to keep their students safe, the school achieves the opposite. A simulated active shooter drill traumatizes the students and causes them to fear for their lives, as the principal was the only one who knew this was a drill.

This real-life scenario is intense, causing Clay to suffer a nervous breakdown. Viewers will be uncomfortable with the aggressive violence on display, especially because the characters are manipulated into thinking the drill is real. The show further glamorizes the violent situation with multiple gunshot sounds and aggressive banging on the doors. The students’ terror, often shown through shots of their nervous breakdowns, is palpable and anxiety-inducing.

The students also experience police brutality in the halls of their own high school as a result of heightened security. When Justin and Diego Torres (Jan Luis Castellanos) get into a physical fight, the police officers explicitly target Diego because he is Dominican. These scenes demonstrate the racial profiling that cops subject students to. It is important to note that “13 Reasons Why” acknowledges there are law enforcement officials who abuse their power.

While “13 Reasons Why” has a handful of LGBTQ characters at the center of its story, some of these characters did not get the representation they deserved. For example, after Bryce was murdered in season 2 by Alex Standall (Miles Heizer), Monty chose jail over admitting he was gay, even though he had an alibi the night Bryce died. Monty risked his life in jail instead of admitting the truth about his sexuality. These scenes showed how gay characters lived in fear and were not accepted by the majority of the other characters in the show.

But season to season, the audience witnesses an evolution of perspective towards the LBGTQ community. Now in season 4, both Alex and Charlie St. George (Tyler Barnhardt) came out to their parents, were both supported and became the prom kings. This scene was monumental in showing that queer relationships are not only accepted but celebrated.

In the past seasons, “13 Reasons Why” has been controversial for its glamorization of suicide and handling of serious topics. But season 4 of “13 Reasons Why” is the most impactful and universally accepting season thus far, finally giving audiences a satisfying ending for the show’s characters. Although its past flaws may weigh it down, the series shows how, in the end, the students rallied together to evoke change against injustices.