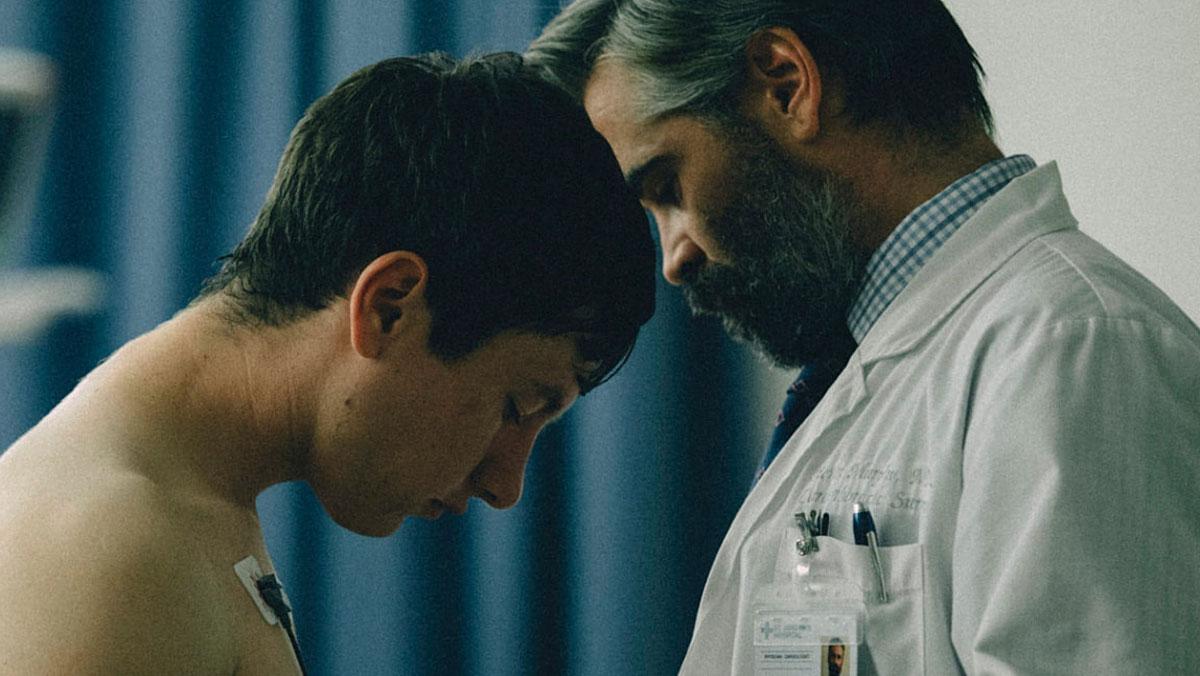 A24
“The Killing of a Sacred Deer” details Steven Murphey’s (Colin Farrell) relationship with Martin (Barry Keoghan) and the damage it does to Steven’s wife Anna (Nicole Kidman). The film is a twisted, surreal thriller.
By Liam Conway — Staff Writer
Published: November 14, 2017

The Killing of a Sacred Deer

Yorgos Lanthimos’ latest outing, “The Killing of a Sacred Deer,” is the most disturbing and suspenseful film made in a very long time. From the script to the cinematography, this film does absolutely everything it can to horrify and unsettle the audience. Watching this film feels like jumping into a void and falling in slow motion for two hours straight. The film’s intricate and mysterious plotline introduces a number of deranged sexual and violent undertones without hitting any of them directly. Right before it becomes impossible to stomach, the film ends and the viewer walks out of the theater with their eyes wide and their body trembling.

“The Killing of a Sacred Deer” tells the story of Steven Murphy (Colin Farrell) and his relationship with a teenage boy named Martin (Barry Keoghan). Though Martin seems innocent at first, his sinister intentions and disturbed personality come to light, and the consequences for Steven’s family are grotesque and extreme. The way certain events unfold and the way the perception of each character changes from the beginning to the end of the film is remarkable.

The cast of this film does a remarkable job conveying a vast range of emotions, but the two actors that are featured most prominently are Farrell and Keoghan. Farrell plays the main character Steven, a successful heart surgeon living outside Cincinnati with his family. There isn’t an exposition dump or a moment where Steven’s flaws are spelled out. He exists in a moral gray area and the slow reveals surrounding his character reinforce his complexity. Each layer reveals a facet of Steven — some of them are positive, but many are not. Keoghan plays a 16-year-old boy named Martin. In the first act, Martin’s odd mannerisms and nasal voice are annoying, and he is essentially a caricature. Once his backstory and relationship with the Murphy family are further developed, he evolves into a horrifying monster. This makes his cartoonish cluelessness at the beginning of the film feel much more intentional because he really isn’t so clueless.

Lanthimos’ writing and directing have been pushing their way to the forefront of American cinema in recent years, with releases like “The Lobster” in 2015. “The Killing of a Sacred Deer” is a further refinement of Lanthimos’ disturbing knack for making grim, thought-provoking films.

The attention to detail in the visuals works with the performances to deeply disturb the viewer, and that is what causes the performances to really shine. With cinematography from Thimios Bakatakis, each frame feels like it was crafted by a robot — the entire film has a cold, austere quality to it. Every frame feels unnatural, nothing is shot at eye–level and the camera is angled from either very high up or extremely low to the ground. Most of the film takes place in a hospital, and the extreme cleanliness and long barren corridors evoke themes of despair, bleakness and loneliness. With unbelievable meticulousness, “The Killing of a Sacred Deer” is both a visual and narrative wonder.

Although “The Killing of a Sacred Deer” is certainly a masterpiece of filmmaking, it does falter slightly, especially in the opening. In the beginning of the film, there is a heavy reliance on the score, which feels overblown and out of place. A scary theme is introduced before any disturbing visual or narrative elements come into play. Thankfully, after the first act, the soundtrack’s shrill, high-pitched strings and operatic vocals fit seamlessly and help convey the unsettling message that the two hours of story aims to get across.

Yorgos Lanthimos has an incredible capacity to inspire fear and anxiety — he is able to find horror in the mundane and make simple drama into a terrifying nightmare. “The Killing of a Sacred Deer” reminds the viewer how deeply a film can penetrate the viewer’s mind, creating a visceral message that evokes fear and discomfort.