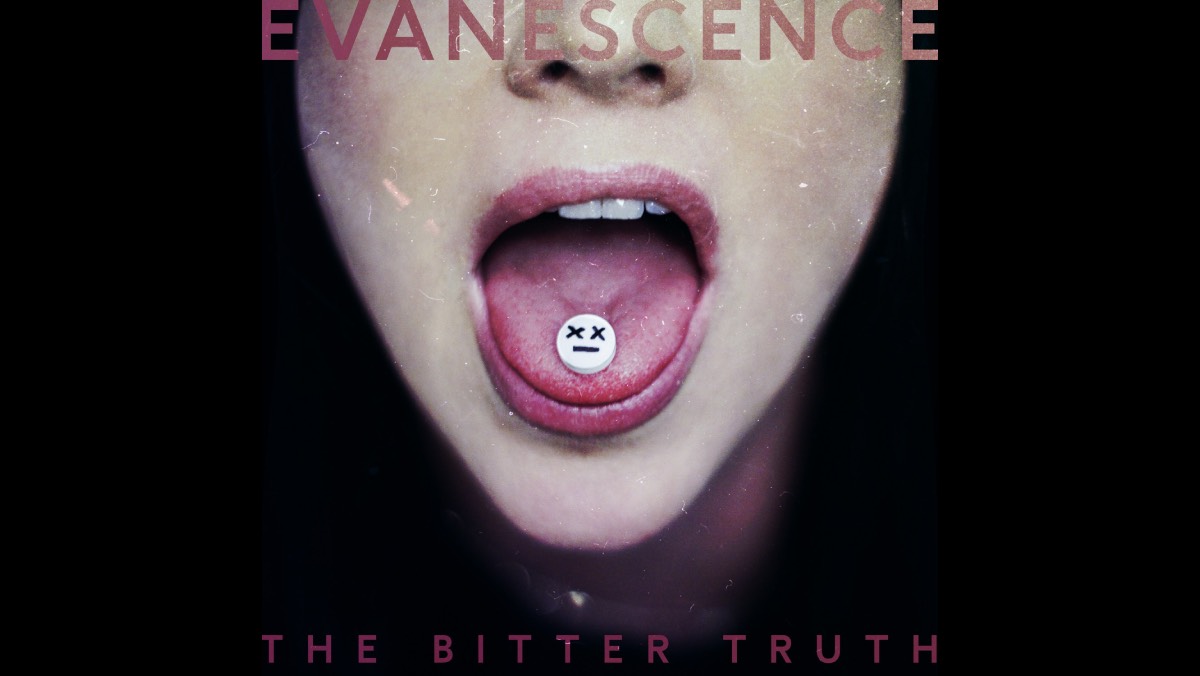 Courtesy of BMG Rights Management
“The Bitter Truth” is a nostalgia trip for Evanescence fans but perhaps a little too much of one. It’s not inadequate. It’s just stale.
By Maddy Martin — Life & Culture editor
Published: April 8, 2021

Pull out the studded belts and use up the pencil eyeliner because Evanescence, the hit rock band of the late 90s and early 2000s, is back — and it has not changed.

“The Bitter Truth” is Evanescence’s fifth studio album and the band’s first time releasing original content since 2012. The band took a hiatus from 2007–09 and 2012–15, announcing in 2015 that it would not release any new music as lead singer Amy Lee was focusing on a solo career. The band’s previous album, “Synthesis,” which was released in 2017, contained reworkings of the group’s old songs. With fans aching with anticipation, “The Bitter Truth” has been a long time coming.

The 12 somber tracks on “The Bitter Truth” are nearly indistinguishable from each other and all other songs previously produced by the band. Lee’s raspy, whispering vocals run throughout the album, filling listeners’ ears with lyrics of pain and protest. Joining Lee are heavy guitar lines and blasting drumbeats that too frequently threaten to drown her out. It’s as if the rest of the world has continued on while Evanescence remains trapped in a time loop that ended in 2003.

The album opens deceptively uniquely with “Artifact/The Turn.” The song delivers a wavering, echoing psychedelic sound with surprisingly sparse vocals for an Evanescence song. A distorted synth line carries the listener through the song in place of the band’s usual roaring guitar, while a light drumbeat propels the song forward near the midpoint. The track gets the listener ready for the classic Evanescence angst that comprises the rest of the album, but with a slightly modern twist that is refined by the band’s decades of experience. While the album’s production within the individual tracks isn’t anything special, let alone good, the album’s layout is not to go unnoticed. Near the end of “Artifact/The Turn,” Lee’s vocals transition seamlessly into the next track “Broken Pieces Shine,” her final note from one song starting off the next.

But “Broken Pieces Shine” tears the listener back into the heyday of Evanescence. The harsh drumbeat and ripping guitar return, while Lee’s gravelly vocals fill nearly every second of the track’s runtime. The preceding tracks, “The Game is Over,” “Yeah Right” and “Feeding the Dark,” are more of the same and all too reminiscent of the “Fallen” era of Evanescence. “The Bitter Truth” has only a few standouts, like “Use my Voice” and “Better Without You.”

Despite the lack of change to the band’s sound, Evanescence has stepped into politics. Lee comes to “The Bitter Truth” ready to scream about the injustices of the world into her microphone. Lee has previously tried to avoid talking politics in her music and in public.

The track “Use My Voice” was originally released in August 2020 to encourage participation in the 2020 presidential election. Throughout the song, Lee sings about not letting her life be defined by the opinions of others with blunt lyrics like, “Label me ‘bitch’ because I dare to draw my own line,” and “Gather your friends and wave your gun in my face, but I will use my voice.” Backing Lee on the track are the vocals of other female rock stars like Halestorm’s Lzzy Hale, Taylor Momsen of The Pretty Reckless and Sharon den Adel of Within Temptation, creating a literal and metaphorical chorus of strong female voices throughout the song. With a riveting, heavy bassline, the song is classic Evanescence — but it’s Evanescence at its best.

“Better Without You” is another song that isn’t particularly game–changing for the band but reflects the best that Evanescence has to offer. The chilling track starts out with a faint music box melody before breaking into an anthem consisting of a blaring guitar and Lee’s half–whispered, half–screamed lyrics about leaving a toxic relationship. However, the mixing on the song is poor, as Lee’s voice is swallowed by the dense instrumentals that surround it.

Shaped by the pandemic and a turbulent political landscape, “The Bitter Truth” treads new ground for the band’s subject matter, but little has changed everywhere else. The album is a nostalgia trip for Evanescence fans but perhaps a little too much of one. It’s not inadequate. It’s just stale.