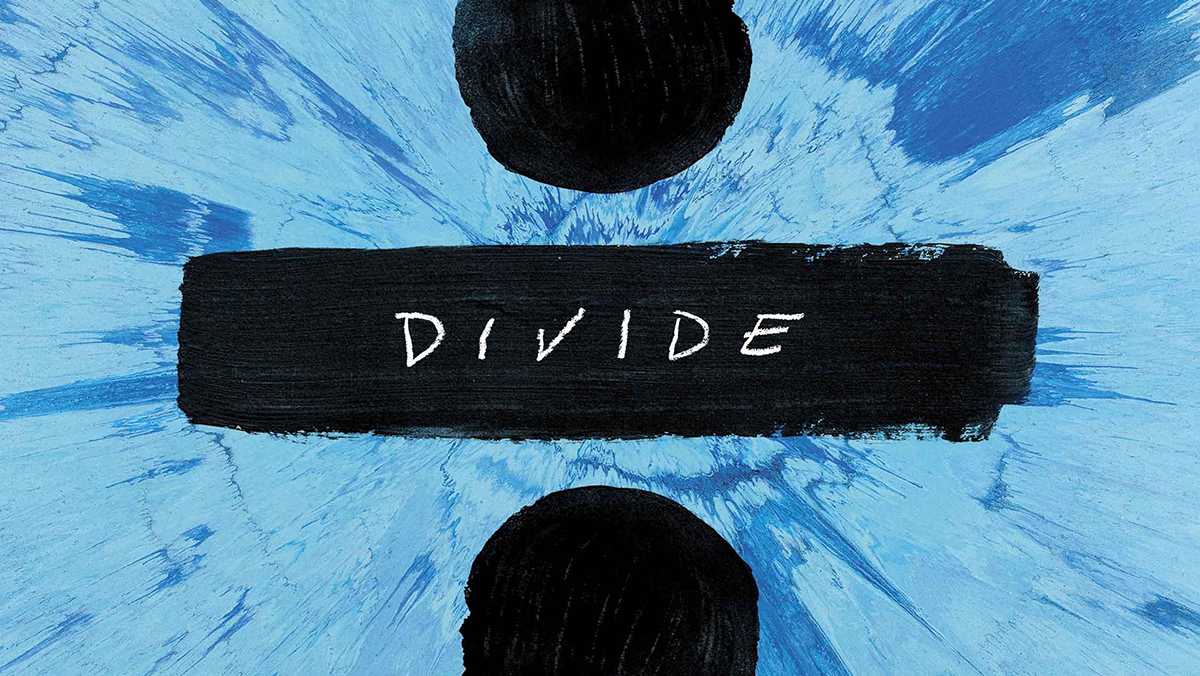 Asylum records
"Divide" is Ed Sheeran's follow up to his 2014 album, "Multiply." Sheeran released two tracks from "Divide" in anticipation of the albums release on Mar. 3.
By Serena Weiss — Contributing Writer
Published: March 7, 2017

After a yearlong hiatus, Ed Sheeran has returned with an incredibly impressive third album, “Divide,” released March 3. The release of two singles from “Divide” — “Shape of You” and “Castle on a Hill” — earlier this year foreshadowed the greatness that was to come. “Divide” is full of different styles of music; there’s a song for every listener. The British singer-songwriter incorporates rapping, fast-paced pop songs, lovely ballads and a soulful voice with varied instrumentation into a stellar follow–up to his previous work.

Sheeran reflects on his life and fame through a combination of rap and acoustics in his opening song, “Eraser.” The lyrics “I beg you, don’t be disappointed with the man I’ve become” share his concerns about his image. While the rap on the track is good, the chorus is the part that sticks out. Sheeran’s soothing voice is often more appealing than his rapping. This song demonstrates his classic sound, but as the album progresses, listeners hear Sheeran venture into other musical territory.

Some heart-wrenching ballads include “Perfect” and “Dive.” “Perfect” — an ideal wedding song — is a step up from Sheeran’s old tune “Thinking Out Loud” from the album “Multiply.” “Perfect” is the kind of romantic ballad fans expect from Sheeran. The swoon-worthy lyrics effortlessly evoke the feelings of a person finding love. The 26-year-old crafted the song solo, making an already emotionally impactful song even more impressive. “Perfect” is also mechanically sound: The track flows from verse to chorus so seamlessly that the listener will be swept up in the music.

Another powerful song is “How Would You Feel (Paean),” a song filled with gorgeous vocals accompanied by twinkly piano keys, an acoustic guitar and string instruments. Sheeran’s voice is able to stand out because the gentle instruments don’t bury him: The emotionally driven track focuses on Sheeran’s vocals and is all the better for it. That said, the subtle instrumentation gets a moment to shine during a pretty solo, which works well and prevents the lyrics from being overbearing. Ballads like “How Would You Feel (Paean)” are successful because Sheeran keeps them simple.

“What Do I Know” is a track that isn’t as familiar as these other songs. The anthem is a perfect mix between Jack Johnson and John Mayer. The soft strumming of the guitar brings a sense of ease and relaxation to listeners’ ears.

It seems like Sheeran was heavily influenced by his travels in 2016. “Divide” features songs with Spanish, Irish and African influences. His use of different rhythms diversifies the album and signifies a shift away from his musical comfort zone. There is rarely a dull moment on “Divide” because Sheeran doesn’t stick with one style for too long.

Songs like “Galway Girl” and “Nancy Mulligan,” for instance, are reminiscent of Irish folk songs. Sheeran raps on “Galway Girl” while an acoustic guitar and fiddles play in the background. It shows Sheeran’s fun side, which helps balance the album. The tracks make listeners feel like they’re in an Irish pub, immersed in Ireland’s lively music scene.

“Barcelona” is a rhythmic number full of upbeat instrumentation on guitar and percussion. The Suffolk artist even sings out some Spanish phrases, which is a pleasant twist and will catch listeners off guard. The African-inspired “Bibia Be Ye Ye” continues the vibe of “Barcelona” and is even more energetic. These are standout songs that will give the listener wanderlust.
Sheeran demonstrates his skills on “Divide” — the assortment of sounds on this record is diverse, and Sheeran’s dedication to independence is especially ambitious. It’s impossible to see how he could ever top “Divide.”