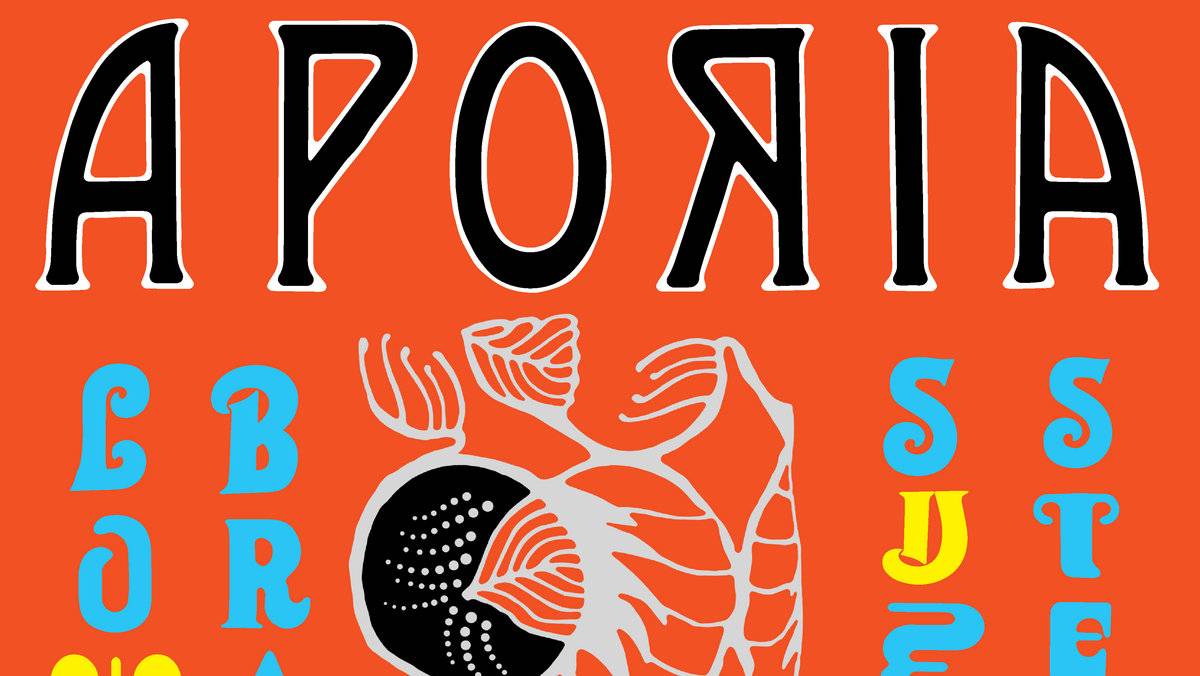 Courtesy of Asthmatic Kitty
Sufjan Stevens' instrumental album is anything like his usual genre of music — soft indie folk and baroque pop — but it's not quite unexpected either. Stevens builds on his previous endeavors in electronic music to create "Aporia" with his stepfather and collaborator, Lowell Brams.
By Kara Bowen
Published: April 26, 2020

Sufjan Stevens’ choice to release “Aporia,” a completely instrumental, electronic album in collaboration with Lowell Brams, didn’t come out of left field. It expands on his previously demonstrated electronic edge. “Aporia” is tumultuous and uninhibited, and its hodgepodge of strings, piano and electronic effects is disorientingly pleasant.

Stevens’ discography can be lumped into two general categories. The first is delicate, mournful acoustic with Christian undertones to its confessional lyricism. Think of the lush melodies of “Mysteries of Love” or the whispered pleas in “John My Beloved,” so characteristic as to be parodied by the likes of comedian Chris Fleming. The second half of Stevens’ music is the opposite — chaotic, maximalist and dominated by electronica, like the warping instrumentals of “Vesuvius” or “Impossible Soul.”

“Aporia” fully falls into the latter category. The album was culled from a collection of jam sessions with Stevens and his stepfather, Lowell Brams, the same man featured in Stevens’ 2015 album “Carrie and Lowell.” Due to the improvisational beginnings of “Aporia,” all the tracks feel meandering and experimental. Despite, or perhaps because of, this effect, their fuzziness and ambiance are cohesive. Like much of new age, semipsychedelic electronica, it’s hard to listen to the music without thinking of a fantasy narrative. The album sounds like a soundtrack to a magical world.

Even the titles of the songs allude to some kind of mystical, unfamiliar wonder. In typical Stevens fashion, song titles are obscure and referential. Titles like “Afterworld Alliance,” “The Lydian Ring” and “Conciliation” fall into this fantasy atmosphere. Other titles are academic and Greek-derived. They could just as easily leave breadcrumbs to possible meanings, or they could be randomly assigned. “Misology” is the hatred of reasoning or debate. “Matronymic” describes personal names that come from a female ancestor. “Eudaimonia” is a state of human flourishing. The album name itself has a similarly obscure meaning: Aporia is a logical contradiction in theory or argument that’s impossible to resolve.

The album title reflects a contradiction and impasse in the music itself. Heady strings and drawn-out piano chords are punched through by harsh, machinelike, industrial beats. The two elements never fully integrate, but the imbalance is both off-putting and spectacular. A crunching, fuzzy beat pierces through “Agathon” and stabilizes a distorted flute and rising strings like a metal rod in a spine. “Afterworld Alliance” fades out on glitchy beeping, while the sound in “Backhanded Cloud” can best be described as a swirling, electronic buzz. The sounds are dynamic and overwhelming without becoming cacophonic.

The word aporia may mean an unsolvable impasse, but “Aporia” as an album does sound fully resolved. The album’s songs wander, issuing a challenge to predict their patterns or final destinations. Listening feels uncertain. But for all his wandering, Stevens is able to make experimental electronica that is still listenable and even pleasant at its core — a skill rarer than it seems. As much as the journey may twist like a real fantasy narrative, the album ends up delivering the listener to safety, as they trust it and let themselves go into the music.