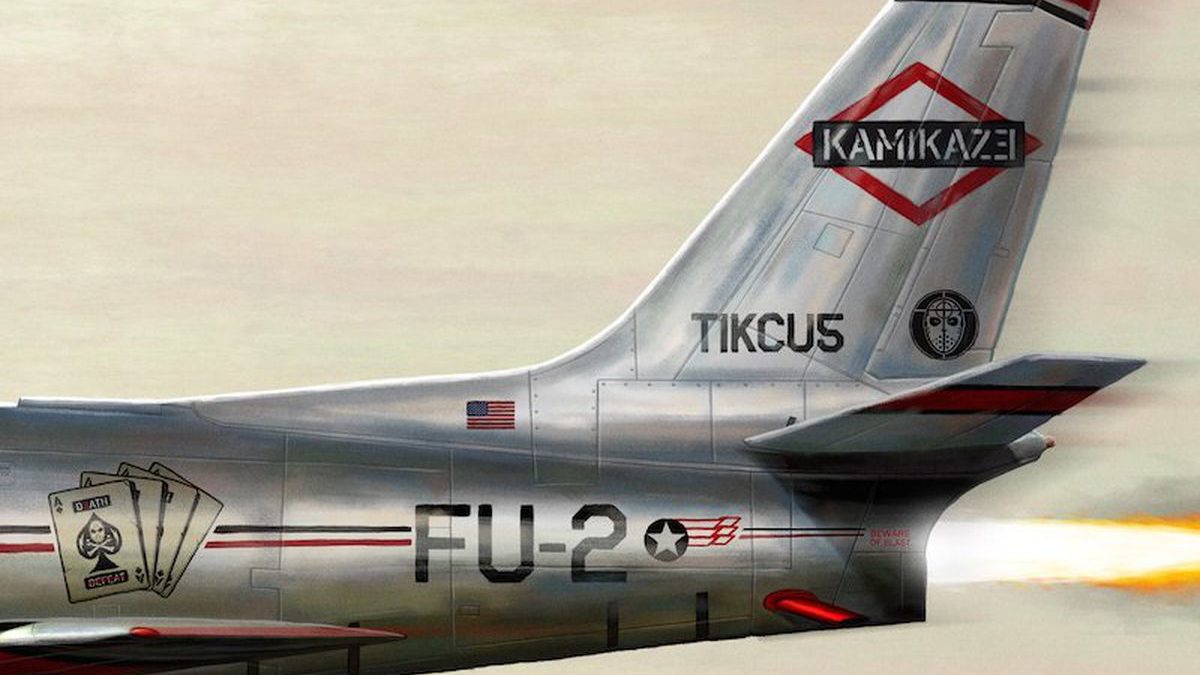 Eminem became the latest artist, following the likes of Beyoncé, Radiohead and Frank Ocean, to participate in the surprise album trend with his 13-track project, “Kamikaze.” Following the disappointing “Revival,” Eminem has decided to respond to the panning that “Revival” received by expressing his feelings for his critics through his music. But in “Kamikaze,” his response to that criticism is generally lackluster.

Eminem’s early career was controversial, to say the least. While he undoubtedly had an incredible talent for the art of rap, his lyrics were often hyperviolent and vexatious, full of revenge fantasies and homophobic slurs. As his career continued, he began to soften his edge, which ultimately led to the watered-down catastrophes known as “Relapse,” “Recovery” and “Revival.” Out of his last four albums, only the “Marshall Mathers LP 2” could be considered a standout release.

So with the quality of his music in a steady decline, Eminem decided that in “Kamikaze,” instead of improving as an artist, he would be better off making straw men out of his critics. Normally the people being verbally attacked by Eminem are the losers in this game of criticism, as evidenced by his sheer dominance in the art of battle rapping. But because of Eminem’s transformation into a parody of himself — an artist who raps quickly without substance — most of the lyrics sound nonthreatening.

Some of the disses are clever, like the one directed at Machine Gun Kelly in which Eminem raps, “But next time you don’t gotta use Tech N9ne/ if you wanna come at me with a sub/Machine Gun.” However, in other songs, the disses resort to basic name calling. This is especially true of the diss toward Tyler, The Creator in “Fall,” on which Eminem refers to Tyler using a homophobic slur. While both artists have used the slur before in their music, Eminem’s use of the slur is uncomfortable, given that Tyler has expressed having same-sex attractions in his recent material. Although the slur is censored by a record scratch, its usage is strongly implied, and there is no way that another word was used.

Eminem’s use of the slur is indicative of him reaching into his past to find that edge that he lost, but he fails to bring back anything of value. Even though his older work was controversial because of his edginess, it was a vibrant and creative expression of his emotional state. On a purely technical level, his ability to manipulate the English language in his flow and rhyme schemes is impressive. Where it fails is in his constant braggadocio about his ability and his prowess as a rapper. He sounds empty and robotic, far removed from the passionate emotion that made his early albums classics. It comes off as if he thinks he is above criticism because of his talent and his status as a rap icon.

The instrumentals on “Kamikaze” are largely trap-influenced, and in some places, Eminem actually sounds lively and on top of his game on these beats. In others, it sounds like Eminem is doing a bad Migos impression. The song “Not Alike” sounds like it had its chorus lifted straight from the Migos track “Bad and Boujee.” It’s a cringeworthy moment that derails what would be an otherwise good song.

While Eminem’s back catalog has become a treasure trove of rap classics, his later work has been anything but. “Kamikaze” follows down this similar road of weak lyricism and chart-driven instrumentals. While the album is not a complete disaster like “Revival” was, it does not possess the same intensity and passion as Eminem’s finest work. The only thing “Kamikaze” offers is a continuation of the crash and burn that has been Eminem’s later career.