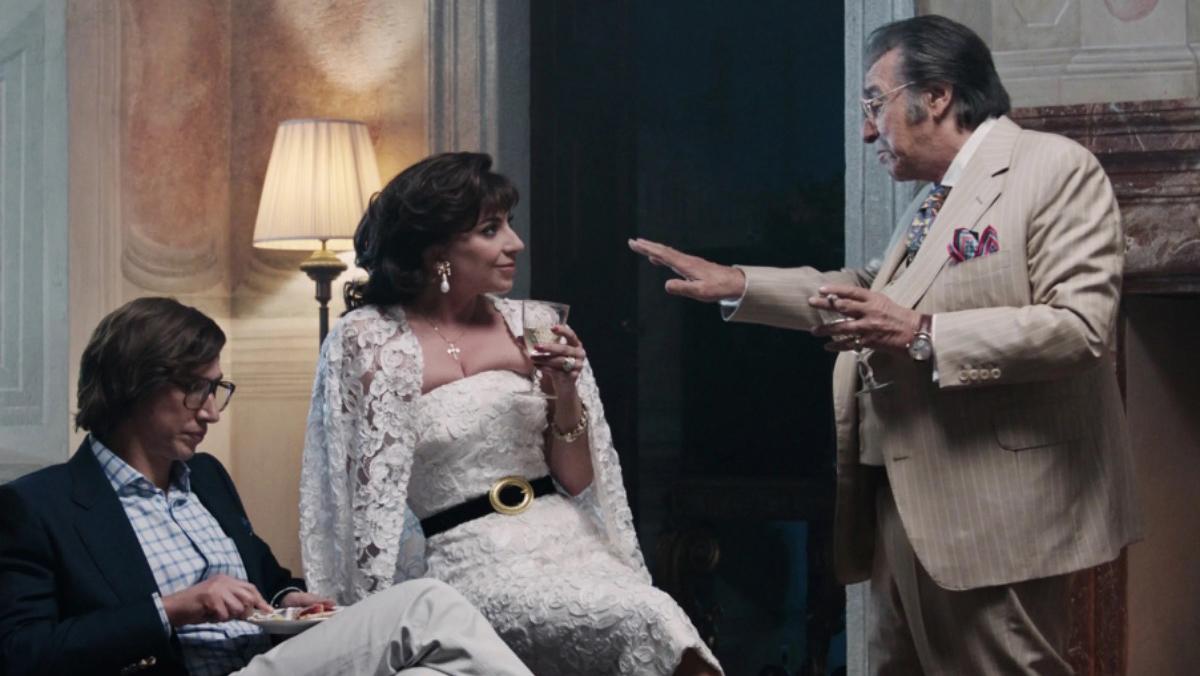 Family legacy, decadence, love, betrayal, revenge and murder. These themes take the audience on the whirlwind story of the “House of Gucci.”

“House of Gucci” is Ridley Scott’s adaptation of Sara Gay Forden’s book “The House of Gucci: A Sensational Story of Murder, Madness, Glamour, and Greed.” This film was under the renowned direction of Scott, also known for titles like “Gladiator,” “Hannibal” and “Alien.” This film illustrates the rise and fall of the Gucci family within its fashion empire. The timeline begins when Patrizia Reggiani (Lady Gaga) meets Maurizio Gucci (Adam Driver) at a party. As the relationship picks up, doubt and concern are raised for Patrizia due to her humble background. Her ambition is both her biggest strength and weakness and, in the end, her downfall when she organized the murder of Maurizio Gucci.

Though Lady Gaga has spent her career earning her popstar title, she has garnered a multitude of acting credits along the way, with previous appearances in “A Star is Born,” “American Horror Story,” “Machete Kills” and “Sin City: A Dame to Kill For.”

In “House of Gucci,” the chemistry between Gaga and Driver is kismet. Both beautifully characterizing the common “date, marry, children, divorce” relationship. Driver does a lovely job convincing the audience of the story, while Gaga truly holds to her Italian accent, feminine energy and raw emotion. To that point, Gaga does justice to her Italian roots. It is apparent to the audience that she takes her role seriously.

This film has an odd sense of feminism, featuring characteristics of an anti-hero. During press tours, Gaga is quoted saying, “I don’t believe in the glorification of murder. I do believe in the empowerment of women.” The plotline paints the picture of Patrizia making space for herself within the Gucci dynasty, with little regard for what others think of her. She is portrayed as ruthless and manipulative and it is hard to tell if this was an accurate depiction of the real life story, but Gaga’s portrayal injects a sense of empowerment for women. Again, grain of salt because she was convicted of murder.

As for the rest of the cast, there was an attempt to carry out the same Italian accent Gaga holds, but ultimately most fall short. Actors would occasionally break, taking the audience out of the cinematic fantasy. The most common moments are when Jeremy Irons is on the screen as Maurizio’s father, Rodolfo Gucci. Actor Jared Leto (Paolo Gucci) gives Al Pacino (Aldo Gucci) a run for his money for the strongest supporting actor.

With a runtime of 2 hours and 38 minutes, it’s hard not to get pulled in and out of the film. Toward the end, audiences will become antsy, but focus can be somewhat regained during and after the murder of Maurizio.

Patrizia was dubbed the “Vedova Nera (Black Widow)” when she was caught two years after Maurizio’s murder from an anonymous tip. Maurizio’s father must be rolling over in his grave, thinking he predicted that Patrizia was only interested in the Gucci name. Maurizo was cast out of the family for some time due to his intended engagement and subsequent marriage to Patrizia instead of listening to his father. Though audiences may never know if she truly loved Maurizo or was in it for the power and money, the film ends with Patrizia making the judge in her court trial address her as Patrizia Gucci.

Staying on brand, Patrizia was able to be put on parole with work release but refused, saying, “I’ve never worked in my life, and I’m certainly not going to start now.”

Review: Lady Gaga sparkles in ‘A Star is Born’