Review: Game of Thrones prequel is a return to form 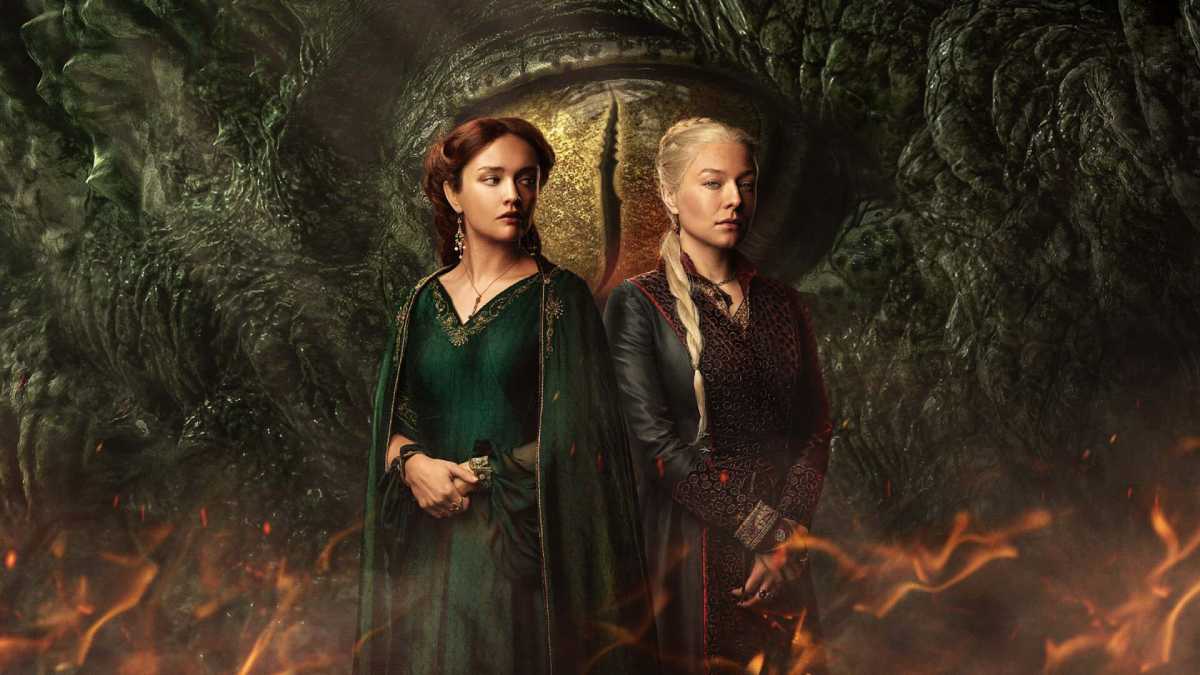 House of the Dragon

With winter quickly approaching, look no further for the next bingeable show to watch than HBO Max’s latest series, “House of the Dragon.” After its precursor “Game of Thrones” (2011–2019) finished on a rather sour note, leaving many viewers dissatisfied, “House of the Dragon” has come out with dragons blazing to redeem the franchise and successfully transport viewers back to the fantasy world of Westeros.

“House of the Dragon” — which takes place roughly 200 years before the events of “Game of Thrones” — tells the story of House Targaryen whose patriarch, King Viserys I Targaryen (Paddy Considine), currently sits upon the iron throne. The season follows the continuous and ever-changing battle for succession between Princess Rhaenyra Targaryen (Milly Alcock in the beginning of the season/Emma D’Arcy in the later episodes), Prince Daemon Targaryen (Matt Smith) and Prince Aegon Targaryen (Ty Tennant), all possible heirs to the iron throne. In typical Game-of-Thrones style, as the season progresses, the conflict snafus as characters are at each others’ throats, battling for legacy, loyalty and their birthrights.

“House of the Dragon” serves as a textbook example of how to properly develop a show. The pilot “The Heirs of the Dragon,” directed by Miguel Sapochnik, successfully brings viewers into the world and introduces them to this wide cast of characters without relying too much, if at all, on the lore surrounding “Game of Thrones.” Throughout the rest of the season, the writing and directing continue to excel spectacularly as audiences are compelled to love, hate and root for these polarizing characters. The drama and webs that are woven are incredibly Shakespearian in the best of ways, making this season arguably some of the best–paced television writing audiences have seen in years.

The most daunting challenge that this season of “House of the Dragon” had to conquer was a time jump, as the narrative spans over roughly 20 years. Many speculated that this would easily be the show’s downfall as it had to transition to new lead actors halfway through the show, but this was not the case. The writing was masterful, leaving the audience with the feeling that they had just bore witness to the decades of strife and mounting tensions between opposing forces.

Most exquisitely, season one does not sacrifice any of its narrative integrity or complex character weavings for its equally stellar cinematography and special effects. Similar to “Game of Thrones,” viewers can expect to see gore, battle — though still nothing quite to the scale of “Game of Thrones” yet — and, of course, sex. Most notably, the dragons and sets designed in postproduction with CGI look absolutely remarkable. The dragons occupy this brilliant space of looking terrifyingly real in addition to being marvelous. Season one also has so many brilliantly executed long takes that are a technical feat in addition to an acting one.

The sheer talent that the actors involved in “House of the Dragon” display is masterful. In the first half of the season, the actors who play the young Rhaenyra Targaryen (Alcock) and Lady Alicent Hightower (Emily Carey) are exceptional as they navigate their complex characters. Smith wonderfully depicts his nuanced character, Daemon Targaryen, who has one of the most staggering arcs of the season. The stand-out talent of this season — and the one who should receive the most critical praise — is Considine in the role of King Viserys. The growth and dimension that Considine brings to the character of Viserys is profound; he is especially a marvel in episode eight, “The Lord of the Tides,” directed by Geeta Vasant Patel. The journey that Viserys endures in season one could have easily made him an unlikeable character with a lesser actor, but Considine manages to make Viserys an incredibly heartfelt character that some viewers may even fall in love with. The leading talents that will usher the show into its second season, Olivia Cooke as older Alicent Hightower and D’Arcy as older Rhaenyra Targaryen, will surely continue to demonstrate their prowess.

Season one of “House of the Dragon” is an incredible journey from start to finish. All elements of the show culminate to create an exceptional viewing experience worthy of the big screen. Season one leaves viewers insatiably wanting more and ready for the bloody battle that is sure to come in season two.