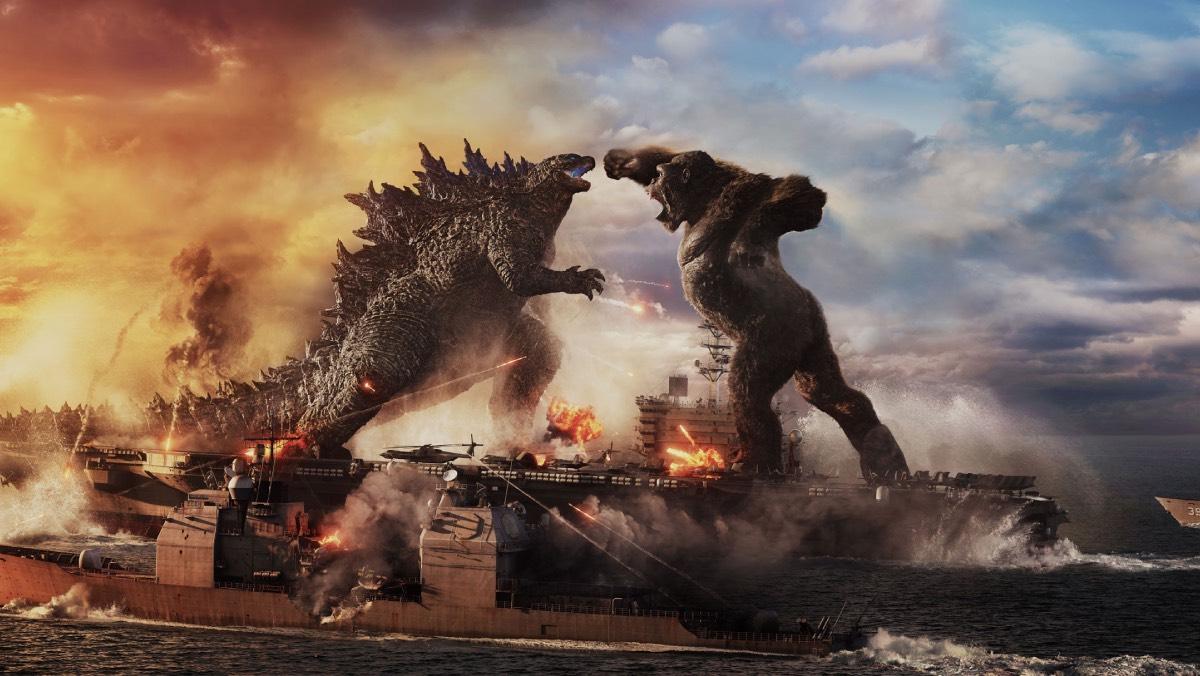 “Godzilla vs. Kong” is a new monster action movie directed by Adam Wingard and is the fourth installment in Warner Bros.’ “MonsterVerse.” After acquiring the rights from Toho, the original creators of the Godzilla franchise, Warner Bros. has been attempting to create its own cinematic universe that can rival Marvel’s. After three previous movies with mixed reviews, this clash of monsters is a breath of fresh air.

“Godzilla” from 2014 is a slow drag that does a great job of building up the monster but fails to excite when it comes to the actual fight scenes. “Kong: Skull Island” from 2017 does a better job of placing the monsters in the forefront, but it falls apart with too many plotlines and cookie-cutter characters. “Godzilla: King of the Monsters” from 2019 was another attempt to revive the franchise with mixed results. The return of classic Toho monsters to the series like Mothra, Rodan and King Ghidorah creates epic moments throughout the film, but the storyline feels very cartoonish.

Now after seven years of waiting, the build-up to this fight between Godzilla and King Kong has fans on the edge of their seats.

As Godzilla begins rampaging across the globe, humanity has to recruit Kong to stop the unstoppable titan. Kong and his human protectors go on a perilous journey to the Hollow Earth, a hidden world in Earth’s core where monsters roam freely. There, they must find the power source that the technology organization Apex is trying to obtain for its own sinister reasons in order to combat Godzilla. As mysteries and conspiracies are revealed throughout the film, a new threat emerges that puts the world in a state of jeopardy — one that may end the reign of the monsters.

The main problem with these types of movies is trying to form connections between the human characters and monsters. Unlike Marvel or DC, in which the superheroes can talk to each other, monsters like Godzilla and Kong tower over the other characters, making it impossible for a dramatic connection to form between a human and a nearly 400-foot tall lizard.

However, “Godzilla vs. Kong” finds a way to bring the monsters and human characters together. Kong befriends a young deaf girl, Jia (Kaylee Hottle), who is able to communicate with Kong through sign language. Hottle is deaf in real life, and this movie highlights people with hearing disabilities in a positive light.

Unfortunately, the main characters in this movie are just more cookie-cutter tropes that have been seen in previous installments. Even though the actors try their best with the flat script, the characters are as hollow as the hidden world they discover in the film. Main protagonists like good-guy scientists Dr. Nathan Lind (Alexander Skarsgård) and Ilene Andrews (Rebecca Hall) are forgettable. While they don’t do anything to stagnate the film, they also do nothing to move it forward in an emotional or dramatic way.

The movie feels like an homage to the cheesy and high-paced monster films that Toho made in the 60s. The fight scenes are the highlight of the movie. The main problem with the other films in this franchise is that the monsters were either barely in the films, or the fight scenes were so blurry in the dark or rain that they couldn’t be seen. In this movie, Godzilla and Kong are fighting right out in the daylight, and when they do fight at night, they are highlighted by gleaming neon lights in Hong Kong.

Do not expect the emotional drama from a Marvel movie or the deep narrative found in “Zack Snyder’s Justice League.” It has classic kaiju movie tropes, including seedy organizations and the exploration of new lands dominated by titans who will be familiar to fans of the franchise.

The film is just a simple, fun monster movie. A movie like this is aimed at the hardcore fans of the Godzilla franchise, and it doesn’t ask much from its audience. It’s a quick popcorn flick, reminiscent of a B-movie, that requires the viewer to turn off their brain in order to get the full experience.