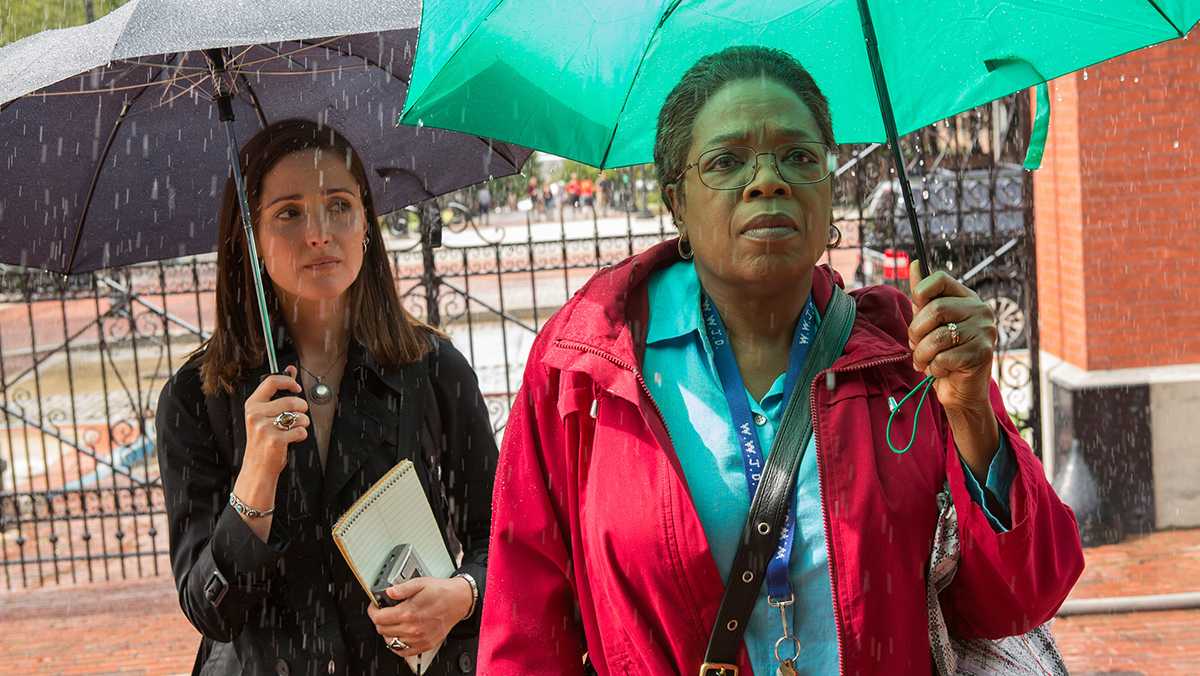 HBO
"The Immortal Life of Henrietta Lacks" is an adaptation of the 2010 nonfiction bestseller by Rebecca Skloots. The film follows Rebecca (Rose Byrne) as she uncovers the truth about one of the most important medical events of the 20th century.
By Jake Leary — Assistant Life and Culture Editor
Published: April 26, 2017

The Immortal Life of Henrietta Lacks

For every cured disease and launched rocket, there are human beings with dreams and pains who persevered to enable such greatness. “The Immortal Life of Henrietta Lacks” is one of these stories — but the film adaptation fails to capture the powerful narrative that inspired it.

Directed by George C. Wolfe and aired on HBO, “The Immortal Life of Henrietta Lacks” is an adaptation of the book of the same name. The film tells the true story of Rebecca Skloots’ (Rose Byrne’s) mission to uncover the truth about Henrietta Lacks, a woman whose cancerous cells were taken without her knowledge during an operation and used for decades of scientific research. Rebecca seeks out Henrietta’s daughter, Deborah (Oprah Winfrey), to help her understand the Lacks family’s personal life for Rebecca’s book.

Though the story is told through Rebecca’s eyes, Winfrey’s performance as Deborah dominates. Her emotional monologues about her mother and her traumatic childhood ooze a tenderness and potency that Byrne’s constant wide-eyed awkwardness can’t top.

This dichotomy is partially the result of the film’s plodding pacing. Unlike “All the President’s Men,” “Spotlight” or countless other films in the journalism drama subgenre, there is no sense of urgency in “The Immortal Life of Henrietta Lacks.” There is no major obstacle that the protagonists overcome — there is barely a central conflict. The other issue is the characters themselves: Rebecca simply isn’t interesting. She has no background or notable character quirks to make her screen time memorable. Rebecca is clearly the audience’s entry point to the story, but it’s difficult to engage when the brain behind the investigation is so bland. Deborah, on the other hand, is a deeply troubled woman, haunted by her past, baffled by the fate of her mother and infuriated by the lies she’s been told. Every outburst, every breakdown reveals a new layer of her grief that results in an illuminating and honest performance.

Unfortunately, some of the emotional resonance is muddled by a glaring inconsistency: Deborah talks about her mother as though she knew her, but Henrietta died when Deborah was two years old. How could she speak so eloquently about a woman she never truly met? The most poetic moments in “The Immortal Life of Henrietta Lacks” are those in which Deborah opens up about her mother, but those impossible insights only act as hollow plot devices to garner sympathy for the character. The film is full of missing chunks and inconsistencies, like Deborah’s ambiguous relationship to her mother, which spoil the narrative resonance of the story.

It seems as though the 94-minute runtime is only a fraction of the story. Resonant thematic conflicts beg for further exploration, but that depth simply isn’t there.

The use of Henrietta’s cells after her death has profound philosophical implications that the film ignores entirely. Is a person more than the sum of their parts? Does consciousness exist on a cellular level? And ultimately, what does it mean to be human? The groundwork for these questions is laid out but never built upon. The primary conflict is little more than an afterthought, and as such, the final moments of the film are hollow. It isn’t the job of art to answer questions, but to ask them — “The Immortal Life of Henrietta Lacks” does the bare minimum.

The crucial racial underpinnings of Henrietta’s immortality are missing from the film. Deborah and her siblings receive no compensation for the major medical market that sprung up around their mother’s cells. They face abuse. They face anxiety and post-traumatic stress disorder and a slew of other mental illnesses. They are systematically ignored or mistreated based on their race. It is unlikely that Henrietta’s cells would have been taken without her knowledge if she was white. There are moments where this issue of social injustice is brought to light, but it’s an afterthought — an obligatory measure so filmmakers can market the film as socially relevant without actually exploring difficult issues.

Henrietta’s real immortal life is a fascinating chapter in the history of scientific achievement. The movie adaptation, however, is a shallow recreation that lacks the narrative quality HBO viewers have come to expect. Despite Wolfe’s attempt to craft a nuanced story that drills to the core of familial experience, “The Immortal Life of Henrietta Lacks” barely goes skin-deep.

“The Immortal Life of Henrietta Lacks” is available on HBO.