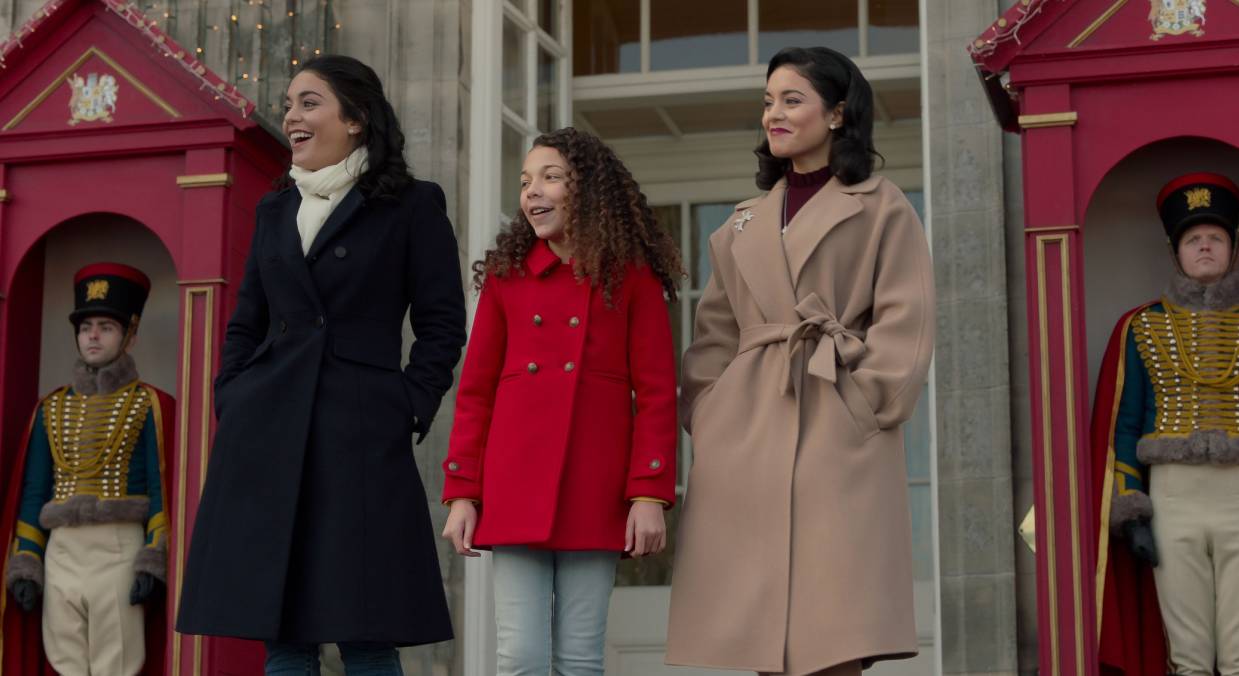 Courtesy of Netflix
“The Princess Switch: Switched Again” retains the Christmas charm of the original “The Princess Switch” movie, but the acting drags it down with Vanessa Hudgens taking on a third role in the main cast.
By Kat Gomez — Contributing Writer
Published: December 4, 2020

When Duchess Margaret (Vanessa Hudgens) inherits the throne of the fictional Montenaro, she is deeply saddened to have ruined her relationship with her long-lost love, Kevin (Nick Sagar), a baker from a small town. Kevin and Duchess Margaret had trouble keeping their relationship afloat because of their opposite lifestyles, and they are forced to break up. However, their feelings remain the same. Stacy (Vanessa Hudgens), Margaret’s best friend, takes matters into her own hands to help mend this broken relationship — that is, until Margaret’s cousin, Fiona (Vanessa Hudgens), steps in the middle of Stacy’s plans, ruining everything.

This film is family-friendly and perfect for the holidays. It’s the ideal movie to put on while parents are busy around the house and need to keep the kids occupied.

As fun-loving and pleasant as the film is, the acting was not as spot on as the first movie. It is dry and lacks any true emotion. Every role is distinct from the others, but Hudgens doesn’t perfect any of them in this movie. The acting is cringeworthy and unsatisfactory. In instances where the audience was supposed to feel some sort of sadness or anguish for the characters, all the actors failed to portray true emotions. It is a Hallmark or Lifetime film in every way but name, with cute romances, Christmas decorations in every scene and a cheesy and predictable ending.

Despite this, the chosen setting is stunning in the sequel. With a budget of $10 million, it’s no surprise that the scenery in the film was breathtaking. Margaret’s fabulous castle is the Hopetoun House in Scotland. Places like the Glasgow Cathedral are also filmed on–site to really make this movie come alive. Rohl couldn’t have chosen a more impeccable backdrop. During the holidays, audiences really look forward to a snowy and fantastical movie, and “The Princess Switch: Switched Again” succeeds in that regard.

All in all, for anyone interested in a cheesy movie for the holidays, “The Princess Switch: Switched Again” is the right pick. It’s the ideal corny Christmas movie to throw viewers into the Christmas spirit during the most wonderful time of the year.

Review: “The Witches” is a poor adaptation of beloved book