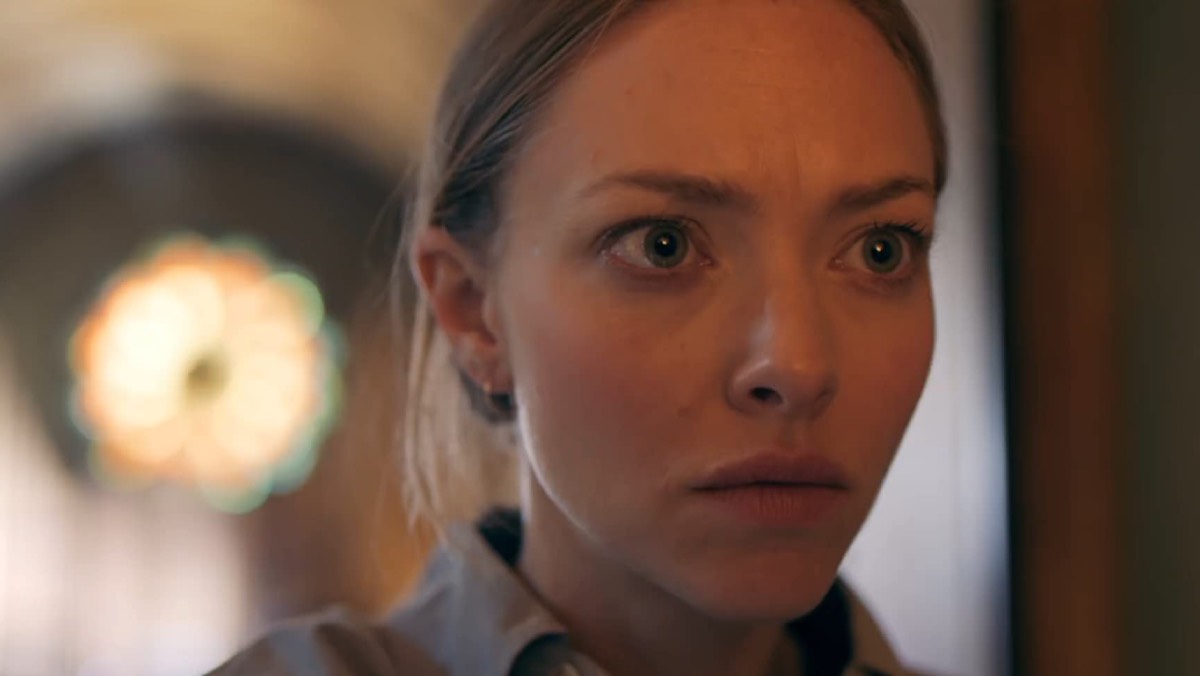 Courtesy of Likely Story
“Things Heard & Seen” is a new approach on the familiar horror-trope of a family getting more than they bargained for when spirits accompany their new home.
By Sydney Brumfield — Staff Writer
Published: May 3, 2021

The living should certainly be feared more than the dead in the new horror thriller, “Things Heard & Seen,” directed by Shari Springer Berman and Robert Pulcini.

When George Claire (James Norton) is offered a teaching position at a small college in upstate New York, he uproots his family and moves them into a large, 19th–century farmhouse. His wife, Catherine Claire (Amanda Seyfried), and daughter, Franny Claire (Ana Sophia Heger), attempt to make their new house a home. But this is quite a difficult task when, along with crown molding and high ceilings, they get a house haunted by restless spirits.

“Things Heard & Seen” is a new approach on the familiar horror-trope of a family getting more than they bargained for when spirits accompany their new home. Rather than the spirits tormenting the cookie-cutter family, they bring out the toxic undertones that are ripening in George and Catherine’s marriage. George’s constant neglect and presumptuous behavior  toward his wife is only heightened by the presence of evil spirits. As stated in the film, “An evil spirit will only commune with an evil-doer… and remember evil only thrives in the house where it is welcome.” To viewers familiar with the fear that typically accompanies a haunted house, it is refreshing to see that a human’s foul qualities are far more wicked than the spirits’.

At the beginning of the film, Berman and Pulcini do an excellent job of building suspense with jump cuts, electrical haywires and low lighting. The audience watches on the edge of their seats, instinctually being scared by the cinematography and jump scares that are prominent throughout the first half of the film. During the second half, these visual effects no longer carry the same impact. As Catherine’s perception of the spirits changes once she learns more about them, so do the audience’s. The effects that represent the presence of an apparition now bring comfort rather than fear.

The mystery surrounding the spirits is exceptionally executed. Berman and Pulcini created compelling and grounded characters that make the audience want to better understand their circumstances to gauge if they will truly make it out alive.

This film exemplifies the range that Seyfried has. She gives a solid performance, playing a very complex woman. Catherine has abandoned her work and life back in Manhattan to support her husband. Seyfried does a brilliant job of showing the audience the impact of such decisions on a woman’s life, as this has been an accepted societal mindset for quite some time.

Norton also delivers a great performance as the manipulative and abusive head of household. This performance differs greatly from Norton’s most popular role as John Brooke in Greta Gerwig’s “Little Women” (2019). Norton’s performance is a solid pairing with Seyfried’s, as the two complement each other with their polarized roles.

This is a supernatural horror story, but the real horror lies in the marriage between George and Catherine. Their relationship exemplifies at what lengths women — more so in the 1980s when this story takes place, but still today — are expected to abandon their individuality and ambitions for men. This film is an excellent assertion of modern-day feminism on the popular narrative of the loyal housewife.