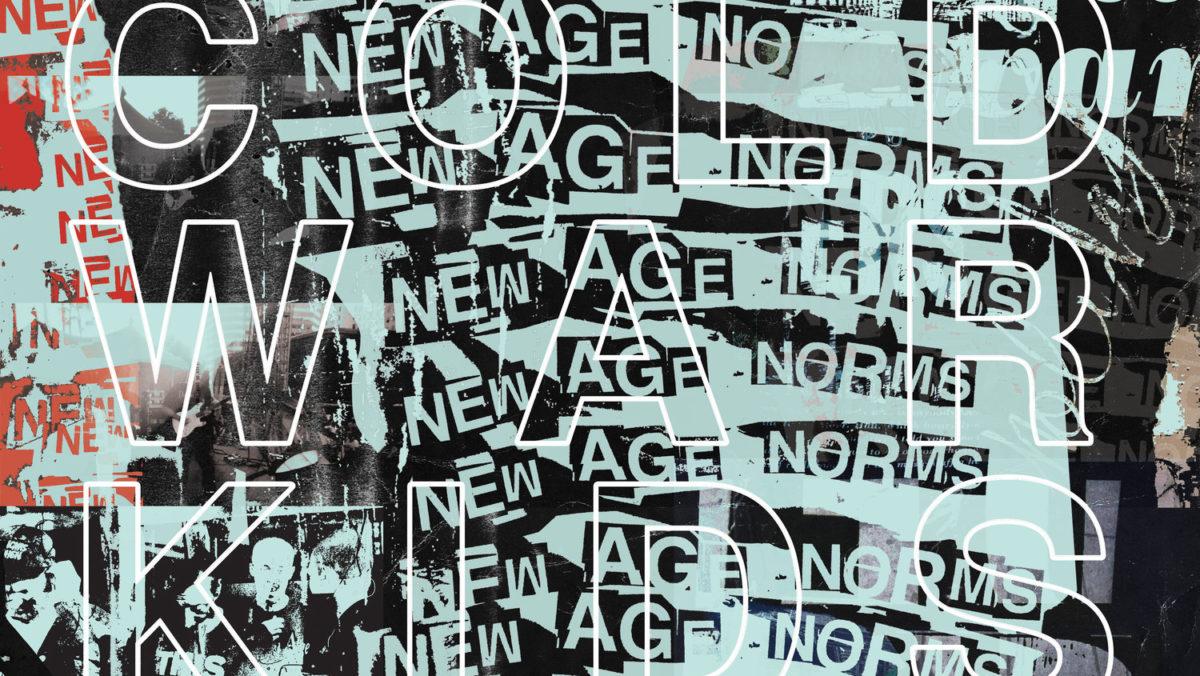 Courtesy of CWKTWO Corp.
Cold War Kids's new album, "New Age Norms 1" is the first installment in a three-part album series. The album has a handful of engaging tracks, but it is not particularly remarkable.
By Kara Bowen
Published: November 12, 2019

Indie mainstay Cold War Kids’ new album, “New Age Norms 1,” is a record fated, or perhaps condemned, to be fixed in the alternative radio charts. The eight-song album seems unusually short in comparison to the lengthy tracklists designed to maximize streaming revenue. But the band has stated that “New Age Norms 1” is meant to be the first installment of a trilogy. Although the two remaining releases have yet to be discussed, the direction the collection is heading is clear: Funk dominates, complemented by piano and flashes of electric guitar.

The lead single, “Complainer,” kicks off the album with a catchy bassline and attitude-laden hook of “Don’t sit around and complain about it.” The chorus does not lose the intensity of the verses, as a fuzzy electric guitar cuts through the clapping instead of overdoing the message. “Waiting For Your Love” also includes hints of piano and falsetto within the chorus, adding an unexpected delicacy to the melody. “Fine Fine Fine” is the most obviously cheerful track. While the verses are jazzy and complemented by female backup vocals, the chorus, unfortunately, lacks depth and complexity. It falls into a trap often found in alternative music: It sounds like a song made for a TV commercial.

However, the record’s midpoint, “Dirt in my Eyes,” develops the energy that builds in the first half. It sinks into the more traditional hallmarks of a funk-inspired alternative song a la Joywave, driving the bass lower and dirtier and incorporating falsetto. While the song is more stereotypically alternative, the chorus’s falsetto is wonderfully executed and punctuated by sharp guitar. The lyrics tell a strong narrative as well, and they bring character to the album’s undeniable high point.

For all the strength of “Dirt in my Eyes,” it’s sandwiched between songs that seem out of place. When the funk influences are peeled back and replaced with a bare-boned piano melody, the album falters. The piano ballad “Beyond the Pale” is a sudden and unwelcome change from the previous danceable tracks. Its slow pace draws the listener out of the album’s flow without any emotional impact. “4th of July” is also piano-based, but at least it incorporates a little bit of soul that keeps it in line with most of the other tracks. The second half of the album follows in a similar vein — it is decent and inoffensive, but it lacks any muscle.

The band finally finds the balance on its final track, “Tricky Devil.” For the first time, the guitar does the bulk of the work to sustain a haunting, thoughtful melody. Lead vocalist Nathan Willett’s vocals keep the song from getting lost in the ambient distortion. The track is the longest on the album, culminating in a fadeout that sounds like it could continue right onto the next installment in the trilogy.

“New Age Norms 1” may be stronger when accompanied by the two albums following on its heels. But right now, as a foundation, it stands on its own — albeit a little shakily.