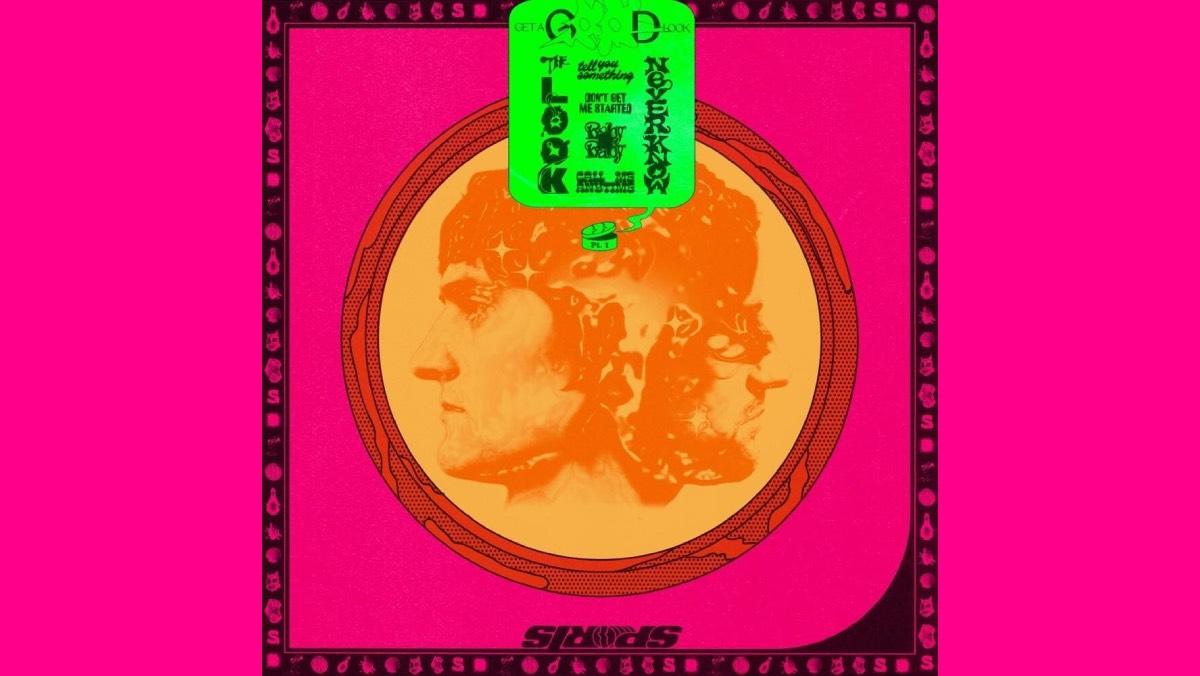 Courtesy of Naked Records
“Get a Good Look Pt. 1” is a cut-and-paste Sports EP with little experimentation. This EP is indistinguishable from the band’s previous works.
By Eva Salzman — Assistant Life & Culture editor
Published: February 26, 2021

Sports’ latest release, “Get a Good Look Pt. 1” finds the indie band returning to its usual sparkling sci-fi sound but with a slight twist.

Sports’ fans have developed a love for the group’s alternative, futuristic signature sound since its 2015 breakout album “Naked All The Time.” “Get a Good Look Pt. 1” demonstrates the band’s usual glitzy, yet cool, kaleidoscope of sound. However, the EP brings few new elements to the Sports norm.

The EP’s opener, “Call Me Anytime,” is nothing new. It features the typical dreamy texture that fans are used to and fits in the aesthetic that the band has given itself. While the track’s minor key adds depth instrumentally, bringing a mysterious and darker element to the tone, that’s about as deep as it gets. The lyrics are incredibly repetitive and seriously lack substance, and this is the case with every song that follows on “Get a Good Look Pt. 1.”

The one redeeming song on the EP that breaks out of the album’s rut is “The Look.” Surprisingly catchy, “The Look” dances with the bright and bubbly rhythms of disco yet somehow doesn’t feel out of place in the Sports sonic realm. Much like the sounds of disco, Sports’ music is lush and occasionally flashy. The experimentation is welcomed and feels like the missing puzzle piece in the band’s soundscape.

Unfortunately, “The Look” is the one place where the band strays from the norm. The rest of the EP is much too repetitive, especially considering its short runtime of 22 minutes. The songs on “Get a Good Look Pt. 1” aren’t just repetitive to one another — they’re repetitive of all of Sports’ music. This is safe but boring.

“Never Know” has the same high-pitched, filtered vocals as most Sports songs do. A listener who doesn’t know the band’s discography could all too easily confuse this track with one of its most popular, “Panama,” off of “Naked All The Time.”

The repetitiveness of the EP isn’t the only problem, though. The songs all feel incredibly shallow. The lyricism is what contributes the most to this feeling. This is perhaps the most obvious in the song “Call Me Anytime,” with pretty much the only lyrics being, “Call me / You can call me / Call me anytime.” This lack of linguistic creativity wouldn’t be as detrimental if the instrumentation had the intricacies of other indie artists with the same realm, like Glass Animals. While the instrumentation is the best aspect of Sports’ music, especially on “Get a Good Look Pt. 1,” it is unfortunately not stimulating enough to compensate for the bland lyricism.

Although the band’s four minutes of experimentation were exciting with “The Look,” they weren’t strong enough to pull the rest of the EP out from its sinking ship. Even though a true Sports fan may be able to enjoy the painful repetitiveness and overall lack of wit, the project is boring and not really worth the listen, considering five out of its six songs sound like they were ready-made with a template.