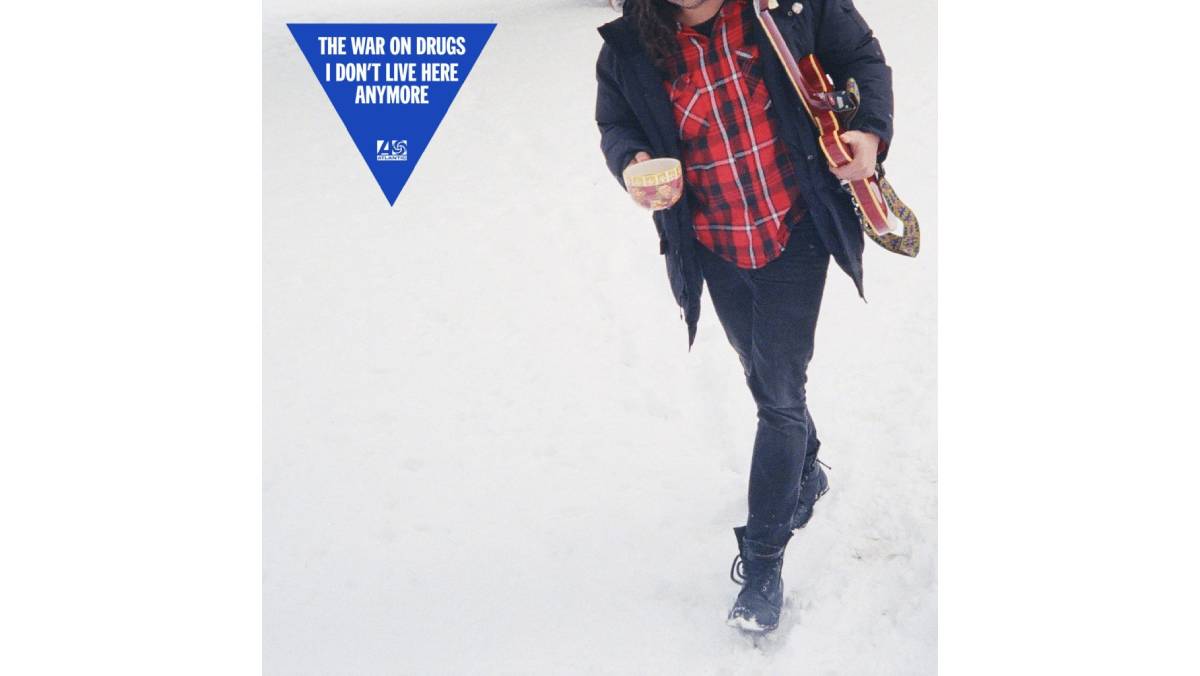 Courtesy of Atlantic Records
"The War on Drugs" is back with another alternative/indie-rock album that further cements what made fans fall in love with the group back in 2008.
By Matt Minton — Staff Writer
Published: November 9, 2021

Following its Grammy win in 2018 for Best Rock Album with 2017’s, “A Deeper Understanding,” The War on Drugs has returned with another alternative/indie–rock album. The band members continue to wear their hearts on their sleeve, with their newest work further cementing what made fans fall in love with them since their 2008 debut album, “Wagonwheel Blues.”

“I Don’t Live Here Anymore,” the band’s sixth studio album to date, offers a genuine feeling of emotional catharsis as the band goes in enough new directions musically to keep listeners engaged. However, the album also maintains what made The War on Drugs such a success in the first place, with plenty of its trademark elements returning. This is not a rewiring or overhaul of the sound of the band, and it is all the better for its familiarity.

At its core, “I Don’t Live Here Anymore” beautifully conveys through its musicality, vocals and lyrics the feeling of being lost in life; searching for a home and a real sense of place in a world that can be cruel and unkind. This is a universal sentiment that many listeners can relate to. In addition to pleasing established fans of the band, “I Don’t Live Here Anymore” also makes for a great introduction for new listeners looking to get into The War on Drugs.

From its very beginning, “I Don’t Live Here Anymore” creates a stunning emotional journey with a consistent musical tone and powerful lead vocals that pull the listener in. The album goes for the heart without ever feeling manipulative or cheap. The opening track, “Living Proof,” establishes a perfectly somber, melancholy tone that some of the more upbeat and pop-like tracks like “Wasted” sublimely build off to create a new, unique sound of their own. As a whole, this is an album where all of its individual tracks complement each other and create one cohesive piece.

Many of the lyrics throughout the album hit deep, with insightful and introspective thoughts on the human condition. Primary songwriter Adam Granduciel’s personal experiences of fathering a child since the release of “A Deeper Understanding” serve to add to the emotional feelings and undercurrents of this new album. In particular, the lyrics standout here in comparison to the rest of the band’s discography.

The title track, “I Don’t Live Here Anymore,” is a clear highlight. Some of its lyrics provide the album with its most complex ideas, exploring the contradictions of life and adding to the overall sound of each track. For instance, the lines “But I don’t live here anymore / But I got no place to go” wonderfully complement the song’s somber and freeing sound. The vocals and the instrumentation of the guitar and percussion complement each other beautifully, conveying the feeling of trying to move on, but having nowhere else to go in life. This song, like much of the album, oozes the feeling of the 80s rock that has so clearly inspired The War on Drugs. This album also features some great imagery in spots, especially with the lines “Shelter in the doorway / From rising storms” in the stand-out track “Change.” This track features a stunning lead performance from Granduciel, which goes along wonderfully with the backbeat of the percussion to create a piece filled with nostalgia.

Some tracks run a little too long, with the band overstaying its welcome in a few places like “Victim,” for example. However, this doesn’t take much away from the true artistry and brilliant moments on display in “I Don’t Live Here Anymore.”

With a level of emotional maturity and growth in its music, this is a moment in the band’s career for fans to cherish. This album ultimately serves as a reminder that great art can come from the familiar, while not forgetting to allow the experience of raw emotions along the way to take the artist to new places in its creation.