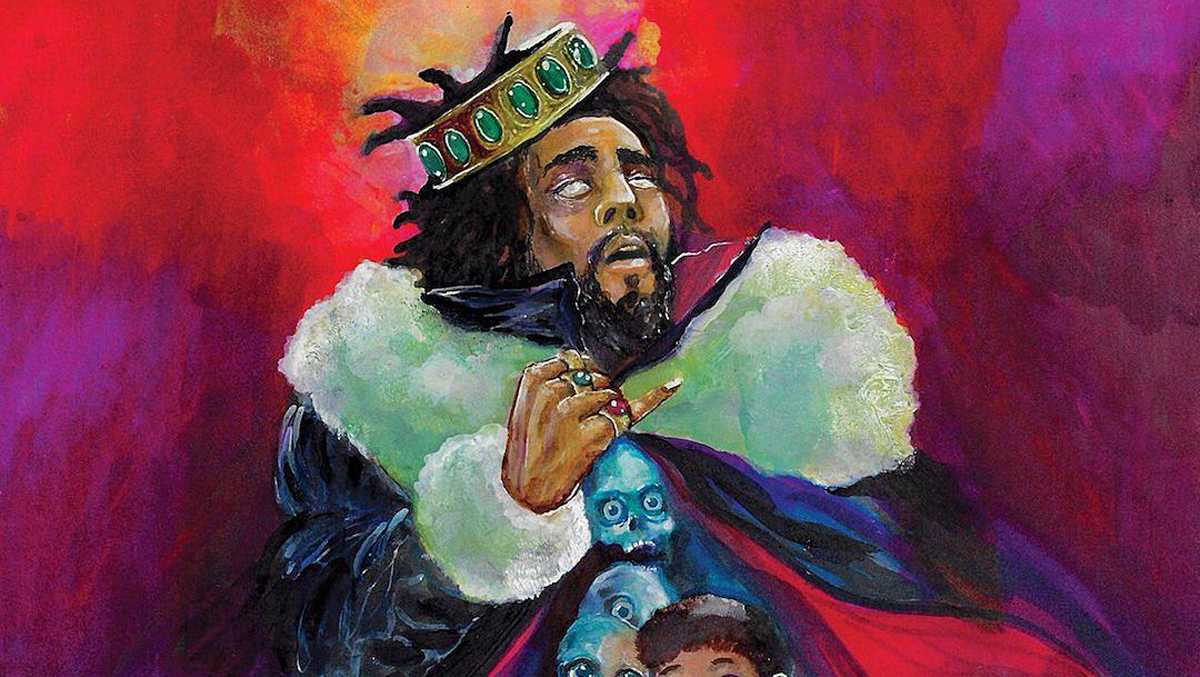 Dreamville, Inc.
Mingled with an in-depth look at addiction in all of its forms, Cole peppers advice and warnings to his listeners throughout "KOD."
By Matt Maloney — Staff Writer
Published: April 30, 2018

It’s been a year and a half since North Carolina rapper J. Cole released his underwhelming studio album “4 Your Eyez Only.” At that time, Cole was considered one of the greatest artists in hip-hop, but fans started to question whether “Cole World” was finally past its golden age.

However, Cole proved that he hasn’t lost his ability to captivate his audience with the release of his fifth studio album, “KOD,” on April 20. Blending distorted 808s with his usual boom-bap sound, Cole delivers an introspective and self-aware album that listeners can still turn up to.

The only featured artist on “KOD” is the mysterious kiLL edward. His inclusion on the album puzzled fans not only because Cole is known to steer clear of features on his projects, but because nobody had ever heard of kiLL edward. However, fans quickly figured out that he wasn’t a featured artist at all, but rather Cole’s alter ego.

Inspired by the hatred he holds for his stepfather, the kiLL edward persona is the manifestation of Cole’s attempts to deal with his own pain. In an album centered around the repercussions of addiction, he uses the character to represent someone who has fallen down the perilous path of substance abuse. Edward’s two appearances on this album are on the hooks of “FRIENDS” and “The Cut Off,” in which he speaks about needing drugs to feel like himself. The persona works well, but its sparse use makes it feel underdeveloped.

The storytelling in the back half of “KOD” proves to be the biggest strength of this project. The standout track, “Once An Addict (Interlude),” paints the picture of a young Jermaine Cole witnessing his mother cope with the breakdown of her marriage by relying on alcohol and classic tunes. He opens up about his desire to run from the pain he felt witnessing his “hero on ground zero” while also expressing the regret he feels for how he handled it all. Listeners can feel the years of helpless anguish he went through in his frustrated delivery. Cole’s vulnerability in “Once An Addict (Interlude)” keeps listeners coming back and is one of Cole’s finest moments.

For all the successful songs on this album, Cole goes too far in pushing his anti-addiction agenda and comes across as preachy. While “FRIENDS (feat. kiLL edward)” begins with strong verses about the intricacies of addiction, it ends with a prechorus where Cole advises listeners to “meditate, don’t medicate.” While his message is admirable, his corny lyrics turn a powerful song into something that belongs in an after-school special.

Cole closes out “KOD” with a message for the next generation of hip-hop artists.The song “1985 (Intro to “The Fall Off”)” features a three-minute-long verse in which Cole sounds like a father giving his son advice. He made sure not to name anyone in particular, but several artists, such as Miami’s Smokepurpp and Lil Pump, could fit the picture he paints. He keeps his composure and expresses concern about their longevity and the way they perpetuate stereotypes of black Americans, and he details how their careers could come crashing down. It isn’t surprising that he feels this way about hip-hop’s most prominent youth, and his attempt to talk to them instead of at them isn’t typical of the older generation of rappers.

“KOD” is the first hip-hop album this year that could become a classic. It shook rap Twitter when it was announced. It broke Apple Music’s first-day streaming record with a whopping 64.5 million streams, it has significant cultural relevance, and it will be remembered as Cole’s return to form.

Commentary: Music journalism should not be worship culture