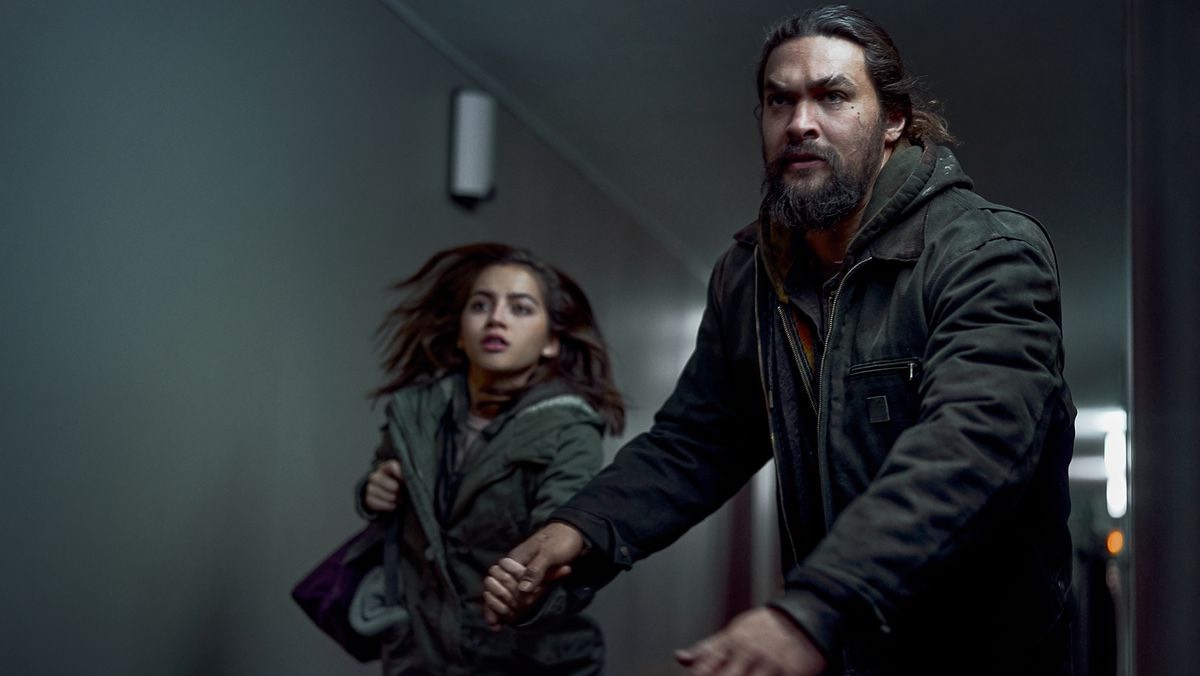 There is not much to say about “Sweet Girl,” Jason Momoa’s latest tone-deaf, melodramatic action–thriller. A Netflix project produced by Momoa himself, “Sweet Girl” is somewhere between the fun of B-list action movies and C-list straight-to-video trash.

As burly as Aquaman and as dangerous as Khal Drogo, Momoa plays Ray Cooper, a vengeful widower out for blood. After his wife Amanda (Adria Arjona) dies because she was denied life-saving cancer treatment, he targets Simon Keeley (Justin Bartha), a healthcare czar whose company, BioPrime, created and stalled production of the treatment. His wife is survived by his daughter Rachel (Isabela Merced).

There is something respectable about the concept — merging the American healthcare disaster with a classic revenge story is more timely than ever. There is a level of believability in the concept too, because polls find most Americans live in fear of the cost of healthcare. However, “Sweet Girl’s” existence never rises above being a boilerplate action movie with stale antics, leaving viewers with mild disappointment over an action movie that could have been.

Perhaps action isn’t the right genre for “Sweet Girl,” because undertaking the tragedy of a man who loses his wife to the crooks in the pharmaceutical industry is better material for a modern drama. Regardless, Momoa suits the role of Cooper and gives off the impression of a Bernie Sanders-supporting countryman from rural New Hampshire. His overstated relationship to Rachel would be serviceable had the rest of the film not just gone through the motions.

As Cooper takes on Big Pharma, he gets deep into a conspiracy involving nameless henchmen and crooked politicians. Cooper and Rachel go on the run, attempting to reach the Canadian border before hitmen hunt them down. The journey doesn’t present anything new to viewers that they haven’t seen in previous C-list action movies before. The cinematography is fine, action scenes fail to impress and pseudo-poetic lines of platitude attempt to emphasize Cooper and Rachel’s kinship.

The majority of “Sweet Girl” remains relatively neutral, never creating much substance or presenting its unique concept from the unique perspective it deserves. In terms of action, the film doesn’t set itself in unusual enough locations to give scenes visual flare. The filmmakers employ shaky cam during action setpieces, a cheap trick to give the scene energy. They also love having characters smash through tables, chairs and walls (as if the amount of broken furniture makes an action scene). The filmmakers decrease the quality of these scenes even further with numerous banalities and cliches, like the voice of a deceased loved one inspiring the hero to miraculously revive themself and defeat the antagonist.

It’s all disappointing, and simply an easy way out. This is made worse by the final twist — an M. Night Shyamalan-style catastrophe that is not nearly as smart as it thinks it is. The twist stretches what should be a short, 90-minute thriller to a 110-minute epitome of “overstaying its welcome.” Had the film continued on its previous trajectory of mediocrity, there might be a brighter legacy for this Netflix original as a single-watch, workmanlike action-thriller.

Instead, “Sweet Girl” will be remembered as the best that a straight-to-video action movie can be while maintaining its unintentionally special quality of equal parts boredom and eye-rolls.