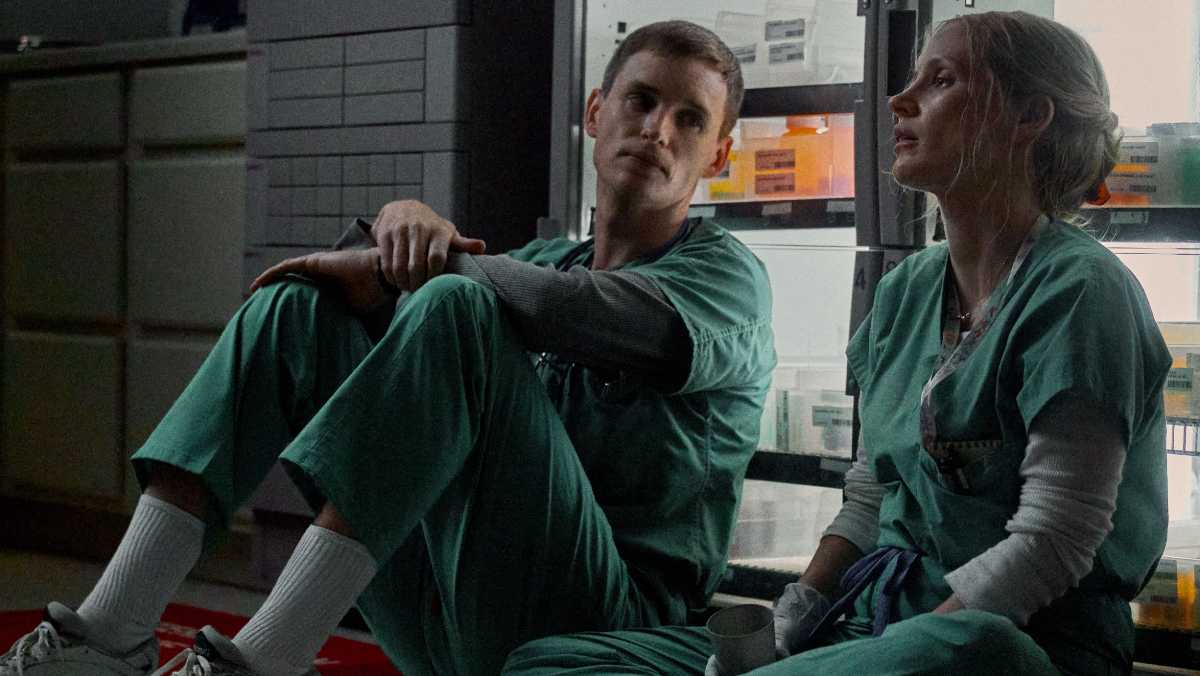 Danish director Tobias Lindholm’s first English-language feature film, “The Good Nurse,” which dropped on Netflix on Oct. 26, is a fictionalization of the events surrounding serial killer Charles Cullen’s crimes and eventual conviction in 2003. The film stars two Oscar winners as Cullen (Eddie Redmayne) and his colleague Amy Loughren (Jessica Chastain), the titular good nurse. “The Good Nurse” follows Loughren as she struggles with balancing working night shifts as a nurse and caring for her two daughters, all while suffering from cardiomyopathy: a fatal heart condition. When she meets Cullen — her new coworker — the two strike up a deep friendship, and he brings a significant amount of hope back into her life. This all changes when a patient dies unexpectedly, and Loughren realizes that her death might not have been accidental.

“The Good Nurse” is an adaptation of the 2013 book of the same name by Charles Graeber, which is based on a true story. Consequently, the film feels diluted in a way that unfortunately leaves one wondering why this story needs to be retold. It feels more like a simple recounting of the story than in any way an interesting adaptation of it. Certainly, it is an intriguing and deeply unsettling one, but the full meaning of the story feels as though it gets lost somewhere in the middle of the film. There was plenty of opportunity to have explored how Cullen got away with the crimes he committed continuously for over a decade before being convicted, and there also could have been more time given to Loughren’s difficulty with the American healthcare system and its lack of accessibility, even for nurses.

The film is, however, well-directed. There are some fantastic shots throughout (notably the opening shot), and Lindholm and cinematographer Jody Lee Lipes certainly do their best to be somewhat creative with this linear procedural. Yet, simply put, the film is still not very interesting to look at for the most part. With dark, moody color-grading, “The Good Nurse” leans into the aesthetic of a gritty crime thriller with little to none of the intrigue required for that to work in its favor.

While there is certainly more to Loughren’s story than depicted, the focus on her is ultimately where the film succeeds. She is the hero, a sort of relatable everywoman who the audience can root for. Chastain gives a great performance, her best moments being in those of restraint. A notable scene is one directly after a second patient has just died during Loughren and Cullen’s shift, after Cullen injected insulin in the patient’s saline IV bag. Loughren, not yet aware of Cullen’s involvement, gives the patient’s husband the news of her death. As he screams and wails over her dead body in the hospital bed, the camera stays on Chastain. She is clearly holding herself back emotionally, but in her eyes there is a deep distress, uneasiness and a sort of guilt that is masterfully portrayed. It truly is no wonder that she has an Oscar.

While the performances stand out and the building tension throughout the film is well-crafted visually, sonically and otherwise, the script drags and the film lacks a clear overall motivation.