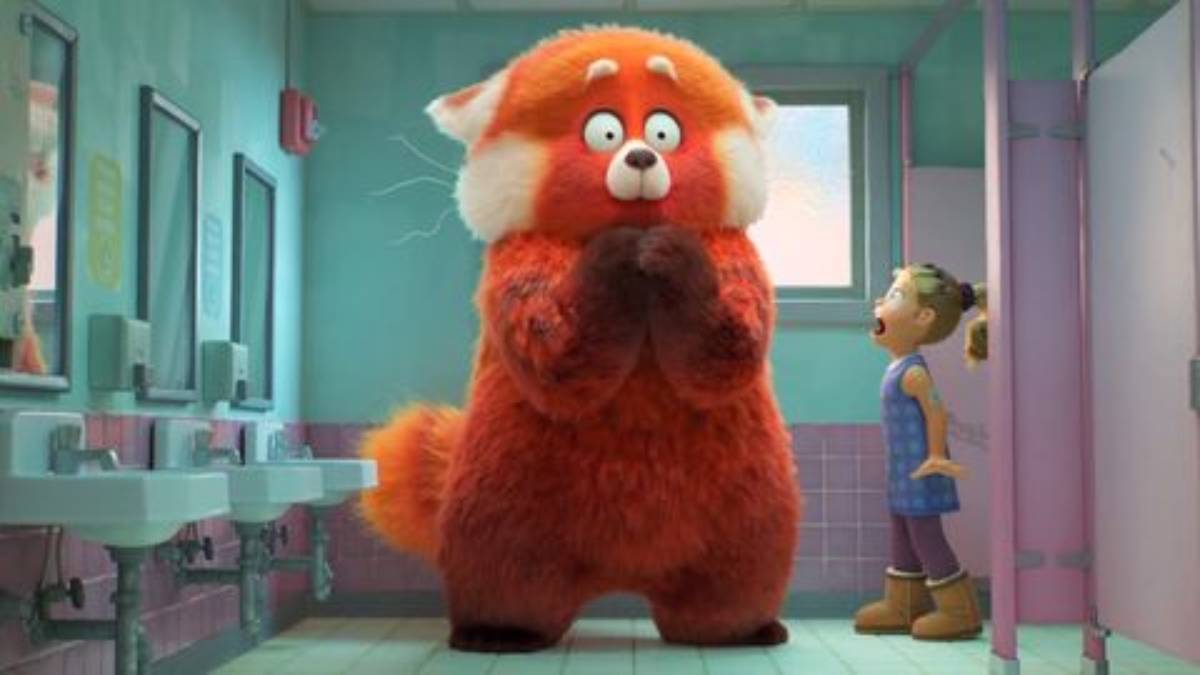 While Pixar is known for making phenomenal movies, over the years, audiences have learned what to expect from them. However, in the studio’s latest films, there has been a trend in radically changing the way the studio tells stories. Its most recent film, “Turning Red,” continues to expand the scope of Pixar’s storytelling.

“Turning Red” focuses on the story of Meilin Lee (Rosalie Chiang), a 13-year-old Chinese Canadian girl living in 2002 Toronto. She’s an overachiever, dedicated to school, her friends, her parents and her favorite boy band 4*Town. Mei has her life together until she wakes up one morning to discover that she, as well as the other women in her family, transform into giant, mystical red pandas in response to any major emotions.

The film targets a specific audience — any dorky, awkward girl who grew up in the 2000s will relate to Mei and her friends’ chaotic strangeness — and it accomplishes its goal perfectly. Those who recognize themselves in Mei’s over-eagerness and her friend group’s nerdy interests will cringe all the way through the film in the best way possible. The film shows that it’s okay to be weird and awkward, as long as one is being true to themself.

A huge accomplishment for this film is the open discussion of often taboo topics like periods, puberty, early sexual awakenings and more. The film questions cultures of shame in which children are discouraged from exploring who they are in any meaningful way. For example, there is a scene where Ming (Sandra Oh), Mei’s mother, discovers a notebook in which Mei was drawing so-called “sexy” pictures of a cute boy. When Ming finds the drawings, she confronts the boy out of fear for her daughter’s safety and ends up humiliating Mei in front of her classmates and friends. Later on, Mei chastises herself in a mirror for her feelings and tells herself that nothing like that can ever happen again, her language taking on an alarming, self-deprecating tone.

This scene, and scenes like it, present the dangers of suppressing a child’s need to explore who they are and reckon with the strange feelings that may start popping up during early teen years. By not allowing children the freedom to find themselves, parents run the risk of fostering their child’s self-hatred and fueling a negative self-image, as demonstrated with Mei.

One major thing that sets this film apart from anything else Pixar has done is that the production’s leadership team consisted entirely of women. Besides being a coming-of-age story, the film also explores Chinese identity and offers a look into the pressures of being a child of immigrants. As director Domee Shi and production designer Rona Liu said during the documentary “Embrace the Panda: Making Turning Red,” many of Mei’s and her mother’s struggles throughout the film are based on their own and their parents’ own real-life struggles and anxieties.

It also takes on a tone of generational trauma, as much of the movie focuses on Mei’s family pushing her to get rid of her panda in a ritual. Originally, the panda was bestowed upon the women in the family as a gift and a form of protection, but, as the movie says, after coming to Canada, the women started “curing” themselves because they began to see the panda as an “inconvenience.” This is a very real phenomena with all people of color, not only Chinese families or immigrants. The pressure to fit in can be so powerful that people would rather trade what makes them special for safety. Mei’s journey is ultimately about breaking that cycle of shame and fear and finding her connection with that piece of herself, even if it’s scary.

“Turning Red” is designed to push boundaries and tell a story that nobody before Shi dared or wanted to tell. At its core, this film is about embracing the good, the bad and the ugly within oneself, and it’s that kind of challenge that audiences need to see more of in the media.