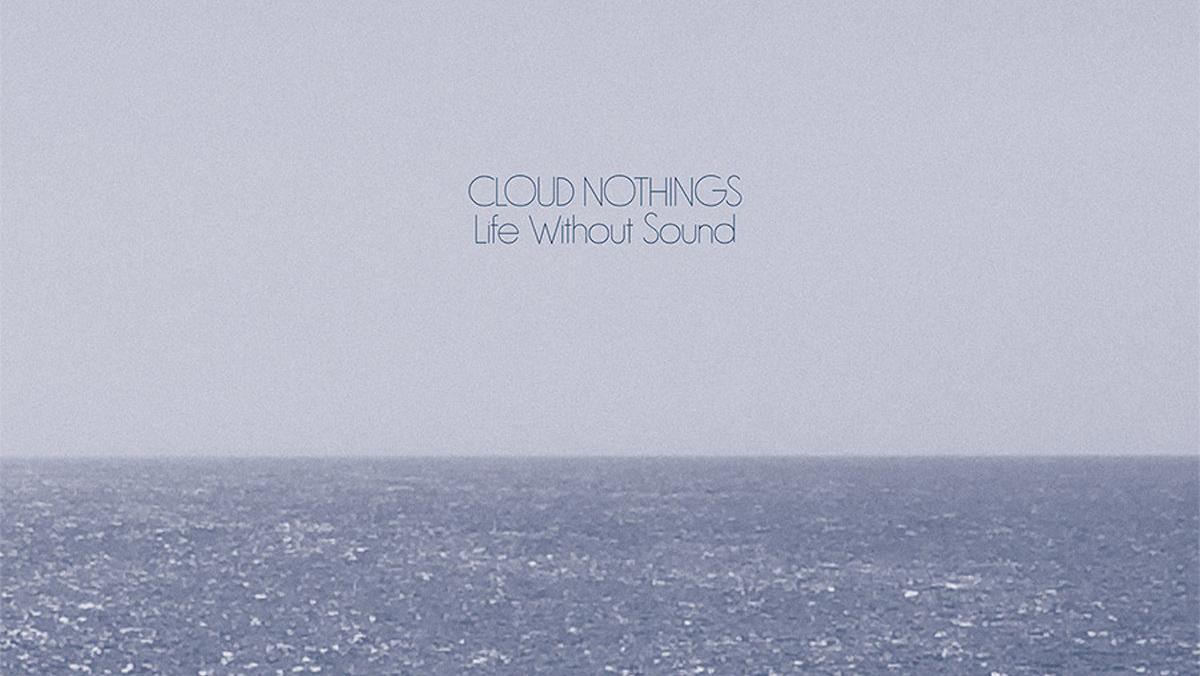 Carpark Records
"Life Without Sound" is the fifth album from indie-rock band, Cloud Nothings. The band was started as a solo project of lead vocalist, Dylan Baldi but has since grown to four members including drummer Jayson Gerycz and lead guitarist Chris Brown.
By Jake Leary — Assistant Life & Culture Editor
Published: February 1, 2017

Vocals obscured by guitar and drums, songs so similar they become indistinguishable from one another and an apparent lack of innovation plague “Life Without Sound,” the latest album from Ohio-born band Cloud Nothings, which dropped Jan. 27. These issues persist throughout “Life Without Sound,” muddling the tracks and imparting a sameness to the album as a whole. Worst of all, the album keeps the listener at arm’s length. It isn’t until the final two tracks that Cloud Nothings opens up and elicits a genuine reaction — in those moments of heart-rending anxiety, “Life Without Sound” shines.

The first track on “Life Without Sound,” “Up to the Surface” exemplifies the flaws within the rest of the album. Lead singer Dylan Baldi’s vocals are lost beneath a blend of jarring guitar chords and uninspired drum lines. The result is a jumbled mess of lyrics and instrumentation that prevents any one aspect of the song from standing out.

To the credit of Cloud Nothings, “Darkened Rings,” the fourth song on the album, brings a much-needed energy to “Life Without Sound.” Drummer Jayson Gerycz kicks off the song with nearly 40 seconds of high-octane drums — the first standout moment on the album. Unfortunately, as soon as the lyrics and guitars become more pronounced, that which made the song special fades into generic obscurity. While “Darkened Rings” ultimately succumbs to the same fate as the rest of the album, it proves that though “Life Without Sound” may not have a brain, it at least has a pulse.

In stark contrast to “Darkened Rings” comes follow-up track “Enter Entirely,” in which a slow, contemplative introduction changes the pace of the album, but this newfound serenity doesn’t last long.” The track’s guitar-focused, mellow intro had potential, but instead, Cloud Nothings returns to the same muddy blend of sound that is all too common in modern indie rock.

“Modern Act” lives up to its name and duplicates the low, slightly nasal tone and static drumline common in contemporary music. Baldi sounds like a middle schooler in a garage band, crying into the microphone to garner sympathy from the audience instead of crafting honest, heartfelt lyrics. The blare of instruments overtakes Baldi, and he becomes background noise. Why should the audience sympathize if it can’t engage with the vocalist? It seems disingenuous.

“Sight Unseen,” though repetitive to a fault, is an enjoyable listen. Another high-energy track full of angst, “Sight Unseen” allows Baldi’s voice to take center stage. His exaggerated whine that detracted from “Modern Act” works for the limited lyric diversity of the track and allows the lyrics to stand out gives the listener something to latch onto. When backup singers join Baldi, emulating his vocal style, the track truly comes together. It may be the most aurally pleasing song on “Life Without Sound,” but it still lacks the emotional weight of the subsequent two tracks.

“Life Without Sound” concludes with “Strange Year” and “Realize My Fate.” Both songs are grungier, with a notable change of pace. “Realize My Fate” benefits from an aggressive use of drums, guitar and Baldi’s strained shouts. There is something to be admired in the unease that Cloud Nothings injects into its closing acts. There is a discordance to the final song that is unsettling in a way that works better than it should — a feat Cloud Nothings should be commended for. The listener can feel the tension emanate from every harsh drum clap, every twisted cry. The band members work together to produce a frantic sound that is layered with desperation and fear. At last, the vulnerability that seemed artificial in previous tracks is realized — it’s a shame it didn’t come sooner.

Despite its myriad flaws, “Life Without Sound” may jive with fans of the genre. The album fails to introduce new ideas or innovate on pre-existing indie-rock tropes, but in that sense, it is comfort food — easy listening. While the album picks up considerably toward the end, even that is not enough to salvage the lackluster early tracks. It is a shame that the listener has to slog through six dull, uninspired songs before encountering three worthwhile ones. There is a place for derivative music, but it shouldn’t be applauded and can’t be relied upon if a band wants to attain star status.
The music industry is like a crowded room: jam-packed and full of noise. To make an impression, a band needs to shout above the competition. Unfortunately, Cloud Nothings doesn’t make a sound.