Review: Lil Yatchy’s new release still has much to prove 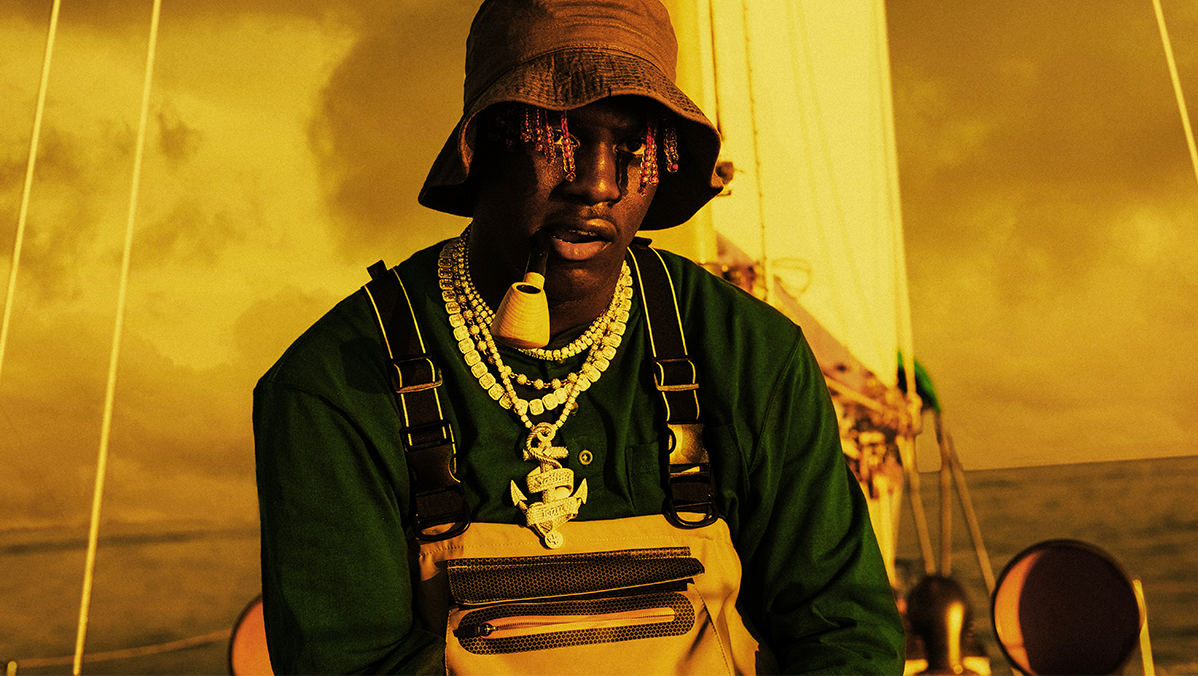 It’s not often that a rapper with such versatility fails to demonstrate it so frequently, in favor of empty, meaningless noise. “Nuthin’ 2 Prove,” Lil Yachty’s second album of this year, continues this disappointing trend of a gifted musician discarding his talent yet again for a track list of annoying, monotonous songs that lack any hint of style or substance.

What makes “Nuthin’ 2 Prove” disappointing garbage, rather than just garbage, is due to the talent that Lil Yachty possesses somewhere deep in the roots of his beautiful, red braids. He rose to fame through his music’s simplistic, feel-good vibes that sound how Skittles taste and his colorful, sunshiny use of high-pitched auto–tune. What differentiates him from most other SoundCloud sensations is his ability to switch from the breezy, carefree Lil Yachty to his alter-ego, the lyrical beast Lil Boat. When Lil Boat comes in full effect, there’s not much that can stop him, and there’s not a beat in the world too rough for him to ride. Anyone with doubts can refer to his song “Up Next 2,” Carnage’s “Mase in ’97” or Tee Grizzley’s “From the D to the A” to hear Lil Boat’s talent as a genuine, capable rapper.

“Nuthin’ 2 Prove” unfortunately boasts neither Lil Yachty nor Lil Boat achieving even a sliver of what they’re capable of. His excessive auto–tune mixes with his monotone flow to create a series of mumbling, low-energy tracks that lack the youthful, vibrant spirit of his earlier music. This is an album in which, in order to find any shred of pleasure or meaning, one must first put themselves in the same emotionally hollow place that the music comes from.

The only emotion “Nuthin’ 2 Prove” successfully evokes is frustration, and expecting to feel anything more is an unrealistic venture that the current Lil Yachty simply cannot accommodate. The days of “Broccoli” and “Minnesota” are long gone, as the unique artist who once brought sunshine to the ears of rap and pop fans alike seems to be missing in action. The Lil Boat who murders beats for his own entertainment has vanished, and the Lil Yachty who makes you feel like summer only pops up for a quick second in the infectiously cheerful “Everything Good, Everything Right.”

On the eighth track on the album, he enlists the help of power couple Cardi B and Offset, who play the role of hip-hop paramedics frantic to revive this dying project. The result is “Who Want the Smoke?” a trap powerhouse produced by the biggest name in the beat-making business, Tay Keith. Yachty’s hook is tame and forgettable, but Cardi B and Offset step forth to deliver arguably the best verses of their careers. Other features like Playboi Carti, Trippie Redd and Kevin Gates do what they can to propel the album forward, but there’s only so much they can do when Lil Yachty seems determined to sink the boat carrying his reputation as a real rapper.

Ironically, the one thing “Nuthin’ 2 Prove” does successfully is establish that Lil Yachty does, in fact, have so much to prove. Specifically, he must prove his versatility and talent as a gifted artist, however hidden it may be beneath the hills of this mumbling, low-energy noise that plays to neither of his unique strengths as a singer or a rapper.