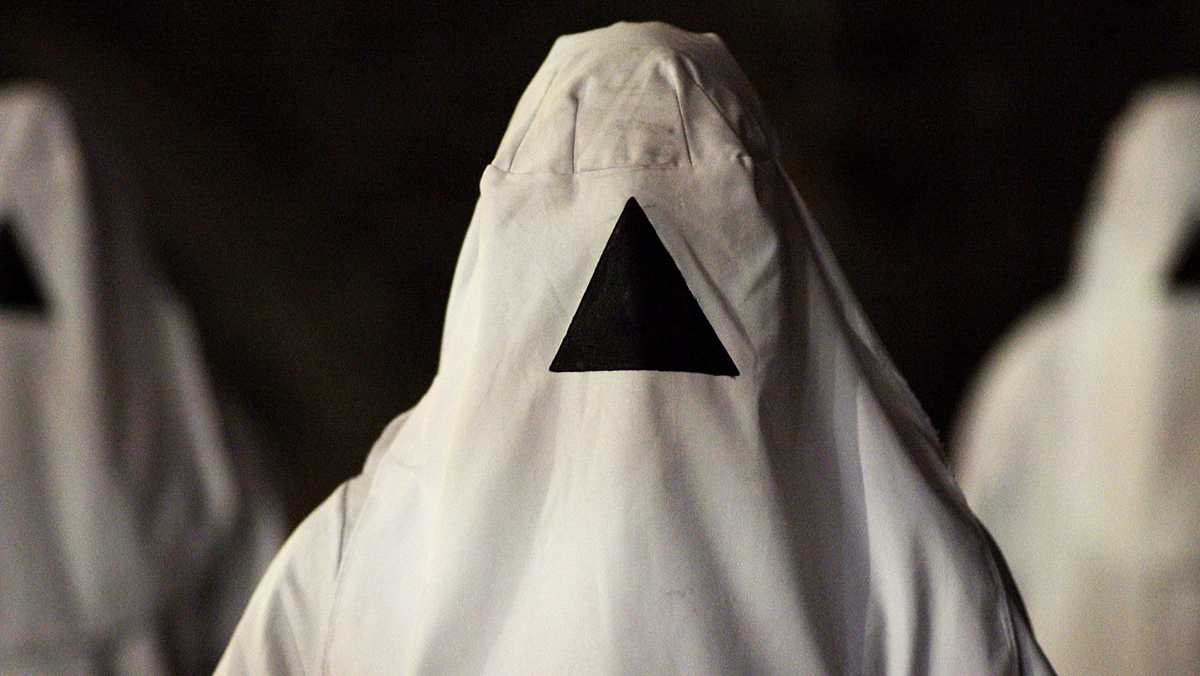 A slimy mass of vaguely humanoid viscera shambles across the tile floor. Vine-like tentacles erupt from its back and mouth. It screams — an unearthly wail that echoes through the empty hospital. The sound of a gunshot thunders. A pus-filled gland explodes. The creature falls dead, leaking fluid onto the dirty tiles.

Welcome to “The Void.”

“The Void” is visceral horror at its finest. It combines familiar narrative elements — a dingy hospital; an evil doctor; a creepy, robe-wearing cult — to create an initially atypical nightmare populated with believable characters and sickening visual effects. Despite a terrific start, “The Void” falters and becomes the very thing directors Jeremy Gillespie and Steven Kostanski attempt to avoid becoming — predictable.

The film follows police officer Daniel Carter (Aaron Poole) as he is roped into a small-town nightmare with cosmic implications. He ends up at a hospital after finding an injured young man on the side of the road, and they are subsequently trapped with several nurses and patients by a mysterious cult. Carter is the standard horror lead: reluctant, brave and flawed. He has a dysfunctional relationship with Allison Fraser (Kathleen Munroe), a veteran nurse and Carter’s ex-wife. Their backstory is straightforward — the loss of a child sent their marriage into disrepair — but it parallels the cult’s twisted attempts to birth a monstrous child through a human vessel and enter the titular void.

The recurrent theme of birth is a surface-level bind that keeps the film together. Some of the best horror in “The Void” spawns from the twisted birth-based body horror that H.P. Lovecraft often uses. These disturbing gore-filled sequences juxtapose grounded subplots revolving around familial collapse and dead children. Unfortunately, when the focus of the film shifts from human to extraterrestrial, this binding plot thread disappears completely. The final moments of “The Void” stray too far from what made the early moments great — they show too much, and the mystique of the void is spoiled.

In the early parts of the film, “The Void” is distinguished from its horror brethren by a reliance on practical effects that are reminiscent of the monstrosities in John Carpenter’s “The Thing.” The early creature designs are horrifically evocative; tentacles writhe from open mouths like dozens of tiny tongues, while shambling corpses crab-walk down dark hallways. But the final beast, a bastardized reincarnation of the cult leader’s daughter, bears none of the grotesque spectacle of its predecessors. Too much of its ape-like figure is exposed, and it becomes absurd rather than terrifying, like a slippery shaved gorilla wearing a baby mask.

Even the hospital, which at first is subtly unsettling, succumbs to banality. Officer Carter and the other survivors aren’t trapped in a decrepit Victorian mansion or a sparkling, austere sanatorium; instead, they’re holed up in a building that’s simply outdated. Boxy computers rest on ovular desks, paper files are strewn across the counters and the checkered tiles are in need of a polish. As more of the hospital is revealed, the character of the initial setting is lost. Yes, a burnt-out maternity ward is disturbing, but it blurs with the numerous other familiar locations central to the genre.

Like countless other horror films released in the last decade, “The Void” starts strong and collapses under scary–movie cliche. Gillespie and Kostanski create an oppressively spooky setting — and spoil it with a bland final location. They set up a nightmarish cult — and only utilize its leader. They create a Lovecraftian mythology — and show too much of it. “The Void” is all setup and no delivery, and it consequently falls into the vast void of disappointing horror movies.
“The Void” is currently available on iTunes, Google Play and other rental services.

Deja View: ‘Get Out’ and social commentary in horror films