Review: ‘Manchester by the Sea’ drowns viewers in despair 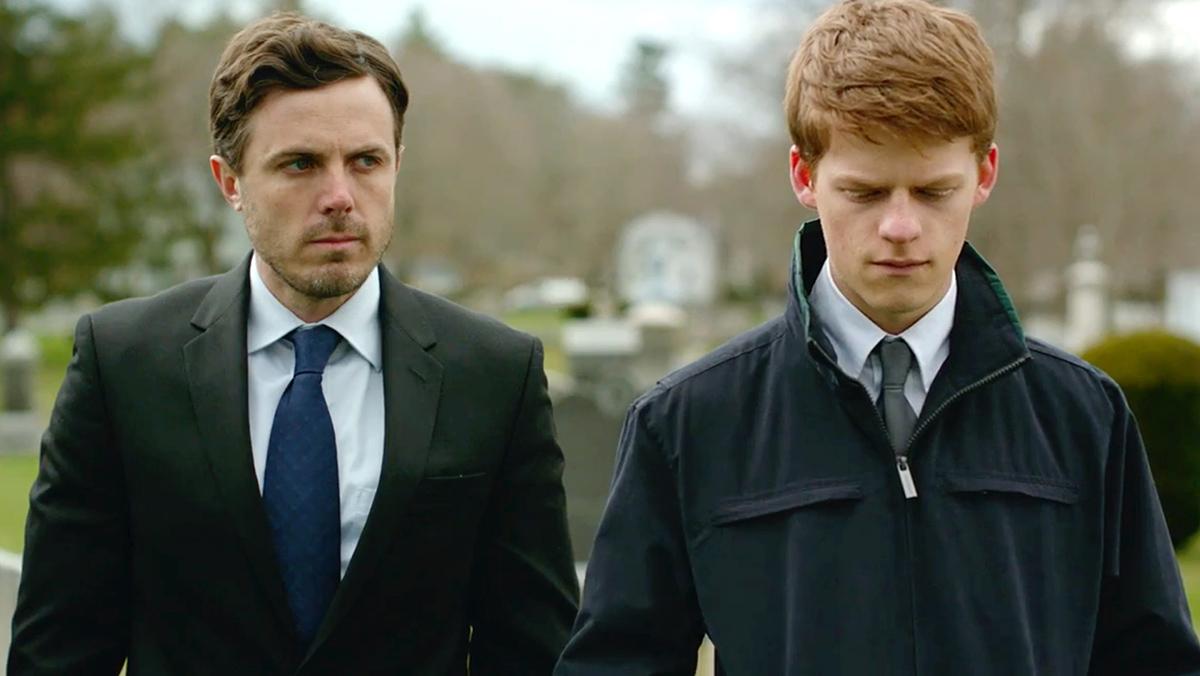 Amazon Studios
"Manchester by the Sea" is a bleak analysis of the complexity of grief. Lee (Casey Affleck) is forced to reconcile the loss of his brother with his responsibility to his nephew, Patrick (Lucas Hedges).
By Patrick Pinney — Contributing Writer
Published: February 21, 2017

“Manchester by the Sea,” written and directed by Kenneth Lonergan, follows Lee Chandler (Casey Affleck), an unhappy janitor living in a Boston suburb, whose miserable life is interrupted when he gets a phone call informing him that his brother, Joseph (Kyle Chandler), is in critical condition. This forces Lee to drive to his hometown of Manchester, Massachusetts, to take care of legal complications, burial arrangements and funeral procedures. Lee reunites with his nephew, Patrick (Lucas Hedges), and tries his best to comfort him. Upon reviewing the will, Lee discovers Joseph had registered him as the legal guardian of Patrick without telling him. The remainder of the film is a heartbreaking, beautiful exploration of life in the wake of death.

“Manchester by the Sea” excels at its dedication to exploring painful and awkward details of handling a family death. Audiences watch every legal meeting, uncomfortable conversation and argument over where the body should be stored. Focusing on this process helps create a gloomy atmosphere enhanced by the gray skies of Manchester’s seaside horizon. The movie manages to make one feel like an actual week has passed by the midway point of the film.

The film is further elevated to greatness by the relation of the two lead characters, Lee and Patrick. They are both prone to arguments given the complicated situation they’re in, and yet one can detect a small amount of respect shared between the two of them. Lee tries to be the levelheaded authority figure Patrick needs but is unable to connect with him. Despite Lee’s utter failure at being a parental figure, Patrick doesn’t get angry at him for trying. Lee is unable to get over what happened to him in the past and can’t convince Patrick of what he himself doesn’t believe.

Every character in “Manchester” walks on a precarious tightrope: They attempt to balance their own grief with the grief of those around them. In many cases, their attempts fail, and the result is a painful explosion that is distressing to watch. The movie is challenging to watch because of the biting reality of Lee and Patrick’s situation: They act like human, not Hollywood caricatures. The scene in which Lee tells Patrick that he would like him to visit him in Boston is the only uplifting part of an otherwise dreary film.

That aforementioned dreariness does not let up, and the movie offers very few moments of relief. A great many of the jokes in the film just end up compounding the feeling of despondency. “Manchester” will often end a scene with a tangential line of dialogue that elicits a laugh from the audience at just how random it is. Though it may provide temporary relief, it ultimately enhances the awkward and uncomfortable mood of the film — the viewer feels guilty for laughing while the characters despair on screen. It’s in these uncomfortable moments that the movie shines. Mourning is a complicated process full of mixed emotions, and “Manchester by the Sea” captures this struggle with elegance and grace.

Affleck’s restrained performance is excruciating to watch. He manages to draw both the audience’s sympathy and disdain — one moment the viewer watches as his world collapses around him, and the next, they observe his callous rejection of Patrick in his time of need. Hedges is equally talented in his portrayal of Patrick. Hedges’ passive-aggressive and moody delivery creates an unlikable yet universally familiar character. He’s self–centered and hasn’t figured out what it means to be an adult. In other words, he’s a typical teenage boy. Although many will not want to admit it, they will see uncomfortable echoes of what they used to be in Patrick’s snarky comments. On top of that, he’s had to deal with a deadbeat mother and is now figuring out how to deal with the death of his father. Hedges’ multifaceted performance will leave audiences simultaneously hating the character yet longing for things to get better for him.

The ending of the film is not uplifting and is consistent with the general feeling of despair present throughout “Manchester by the Sea.” This is because the audience needs to understand the effect Lee’s trauma would have on a man to fully appreciate the motivation behind his dismissive treatment of Patrick. Given what’s happened to Lee in the past, there is no way that he could take on a father-like position in the very town where his life was ruined forever. The film trades in reassurance for empathy. Death is final and guilt can be eternal. The film doesn’t shield the audience from this harsh reality. This crushing honesty elevates “Manchester by the Sea” above and beyond most of 2016’s other cinematic offerings. Viewers don’t find themselves angry at Lee for the choice he makes at the end of the film. Instead, they feel empathy for a broken man who desperately needs to forget about his past. In the end, there are some things that humans can’t get over. There isn’t a blinding light at the end of the tunnel for Lee, but there is compassion extended toward Lee from Patrick, and by extension, from the viewers of the film. “Manchester by the Sea” is a beautiful film that must be seen, even though it will leave the audience emotionally exhausted by the time the credits roll.