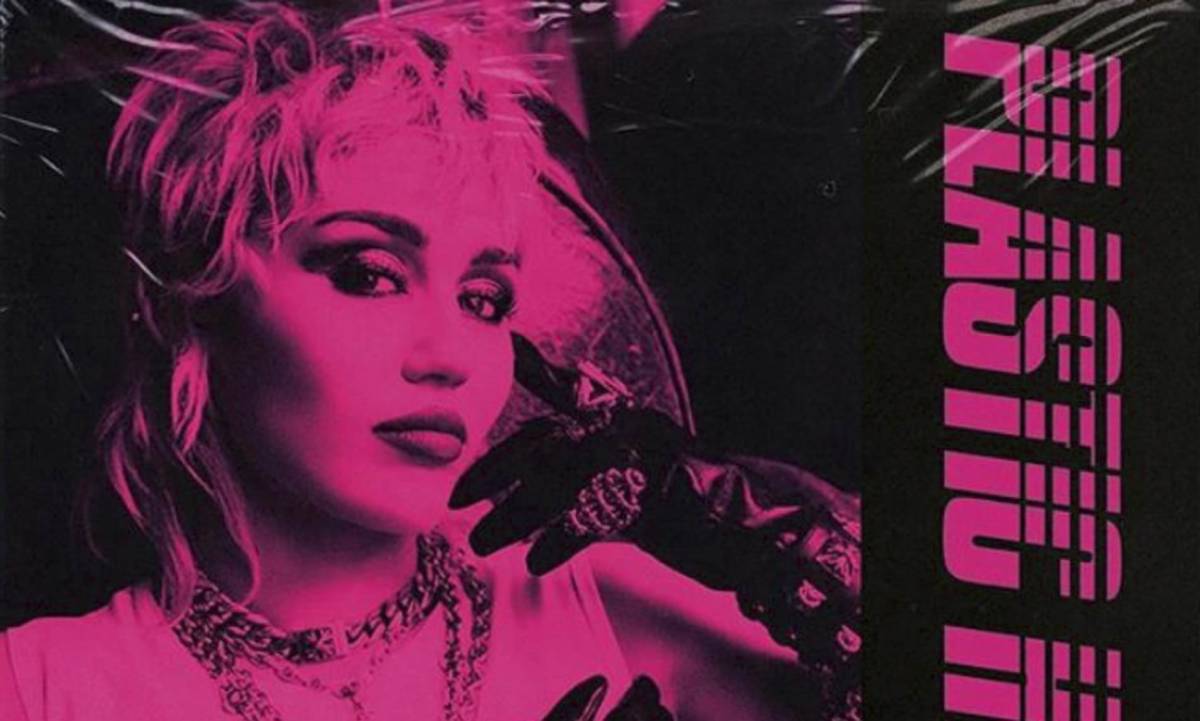 Courtesy of RCA Records
Made for rock, Miley Cyrus kicks her way back into the music scene with her latest album, “Plastic Hearts.”
By Eva Salzman — Staff Writer
Published: December 8, 2020

Made for rock, Miley Cyrus kicks her way back into the music scene with her latest album, “Plastic Hearts.” Self-assured and clever in this glam-rock album, Cyrus exhibits her evolution since not only Hannah Montana but the days of swinging on a wrecking ball.

Miley Cyrus is one of the most well-known names of the early 2000s. While she maintained her popularity throughout back-to-back eras for completely different reasons, “Plastic Hearts” seems to bring it all full circle. Cyrus may certainly have a long history of shocking her audience, but “Plastic Hearts” feels like a shock back to life. Cyrus combines electric guitars, edgy bass lines and iconic gravel-voiced hooks to curate her new image.

“Plastic Hearts” differs from her 2017 album, “Younger Now,” significantly. “Plastic Hearts” is substantive and angry, nostalgic yet new wave. It’s clear Cyrus has something to say on this postdivorce album. “WTF Do I Know,” the album’s opening track, is exactly that — a bold statement. Electric and fed up, Cyrus growls out lyrics that sound like the thoughts of a tired party girl seeking revenge. “WTF Do I Know” perfectly sets the tone for the album, complete with rock hero references and full-bodied emotion.

Cyrus keeps her energy strong in the album’s titular track, “Plastic Hearts.” She cleverly nods to The Mamas & The Papas’ classic 1965 track, “California Dreamin’,” and Soundgarden’s 1994 “Black Hole Sun” all within the lyrics of the song’s chorus, “I’ve been California dreamin’ … Lost in black hole conversation.”

“Plastic Hearts” wouldn’t bring things full circle without paying homage to Cyrus’ country roots. The song “Never Be Me” does this beautifully while still remaining in rock fashion. Cyrus shows that she’s finally developed the style of strong storytelling — just like her godmother, Dolly Parton — by illustrating her heartfirst mentality when it comes to love. She lyrically references the great Johnny Cash’s “I Walk the Line” and “Ring of Fire” in a tear-jerking realization of who she is, singing, “I walk the line, yeah, I play with fire.”

While one of the best elements of “Plastic Hearts” is its tributes to the greats, this falters in the album’s features. Tacking in appearances from Joan Jett, Dua Lipa and Billy Idol feels like a bit too much. Despite the features being sweet sentiments, they oversaturate the album. The only exception to this is found in “Edge of Midnight,” a remix of Cyrus’ “Midnight Sky” and Stevie Nicks’ iconic song “Edge of Seventeen.” “Edge of Midnight” features Nicks herself, creating the perfect duo of raspy-voiced rock stars.

While Cyrus has seemingly transformed into the widest breadth of identities, this one feels like a good fit. “Plastic Hearts” not only pays homage to the greatest rock heroes but exhibits maturity throughout Cyrus’ long career in the spotlight. From Disney Channel sweetheart to the devil-may-care drug user to beachy hippie to leather-wearing rock star, Cyrus sounds as though she’s made it home. This is an extremely sentimental symbol of Cyrus’ growth in tandem with her audience throughout her eras. “Plastic Hearts” reminds listeners to recall their roots and acknowledge that it’s OK to stray from them so long as you find your way back home.