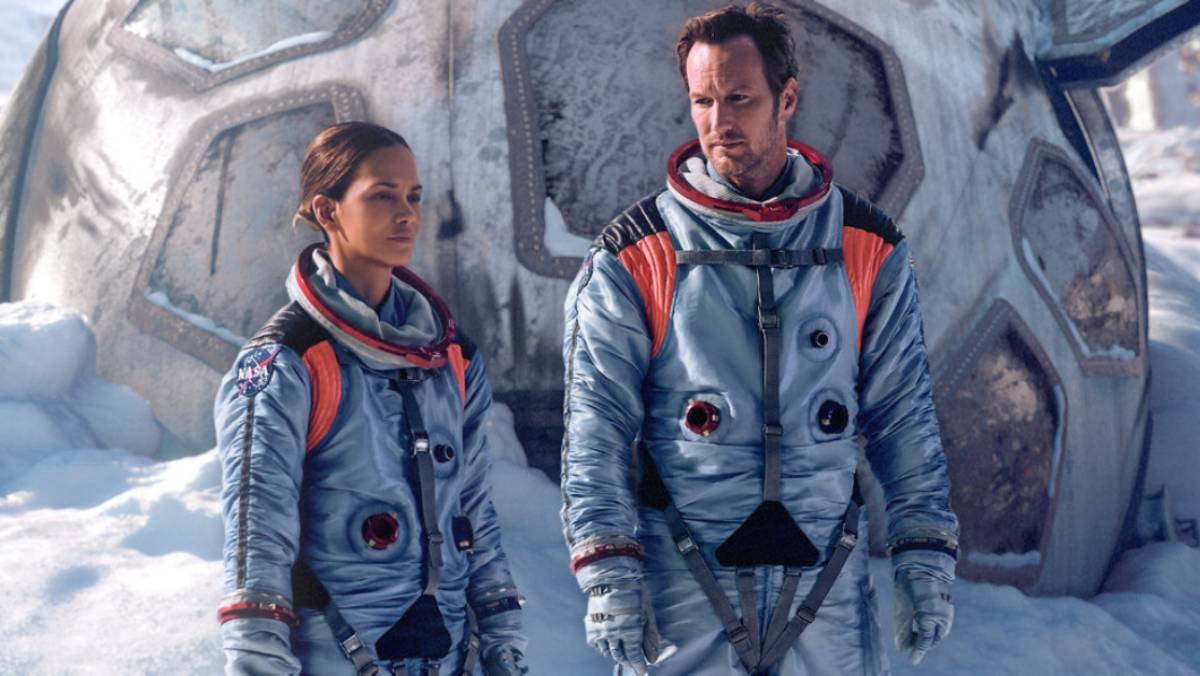 With the title “Moonfall,” little is left to the imagination about what audiences will painfully experience for its two hour and ten minute runtime. Written and directed by Roland Emmerich, “Moonfall” — with horrible special effects and poorly done CGI action sequences — documents the hypothetical undoing that could occur if the moon were to literally fall into the earth.

Attempting to explain “Moonfall” should come with an honorary degree. The film is structured horribly and expects viewers to suspend their disbelief to insane lengths to accept the premise of the film. In its simplest form, “Moonfall” follows Brian Harper (Patrick Wilson), a disgraced astronaut who — after being fired from NASA due to a mission failing under mysterious circumstances — has spent the last 11 years drinking and working on his vintage car. When K. C. Houseman (John Bradley) announces to the internet that, based on his research, the moon will make contact with the earth in a matter of weeks, Brian is brought out of forced retirement by his former partner and current head of NASA, Jocinda ‘Jo’ Fowler (Halle Berry) to go on one last mission to save the world.

The plot of “Moonfall” is both utterly confusing and uninteresting because there is little believable suspense that can be built from this abundantly on-the-nose premise of the moon falling. The audience expects that the moon will crash into the earth and then watches the destruction as the moon crashes into the earth. Emmerich attempts to throw viewers a curve ball by introducing the influence of aliens and alien artificial intelligence capability to rationalize why the moon is crashing into the earth, but it comes across as a desperate hail mary to maintain viewers’ engagement with a lackluster, natural disaster-esque premise.

In disaster films where the outcome of natural destruction is pretty predictable, compelling and engaging characters keep viewers invested in the events of the film. “Moonfall” does so little to make viewers care about the characters that having the primary characters die actually sounds appealing. The audience knows nothing about the characters and has no reason to care for them. When the film does try to rely something of substance about the characters it is delivered in the most heavy-handed dialogue.

“Moonfall” isn’t even visually stimulating. The action sequences and special effects appear as though they were made over the course of a long weekend. During scenes that are supposed to be intense — like where Brian, Jo, and K. C. are navigating the dangers of space — all viewers can focus on is how the spacecraft and the meteors are so clearly animated.

At times, “Moonfall” stunt scenes even feel like mediocre Lexus commercials which completely yank viewers out of the movie watching experience — even if it is an unpleasant one. The character Tom Lopez (Michael Peña) plays a Lexus car salesman and is the embodiment of luxury. The third act involves a nearly five-minute car chase scene where Tom’s Lexus — which is impeccably clean for being surrounded by falling moon debris — must navigate the collapsing environment while in a high-speed chase sequence against semi-permanent antagonists who were trying to rob the protagonist. In these scenes, the film shows Tom literally switching the car into sports mode to quickly maneuver away from the perpetrators, but in reality it is to highlight this super effective Lexus car feature.

If the creative minds behind “Moonfall” cared about creating an excellent or even a subpar final product, it doesn’t show. There is nothing to gain or experience from watching “Moonfall” other than the sensation of wasting time.