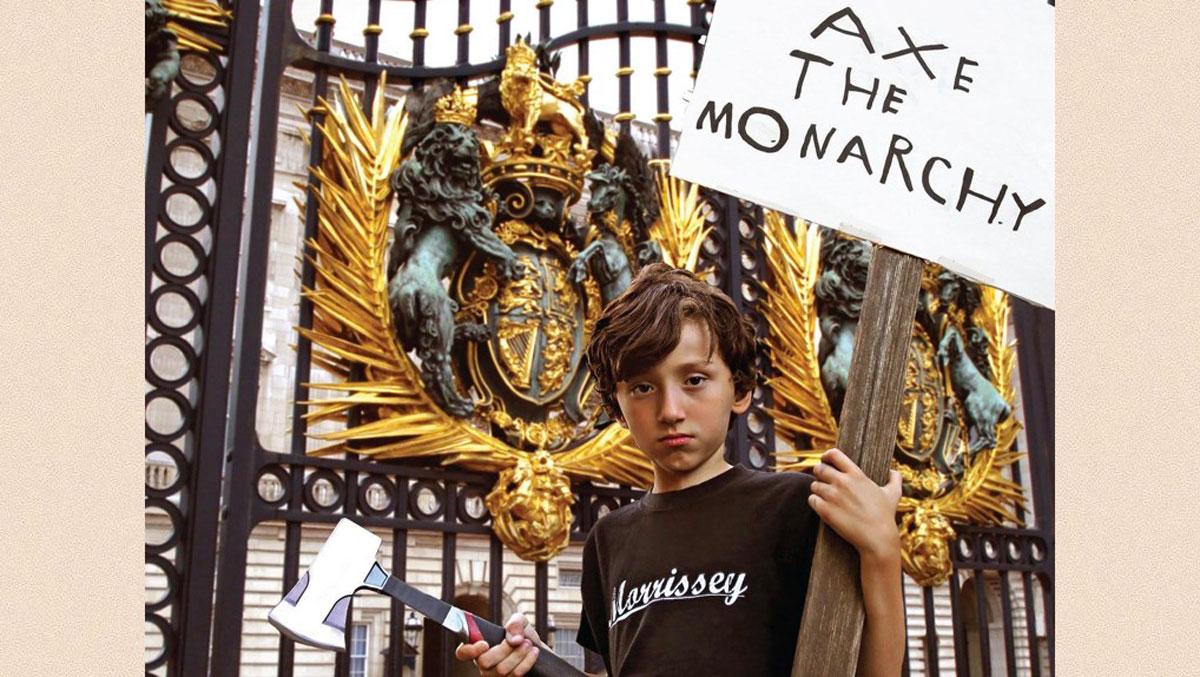 Morrissey is back at it again. His newest album “Low in High School” provides a mix of political criticism and sensitive self-pity that his fans know and love. Throughout his career as The Smiths’ frontman and his own solo success, Morrissey has combined witty confessional poetry with aggressive political commentary. “Low in High School” sticks with the themes he’s famous for while experimenting with different musical genres to keep the album current. Beautiful instrumentals and vocals make up for its occasionally overdramatic lyricism.

The drum roll and loud brass in “My Love, I’d Do Anything for You” kick off the album. Morrissey’s voice is fantastic as usual, a smooth, crooning baritone that is able to reach an impressive range of pitches. The first verse warns the listener to “Teach your kids to recognize and to despise all the propaganda/ Filtered down by the dead echelon’s mainstream media.” Throughout the album the lyrics continue to be verbose, as if Morrissey opened a dictionary and chose a word at random to throw into each song. The lyrical complexity is unnecessary, but the delivery is kept dynamic through changes in pitch and timing.

The best moments come from two singles. “Jacky’s Only Happy When She’s Up on the Stage” is the story of an actress who’s seen better days. The chorus is catchy with a dark underlying bassline. The song goes on for a minute longer than needed, and the constant repetition of the title gets tiring. Children’s voices join in on the final verse of “Everybody’s heading for the exit” and the song builds to a shouting climax before fading out to sinister laughter. “Spent the Day in Bed” is the crowning glory of the album, a misanthropic delight about avoiding current events and daily responsibilities. Its electro-infused beat is funky, and the lyrics are tongue-in-cheek instead of exhaustingly serious.

Overall, the experimentation with different electronic and tango musical elements is a success. The melodies are well-constructed, and Morrissey’s voice fits the mood and tempo of the instrumentals. The use of castanets in “The Girl from Tel-Aviv Who Wouldn’t Kneel” and “When You Open Your Legs” adds needed spice.

While the album’s instrumentals and vocals are well–constructed, its overdramatic lyrics leave something to be desired. Being controversial is one thing, but there comes a point when the shock value becomes contrived. “I Bury the Living” is a seven-minute song that is bitingly anti-military and berates a dead soldier and his bereaved mother. The lyrical diatribes of “Who Will Protect Us from the Police?” and “Israel” are underwhelming. However, in “In Your Lap,” Morrissey describes ignoring the Arab Spring in favor of repeatedly declaring “I just want my face in your lap.” Although it is a position which contradicts seven minutes’ ranting about dead soldiers, the focus on romance is charming in contrast to hard political stances.

Overall, “Low in High School” — like the rest of Morrissey and The Smiths’ work — is a cohesive collection of musically strong tracks with an unfortunate lack of self-aware lyrics. The instrumentals and vocals are beautiful and well-arranged, even if the lyrics are so overly dramatic that they’re difficult to take seriously. It’s an album that elicits heavy sighs and repeat listenings.

Whether you hate to love him or love to hate him, this album reinforces Morrissey’s polarizing reputation. “Low in High School” succeeds in making an impact on the listener — and whether listeners agree or disagree with the messages being shoved in their faces, they can’t help but tune in to listen.