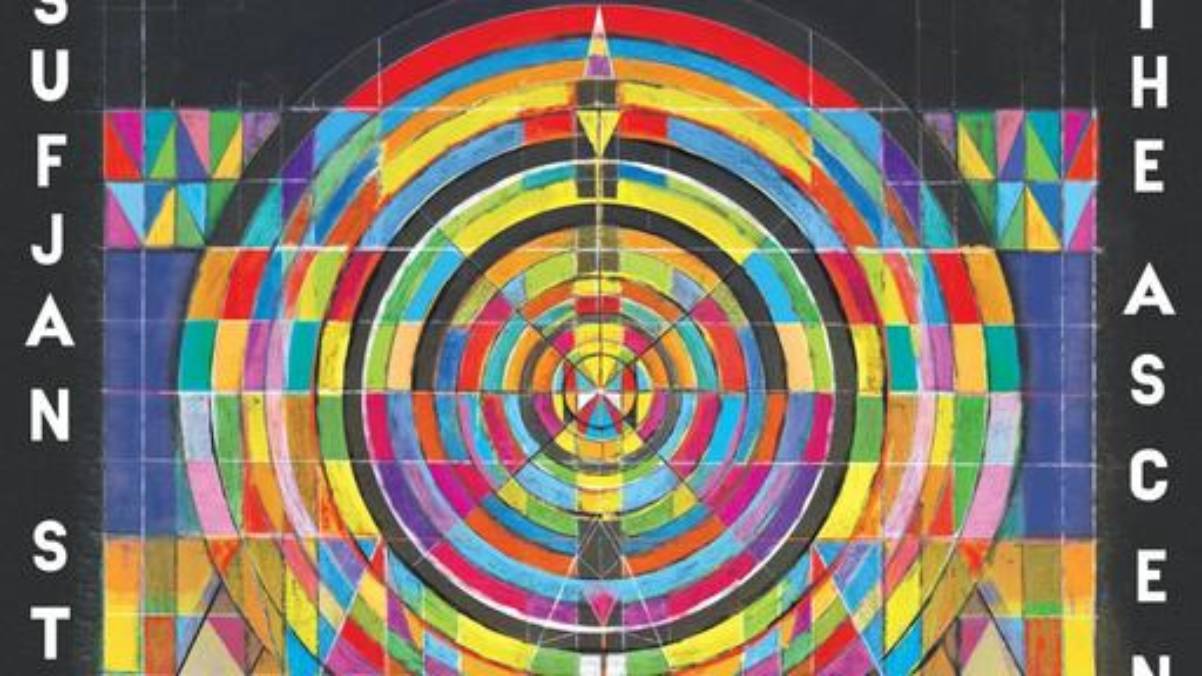 Sufjan Stevens takes a huge leap out of his comfort zone, exploring a genre that is new to him — electropop — on his most recent album, “The Ascension.” The music is complex and sonically heavy, delivering existentialism with intimacy through personal and deep lyrics.

“The Ascension” is about the journey. The album’s first song, “Make Me An Offer I Cannot Refuse,” is a prayer set to a drum machine and synthesizers. Stevens sings, “Show me the grace of a natural king / Lord, I need deliverance,” as transcendental music pulses in the background. Stevens’ cry for deliverance is just the introduction to “The Ascension” experience. What follows is a dense road map to the heavens.

Spirituality is not a new subject for the artist. He has released several religious Christmas songs in the past and won’t be abandoning this spirituality theme anytime soon. But, as Stevens is primarily an indie-folk artist, is anyone surprised?

Stevens’ songwriting prowess is exhibited in tracks like “Tell Me You Love Me” and “Landslide.” At its peak, “Tell Me You Love Me” is an opus of upsettingly heartfelt lyrics cried out by a sea of voices set to shattering-sounding synths. The track starts relatively simply with nothing more than a basic drum beat, what sounds like a piano loop, minimalistic synths and sparingly layered vocals. As the song’s sound swells through the addition of more layers, Stevens’ talent grows more apparent. “Tell Me You Love Me” gives listeners hope for the rest of the album.

However, this anticipation is misguided. Somewhere around the middle, the album drags. The existentialism grows a bit tiring, and the complexity of every single song, while impressive, can feel draining and repetitive.

The title track of “The Ascension” is by far the album’s highlight and one of Stevens’ best creations, but the album does not let the listeners hear it right away. The track is toward the end of the project, coming in at approximately one hour into the hour–and–20–minute–long album. Through a deflated demeanor, Stevens makes reference to Shakespeare’s “King Lear,” a depressing story and therefore a fitting reference for the theme of the track. Stevens sings of life being meaningless and admits that he thought he could change the world for the better. Raw and honest, the artist sighs out these existential thoughts with ease, setting them to a pulsing keyboard melody and echoey synths. The track is a deep well of emotions, authentic confessions and revelations.

The 12-minute concluding song, “America,” establishes a political take. The track begins the way many do off the album, with harmonized synth and layered, processed voices. Stevens cries out in the chorus, “Don’t do to me what you did to America.” In Stevens’ own words, the song is “a protest song against the sickness of American culture in particular.”

“The Ascension” is all over the place, overflowing with themes of spirituality, love and even politics, all set to a complex electronic sound. Stevens shows his listeners all of the bases he can cover in a musical genre. Although the album has its points of exhaustion for the listener, Stevens does what he does best: He makes the listener feel something. Through every song, Stevens conveys an undeniably powerful emotion that resonates with fans and casual listeners alike.