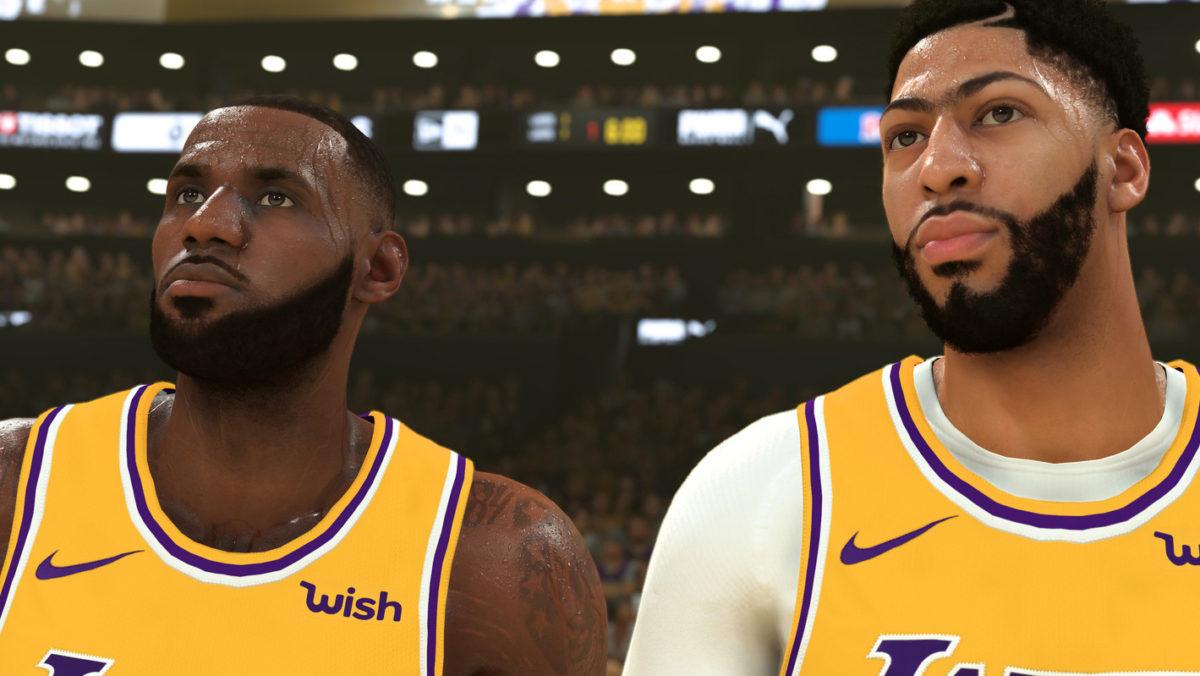 2K Sports
NBA 2K20 boasts the most realistic graphics of any of the previous games in the NBA 2K series. The game, besides offering customization options, is a authentic and entertaining.
By Lucas Jafet
Published: October 22, 2019

Returning with the 21st installment in its franchise, the NBA 2K series continues to push the envelope and redefine what a quality basketball video game is. NBA 2K20 is the successor to NBA 2K19, and the game features the best graphics to date, most realistic gameplay and, for the first time in the history of 2K, the WNBA. Players can go head to head with all 12 WNBA teams. This marks a historic addition to sports gaming, as there has never been an NBA 2K title centered on men that also includes women.

An aspect of the game that returning and new gamers alike will appreciate is the vast improvement in gameplay. In previous iterations of the game, 2K has been criticized for players utilizing strategies like exploiting pick and roll, constant three-point shooting and taking persistent charges. This year’s game feels significantly more realistic and consistent with real-life basketball. 2K also put a strong emphasis on smaller, quicker players being able to blow by slower centers. For example, if point guard Russell Westbrook is on a fast break, he will not be blocked by trailing center Enes Kanter. Overall, every player on the court plays a vital role in the success of their team.

Visually, NBA 2K20 is the most appealing game of the series to date. The lighting, hairstyles, tattoos, shoes and jerseys are as bright and stylish as an actual NBA game on television. 2K’s MyTEAM mode allows the player to create their own custom court, and these visual improvements stand out when the player models a court with custom images and designs.

MyTEAM itself has gone under a total revamp for this year. One of the biggest knocks against the 2K series has been its so-called “Pay to Play” style, meaning that if a player spent real money to upgrade their team, a significant advantage would be given over those who did not. This year, however, the game rewards the player more than ever for time put in the game. A new system, called position locks, was also implemented in MyTEAM. This means that a player cannot put Giannis Antetokounmpo or Kevin Durant, both small forwards in real life, at point guard and run a lineup with all 7-footers. Every player has to play their assigned position. This has been requested by many MyTEAM fans for years, and it creates a much more realistic simulation.

Arguably the most popular mode of the entire 2K franchise, MyCAREER is the most authentic and entertaining it has ever been. MyCAREER is a mode by which gamers can create custom players down to their heights and positions. For this year’s MyCAREER, 2K partnered with LeBron James’ media and production company, SpringHill Entertainment. This collaboration creates a cinematic feel to the mode, especially with feedback from players like James who have gone through the process of beating the odds. By the time the player makes it as an established NBA athlete, they have gone through many rigors and obstacles. The narrative put forward by 2K this year does an astounding job of mimicking the real-life struggles an NBA hopeful goes through, and every decision gamers make impacts the future success of their created players.

NBA 2K20 is unquestionably the strongest installment of the series to date. The gameplay is the most accurate and realistic yet, its visuals are sharp and all game modes underwent significant improvements. The future of sports gaming and gender equality in them has also never looked brighter with the inclusion of the WNBA. NBA 2K20 will leave its legacy as the basketball video game to fully break the gender barrier.