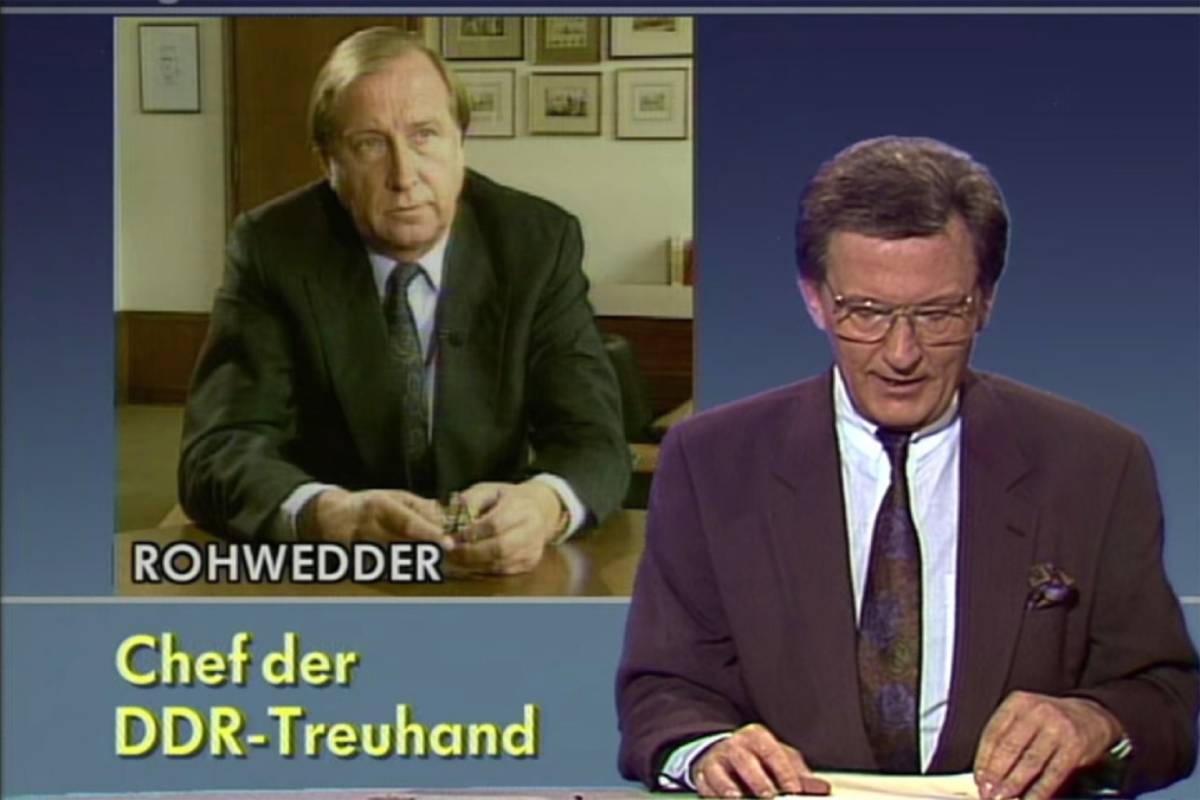 Courtesy of Netflix
“A Perfect Crime” follows the investigation of the 1991 assassination of Detlev Rohwedder, a German politician and manager of the Treuhandanstalt, the government agency established to privatize East German enterprises. The show sparks new ideas about a crime that investigators determined to be a cold case.
By Eva Salzman — Staff Writer
Published: October 6, 2020

What is the perfect crime? Does it leave no evidence behind? Is the culprit never caught? Is the crime even discovered? Or is there a mysterious confession left at the scene that leads police officers in the wrong direction?

The newest true-crime Netflix docuseries has been released for crime enthusiasts and history fanatics alike. “A Perfect Crime” follows the investigation of the 1991 assassination of Detlev Rohwedder, a German politician and manager of the Treuhandanstalt, the government agency established to privatize East German enterprises. The show sparks new ideas about a crime that investigators determined to be a cold case.

Rohwedder was a member of the Social Democratic Party of Germany and had the unenviable job of privatizing state-run businesses in East Germany in the early 1990s. This was prior to the reunification of East and West Germany and required dismantling East Germany’s communist economy and replacing it with a capitalist one. Despite the lack of homelessness and hunger that East Germany had under a communist system, experts theorized that it would soon crumble from within. Seeing this, Rowedder was willing to make the switch to capitalism as soon as possible. However, his speed with this decision is what made him one of the biggest targets for terrorism.

Through four episodes of interviews and old archival footage, “A Perfect Crime” gives viewers forensic insight and a lot of historical context to stir up questions and ideas about who killed Rohwedder. Although the Red Army Faction, a far-left militant organization, claimed responsibility, an assassin was never identified.

“A Perfect Crime” gives viewers all they need to know about the case while keeping a brisk pace and a relatively short runtime, with every episode being approximately 40 minutes long. The interviews with Rohwedder’s past co–workers and even some former members of the Red Army Faction provide interesting sides to the story and aid in the establishment of possible motives for the killer.

One of the opening shots in the first episode details a window that has a mysterious bullet hole in it from the shooting of Rohwedder in his bedroom. “A Perfect Crime” begins to establish a conspiracy regarding Rohwedder’s security, explaining that he had the highest threat level on the scale. Rohwedder was only supplied with bulletproof windows on the bottom floor of his house, and the security cameras in his home were mysteriously switched off the night of his assassination. The first episode, in which this information is revealed, is structured well as it sets up the mystery around Rohwedder’s death right away.

For viewers who don’t speak German, the interviews can get a little confusing. The interviewees all speak German throughout the show, and although Netflix offers an English audio option, it doesn’t quite match up with the English subtitles. In addition to this, there are a lot of people interviewed throughout the series, some more relevant than others. A viewer could easily lose track of who’s who with the number of people they show.

“A Perfect Crime” is a bit inconclusive. It leaves the viewers to decide whether it was security incompetence or governmental conspiracy that allowed Rohwedder to be killed.

The majority of the series provides information about the historical context of Germany during the late 1900s. This is great for establishing why someone would have wanted Rohwedder dead but can get pretty boring if the viewer is not a history buff. There are no gory, gruesome details or psychological thrill to learning about the investigation. This probably isn’t the pick for viewers who like that side of true crime, but it’s perfect for those who are interested in political conspiracies and assassinations.