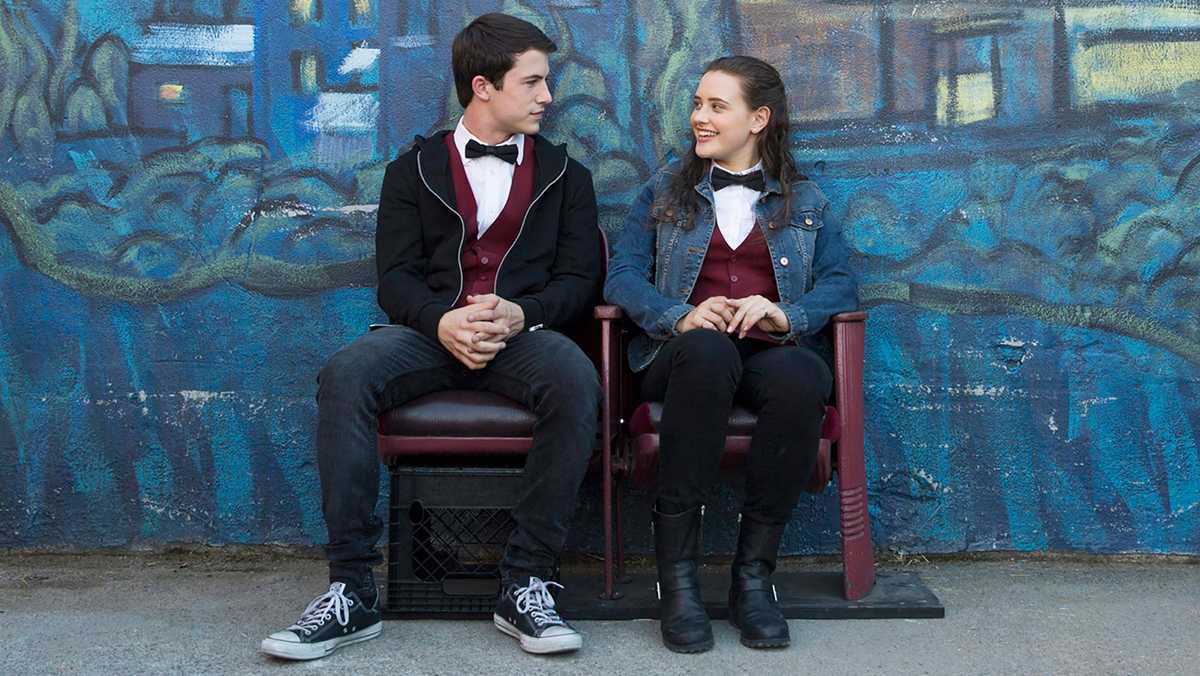 Netflix
“13 Reasons Why” is a 13 episode Netflix series produced by Selena Gomez. The show recently came under fire for its inaccurate portrayal of mental illness despite Gomez’s claims that the show is an educational experience.
By Matt Maloney — Assistant Multimedia Editor
Published: April 18, 2017

In the fictitious Liberty High School, students and faculty mourn the loss of student Hannah Baker, who committed suicide shortly before the events of the new Netflix original series “13 Reasons Why.” Before her death, Hannah (Katherine Langford) recorded 13 tapes, each one documenting a story that involves one or more of her classmates whom she says were responsible for her suicide. The tapes are passed among those who wronged Hannah, eventually landing in the hands of Clay Jensen (Dylan Minnette), who was Hannah’s only true friend. Clay was in love with Hannah and is perplexed as to why he is on the tapes, but he knows the only way to find out is to listen. What ensues is a controversial emotional rollercoaster that takes Clay to the edge of sanity and exposes the worst parts of Liberty High’s elite. Unfortunately, the highs of the narrative can’t compensate for the lows of the message. “13 Reasons Why” isn’t the mental-health education its creators set out to make.

The show is structured very well. Fittingly, the whole series stretches over 13 episodes, with each episode focusing on one tape and one character. The writers of the show were able to masterfully create a story full of twists that slowly reveal details to round out the plot. The thrill to know what’s on the next tape makes this series an exhilarating watch.

From a visual standpoint, “13 Reasons Why” is exceptional. In the first episode, Clay falls off his bike and has a bandage on his forehead for the remainder of the series. This becomes significant when Clay is visualizing one of Hannah’s stories because it helps the viewer distinguish the past from the present. The use of color is also important to these sequences. When Hannah is alive, the visuals appear to have warmer color, signifying a happier time before Hannah’s suicide. It’s subtle, but the thought that went into crafting the shots in “13 Reasons Why” is brilliant.

Without shoving it in your face, the show contains a cast packed with people of different ethnicities and sexual orientations. The refreshing change manages to avoid stereotypes of said characters. As a result, Liberty High feels like a real school, not a Hollywood facsimile.

Though this show does a lot of things well, it falls flat when dealing with the most important subject in the show: mental-health and suicide. “13 Reasons Why” takes the position that suicide can be prevented by others, which is not always the case. In episode 10, Clay asks his friend Tony who killed Hannah Baker to which Tony replies, “We all killed Hannah Baker.” The notion that kindness can help prevent people from doing the unthinkable is made with good intentions, but suicide is never anyone else’s fault. The position that the show takes about this provides an inaccurate depiction of suicide and mental-illness.

To make matters worse, Hannah’s graphic suicide is depicted in the series. Executive producer Selena Gomez said they showed Hannah’s death to romanticize suicide. Unfortunately, this scene does the exact opposite and functions as a glorified how-to tape. Depictions of suicide could give people who may be thinking of taking their own lives ideas of how to do it, which is ironically what this show is trying to prevent.

When viewed through a non-critical eye, “13 Reasons Why” is a compelling narrative about a boy trying to get justice for someone he loved. However, it is impossible to ignore the issues concerning the portrayal of suicide that are prevalent in this show. The decision to have characters blame themselves so heavily throughout the show creates a poor message for the viewer. Considering the loose ends of the last episode, it will be interesting to see if a possible season two of “13 Reasons Why” could set the record straight on the problematic portrayal of Hannah Baker.