Review: Netflix shows the humor in aging and highlights friendship 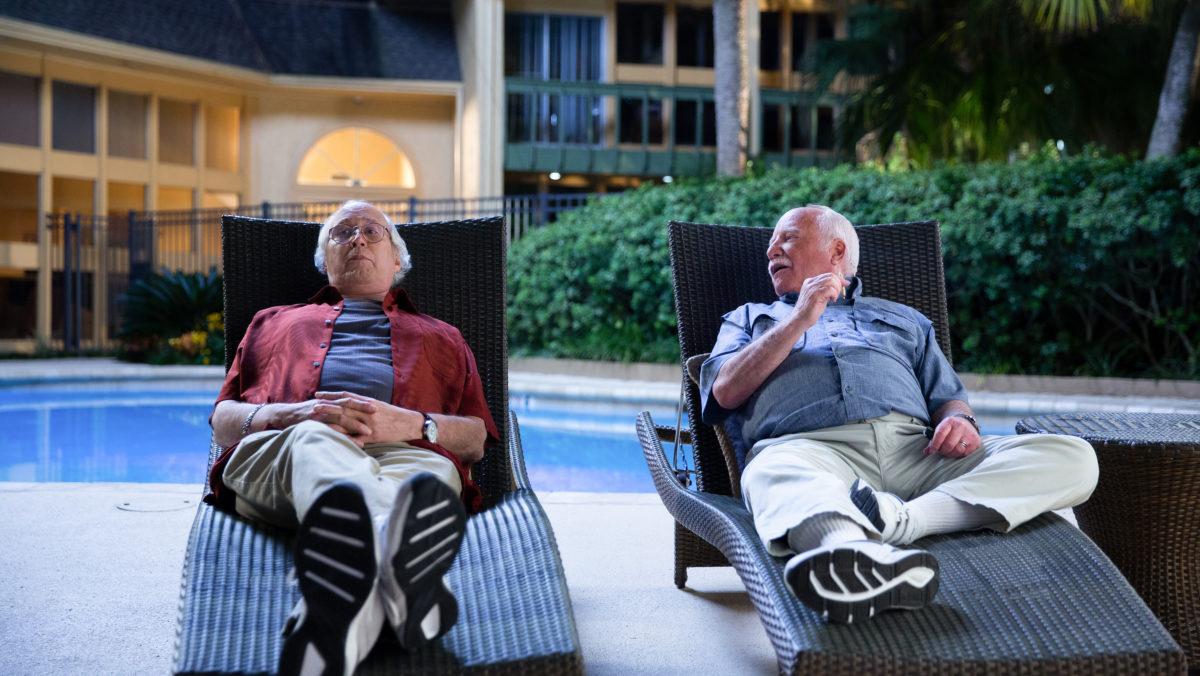 Netflix
From left, Al (Chevy Chase) and Buddy (Richard Dreyfuss) rekindle and old friendship and career. "The Last Laugh" is endearing and funny, but suffers a few scenes that feel out of place.
By Avery Alexander
Published: January 20, 2019

Netflix is off to a wonderful start to 2019 with new hard-hitting comedy, “The Last Laugh.”

The movie is a coming-of-age story about a manager and a comic, both of whom are hoping for a major career revival. One detail that sets this film apart from every other coming-of-age story is that instead of following the journey of an adolescent coming to terms with adulthood, “The Last Laugh” focuses on the process of two old men coming to terms with their final years.

Al Hart (Chevy Chase) is a talent manager, but after all of the clients and acts he used to manage died, he finds himself without work to occupy his time. Al’s life is slow, and as he gets older, he starts to have accidents around his house. Worried about her grandpa’s safety, Al’s granddaughter, Jeannie (Kate Micucci) convinces him to move into a nursing home with a number of activities to keep him occupied and well cared for.

At his new home, Al runs into an old client of his, ex–comedian Buddy Green (Richard Dreyfuss). Al is overjoyed after reuniting with his friend, and knowing that Buddy is there is one huge reason Al gives in and finally moves into the home. Fifty years prior, Buddy left show business days before he was to appear on “The Ed Sullivan Show,” effectively ending his career and tripping Al up in the process. Instead of continuing on with his passion of being a comic, Buddy became a podiatrist, got married and had a kid. Now, Buddy seems content living life low and slow. However, Al doesn’t want a life of retirement and isn’t content with settling down, so he approaches Buddy with a proposition to start up Buddy’s career again.

The concept of this movie is different and endearing. The elderly are often either forgotten in media or portrayed as odd, alien and nearly inhuman. It’s refreshing to have a film in which elderly people are the main characters.

Although the story unfolds in an interesting and enjoyable way, there are times where the storytelling gets muddy. One particularly confusing moment is when Al and Buddy go to Tijuana, Mexico, for a gig. Everything is normal until Buddy’s set ends. He and Al decide to explore the city, and the men run into two American naval officers and ask them where to have a good time. The next moment, Buddy and Al are in a prison cell, and Buddy is sick in the corner after drinking bad water. None of these antics is explained, and they feel wildly unfitting for the movie. Almost as fast as the prison scene comes, the movie flashes to the men crossing the border back into the United States after somehow being freed. This strange lack of explanation is noticeable, but it doesn’t take away from the overall comedic effect of the film.

“The Last Laugh” deals with material that many movies tend to avoid. The movie faces the reality of death head-on and isn’t afraid to joke about it. It’s rare that a movie effectively captures the innate human fears of death and aging and, even rarer, that it can find the humor and levity in them. The film also describes very clearly how it’s all too easy to let the reality of sickness and loss overtake one’s life.

Both Buddy and Al spend most of the movie avoiding focusing on their age, living as if they were still young. The development of both of their characters is absolutely beautiful. Buddy is a jokester at heart, but Dreyfuss adds a layer of complexity to the comedian. Buddy isn’t only a funny guy: He lives his life for others, dedicating himself to smiles and laughter. Al, on the surface, seems to be a workaholic who doesn’t know when to quit, but Chase makes certain that the character is more complicated than that. Al lives for work, and he needs to manage acts as much as he needs to breathe. Both men eat and sleep their passions, and it’s a primary motivation for the development of their characters. Throughout their tour, the two men come to terms with the fact that they will never be young again, and they learn to embrace their age instead of vehemently denying it. They learn that their age and all of the struggles that come with it like sickness, boredom and loss are not boundaries but rather pieces of them that they simply cannot ignore.

The story is gorgeous, and the relationship between Buddy and Al is delightful. They certainly have a client-manager relationship, but under that, they’re best friends. They understand each other and support each other fully, even when the other is failing or having a difficult time. Buddy and Al tease each other and make fun of their ages all the time, but it’s clear that both men care deeply for each other.

“The Last Laugh” focuses closely on this relationship that is incredibly sensitive, vulnerable and wonderfully relatable.