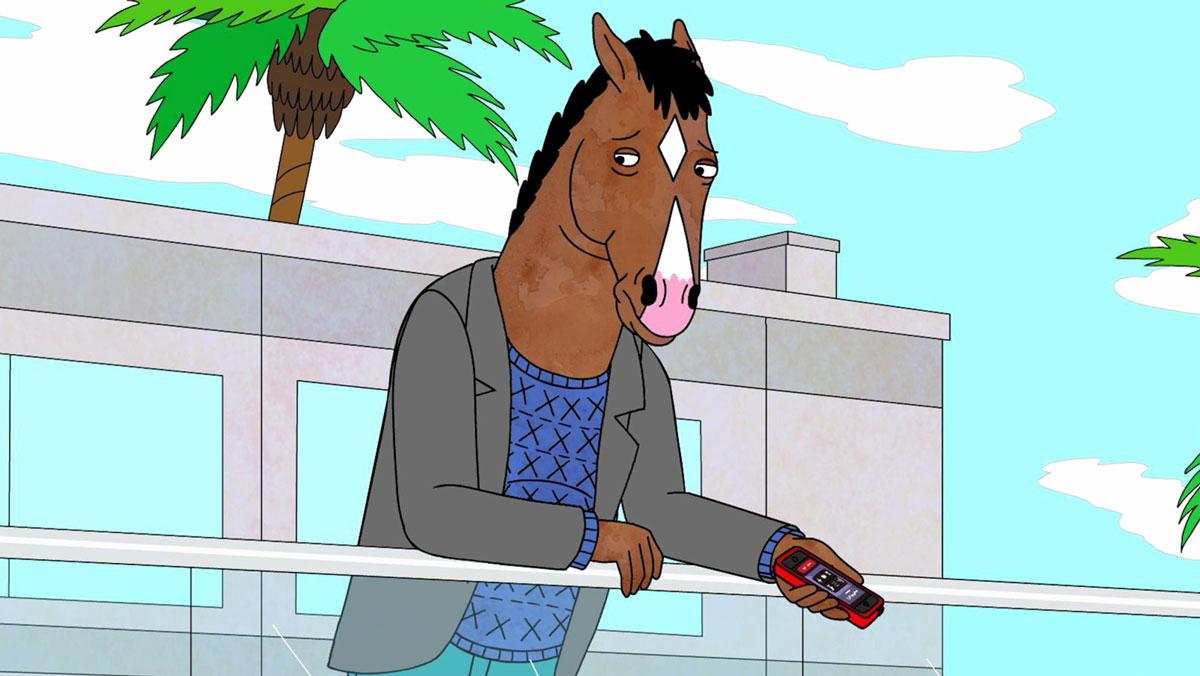 “Bojack Horseman” is an animated Netflix show about a horse man. He’s a former TV star. He’s a new father. Most importantly, he’s one of television’s most nuanced characters. The show is a commentary on the political state of the world, Hollywood and mental health. Serialized shows that run this long run the risk of getting stale easily. Luckily, season four brought something new to the table.

The season starts with an episode completely devoid of Bojack (Will Arnett), a famous actor from a ’90s sitcom. Bojack went missing at the end of season three. Instead, the premiere is set several months later in the “Bojack Horseman” parody of Hollywood, called “Hollywoo,” and focuses on Mr. Peanutbutter (Paul F. Tompkins). In this season, Mr. Peanutbutter tries to run for governor of California. One thing leads to another, and the premiere concludes with a ski race between the governor of California, Woodchuck Coodchuck-Berkowitz (Andre Braugher), Mr. Peanutbutter and Todd (Aaron Paul), who previously lived with Bojack. The premiere focuses on the more absurdist and comedic side of “Bojack Horseman.” After this episode, the show goes back to its normal, less bombastic tone as Bojack returns to Hollywoo and finds out he has a daughter.

The fourth season has two major plot lines. The first follows Bojack as he tries to become a better father while also taking care of his mother. The second details Mr. Peanutbutter’s bid for governor, which affects the marriage between him and Diane (Alison Brie). The major problem with this season is that the characters do not interact with one another enough. Bojack is almost completely in his own story bubble throughout the season. He only talks to each of the other four main characters once or twice, while the majority of his screentime is spent with Hollyhock (Aparna Nancherla), Bojack’s estranged daughter. Bojack interacts with Diane once, but is only a B-story in a Mr. Peanutbutter focused episode. In the last three seasons, the characters all spent time together, and that’s one of the aspects that made the show thrive. It’s a shame because most of the character arcs are good throughout, but the lack of interaction makes the season feel disjointed. What bearing does Mr. Peanutbutter’s campaign for mayor have on Bojack and his daughter? Every plot thread doesn’t need to connect, but there should be some link between the show’s major players.

That said, the individual stories are strong in their own right. Season four brought more depth to the lengthy list of characters. For example, Todd, who at the beginning of the series was just a guy who stays on Bojack’s couch, has developed in unexpected ways. He is still a funny guy who has the spirit of the old Todd, but he is definitely more mature. It is also understandable why they had Bojack alone for most of it. In season three, Bojack hurt his relationships with several of the characters and drastically changed character dynamics. As a result, every conversation has weight. Every argument is a high-stakes affair. Every minor squabble has the potential to balloon into a major disaster. It’s refreshing to watch a show that is unafraid to pull its emotional punches.

This show is the perfect mix of comedic and depressing themes. “Bojack Horseman” can easily go from a simple joke to a very dark topic. Emotional flip-flopping is a difficult feat to perform, and often, shows that attempt to do so come across as inconsistent and shallow. “Bojack Horseman” blends both elements successfully and creates a nuanced story full of intimate human drama.

“Bojack Horseman” is a comedic, sad and heartfelt season of television that is far deeper than a show about a horse man has any right to be.