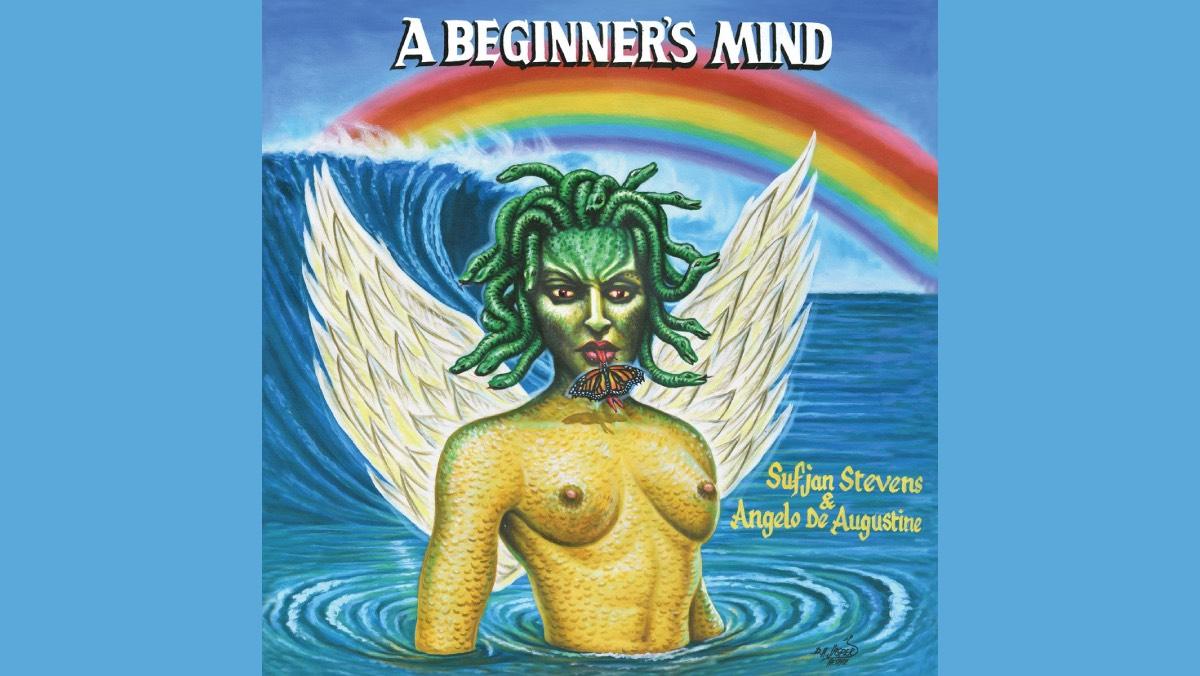 Courtesy of Asthmatic Kitty
On "A Beginner's Mind," Sufjan Stevens and Angelo De Augustine spent a summer in the woods to create the perfect concept album.
By Sarah Marsh — Contributing Writer
Published: October 6, 2021

Sufjan Stevens and Angelo De Augustine have spent a summer in the woods creating the perfect concept album. “A Beginner’s Mind” is 14 tracks of movie–lover’s nostalgia, full of the atmospheric folk sounds that Stevens and De Augustine are best known for.

“A Beginner’s Mind” is one of the most creative albums released this year, with each track inspired by a different film. Rooted in folk, the album features heavy acoustic sounds and an overall light and airy tone. Each song on the album makes listeners feel like they are watching a version of the correlating film that the artists directed. Every piece of cinematic inspiration shines through in both lyricism and instrumentation. The album opener “Reach Out” is an excellent introduction to these themes; it references the German film “Wings of Desire” with subtle and understated tonality. This song features the iconic harmonies and calming melodies unmistakably associated with Stevens and De Augustine, balancing intricate chord progressions with layered vocals.

Tracks “Fictional California” and “Cimmerian Shade” keep the same bright, atmospheric melodies, but introduce listeners to the beautiful duality of the album with darker lyrics and heavier themes. Stevens and De Augustine have mastered the arts of contrast and parallelism, weaving together haunting lyrics with warm and resonant instrumentation. “Fictional California ” is inspired by the teen film “Bring It On Again.” The track manages to take a movie about the trials and tribulations of California college cheerleading and turn it into something every listener can relate to. With lyrics that recount the exhaustion of surviving young-adulthood, the song captures the spirit of coming of age films. “Cimmerian Shade” is certainly a stand out from the album, sounding deceivingly happy for a song based on the 1991 film, “Silence of the Lambs.” Once again, Stevens and De Augstine take a seemingly unrelatable story and make it palatable. Singing “I just want you to love me, I just wanted to know myself”, the duo leans into every aspect of the human condition that it can pull from a classic horror movie. Sonically, the ending of “Cimmerian Shade” becomes progressively more dissonant, a shocking contrast to the majority of the song that is filled with pleasant acoustic guitar and delicately layered vocals. The audio becomes warped and drawn out, putting the listener on edge and creating a sense of madness in the singer. It’s an incredible salute to the source material and demonstrates Stevens and De Augustine’s craftsmanship.

“You Give Death A Bad Name” and “(This Is) The Thing” are two of the most haunting tracks on the album, both in theme and sound. “You Give Death a Bad Name” is in a minor key, taking the listener through a harrowing experience. With lyrics like “Can you exist? Shade of the oculist / no consciousness, less than a metaphor” and “what was once dead is now coming for you”, the inspiration from the cult classic “Night of the Living Dead” is extremely evident. The song feels heavier and fuller than the introductory tracks, with more complex instrumentation adding to the darker themes of mortality and grief. “(This Is) The Thing” is a non-traditional ballad, acting as a love letter to childhood innocence and what makes someone human. The acoustic guitar heavily featured in other areas of the album is replaced with soft piano melodies that make the track feel almost romantic, an unexpected but not unwelcome tonal take on source material of “The Thing.”

Stevens and De Augustine have an innate ability to capture the themes and tones of the pieces that inspire them while creating music that is sound enough to stand on its own. While it is incredibly interesting to delve into the inspiration behind each song on “A Beginner’s Mind,” this body of work is surprisingly able to maintain its integrity without any prior knowledge of the artists or their creative process. The references and background information act more as Easter eggs for the sharp-eared listener or eager film buff rather than pivotal pieces required to understand the album.

“A Beginner’s Mind” sounds beautiful and provides an incredibly creative and fresh take on classic films, all in all serving as a real musical treat for the listener.