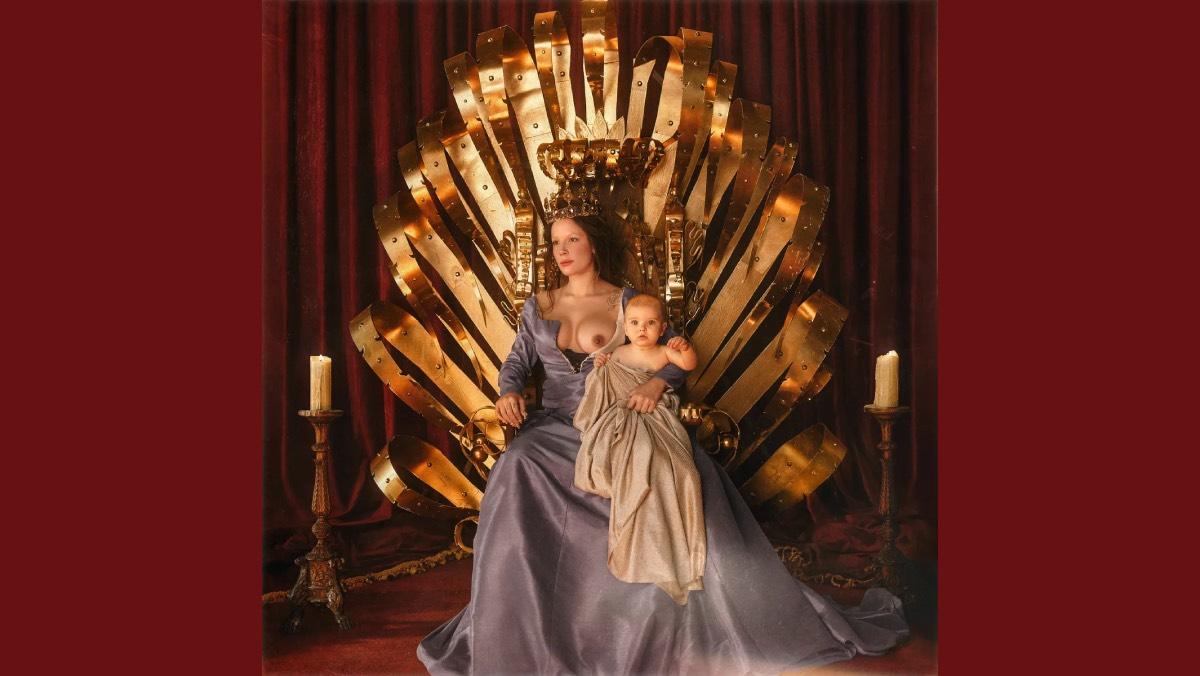 Courtesy of Capitol Records
Halsey's new album “If I Can’t Have Love, I Want Power” is a beautiful genre-mixer that explores concepts like sexuality and gender.
By Dariene Seifert — Senior Writer
Published: September 7, 2021

“If I Can’t Have Love, I Want Power” is the dynamic declaration that is the title for Halsey’s fourth studio album. Trent Reznor and Atticus Ross of Nine Inch Nails collaborate with the singer-songwriter to produce an electrifying album that beautifully blends several musical genres together. With this riveting mix of pop, rock, punk, grunge and alternative, the trio creates a distinct sonic atmosphere. Halsey explores the intricate concepts of sexuality and gender, along with the victories and burdens that are attached to them.

“I am not a woman, I’m a god” is the most explosive track on the album. A blaring synthesizer deeply resonates along with Halsey’s dominant vocals, proclaiming their conflicting beliefs: “I am not a martyr, I’m a problem / I am not a legend, I’m a fraud.” The instrumental is akin to a pulsating heartbeat, perfectly capturing how intense the song is.

The songs that truly showcase Halsey’s vocals are “Easier than Lying” and “honey.” “Easier than Lying,” features a build–up of hushed whispers to grungy screaming. Captivating strummed guitar and heavy bass drum accompany the singer’s voice. A whirling alarm ends the track on a fervent note. This energy continues with “honey,” which drips with intoxication as Halsey sings about a tumultuous romance. Foo Fighters’ Dave Grohl wails on the drums, and his incredible skill shines through as the percussion stands out from the rest of the instrumentals. Even in the heavy pop-punk tone, Halsey easily expresses a range of emotions as they reminisce about their lost loves in both tracks.

Halsey enjoys her mischievousness as she tells her haunting story in “The Lighthouse.” It is an ominous tale about a vengeful siren drowning sailors and relishing in her cunning craft. An electric guitar with added reverb creates the sound and feeling of being underwater, making “The Lighthouse” hypnotically chilling.

Both “Girl is a Gun” and “Lilith” show Halsey’s vocals and lyricism in flawless harmony. In “Lilith” Halsey follows along to the beat of the drums, creating a funky rhythm as she confronts the media in how it scrutinizes her. The singer-songwriter’s charming laugh introduces “Girl is a Gun.” The vocals are nasally and the instrumentals fast-paced, building suspense as Halsey coaxes anyone to “touch my trigger.”

The album closes out on “Ya’aburnee,” a gentle ballad dedicated to Halsey’s partner and newborn. Their emotion feels raw as Halsey admits that they could not live on without their family: “Darling, you will bury me / Before I bury you.” This is emphasized by the removal of the domineering instrumentals and the focus is only on their vocals and a guitar.

Halsey accomplishes her conquest in power with her newest album. Their collaboration with Reznor and Ross has proven to be fruitful among thirteen songs and deluxe edition bonus tracks “People Disappear Here,” “Gasoline (Reimagined)” and “Nightmare (Reprise).” “If I Can’t Have Love, I Want Power” is a welcome and beautiful addition to Hasley’s discography.

Singles for the week 9/3