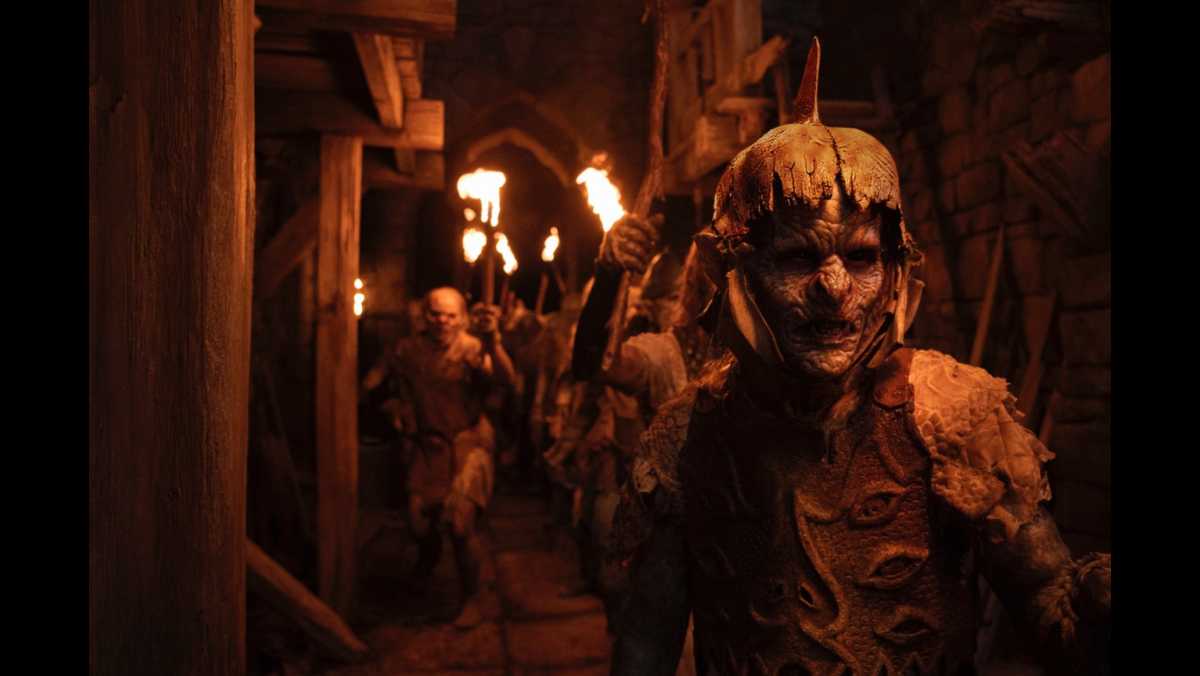 Courtesy of Amazon Studios
With a roughly $715 million budget, “The Lord of the Rings: The Rings of Power" is the most expensive television series ever created.
By Lily Lipka — Contributing Writer
Published: October 26, 2022

The Lord of the Rings: The Rings of Power

Peter Jackson’s “Lord of the Rings” trilogy is one of the greatly revered film trilogies of all time. Countless children grew up on these films and continue to revisit them as adults, now much more aware of the full lore of J.R.R. Tolkien’s original book series. Perhaps it is this nostalgia, tied with extreme fandom, that makes it so difficult for any other related media to live up to the precedent they set. Either way, season one of Amazon’s latest major streaming endeavor, “The Lord of the Rings: The Rings of Power,” attempts to recreate the magic of the original films in the form of a serialized television show. In a way, it surprisingly succeeds.

“The Rings of Power” takes place in the fictional land of Middle-earth, many years prior to the events of “The Hobbit” and “The Lord of The Rings.” It follows a large cast of characters and their respective experiences with the evil that has recently emerged in their world. The first and most significant character introduced is Galadriel (Morfydd Clark), the headstrong commander of the Elven army. Throughout the series, she seeks to find and defeat Sauron, a darkly powerful enemy of yore who is responsible for the death of her brother. She (correctly) believes Sauron has come back to destroy Middle-earth, despite his presumed death and the doubt she receives from those around her. One of the greatest strengths of the series is undoubtedly Clark’s performance as Galadriel. She portrays her grief-stricken stoicism with such subtlety and compassion that one cannot help but care deeply for her, despite her apparent close-mindedness. Clark manages to make Galadriel emanate light even in darkness, a key theme in the show, and one that is central to her story.

Eleanor “Nori” Brandyfoot (Markella Kavenagh) is also a massive standout. Nori is a Harfoot, a Hobbit-like creature that lives with a small community of other Harfoots who migrate often and avoid contact with others. She leads one of the several major storylines, and one could even go so far as to call her the heart of the show. Though numerous thematic elements are nodded to in other storylines, Nori’s makes them more explicit. While on occasion these more overt displays of theme through Nori’s dialogue can be a bit heavy-handed, they also make a lasting impression. She has some of the greatest lines in the show, bringing up the importance of helping one another, having hope and finding one’s purpose. Kavenagh plays Nori with a gentle sweetness that allows her to put forth some wonderfully heartfelt line readings.

One would be remiss, of course, not to bring up the fact that “The Rings of Power” is the most expensive television series ever created. While it is certainly absurd to spend about $715 million on anything, it seems to have paid off in this case. From the first shot til the end, the show is truly stunning to watch. The visual effects are impeccable. The first time we see the Elven realm of Valinor is a jaw-droppingly beautiful moment, and it is immediately clear where this massive budget was spent.

The most unfortunate aspect of the show, however, is the runtime. Over an hour per episode is entirely unwarranted here and leaves the story meandering, especially in the middle episodes. There are several episodes that leave characters in one place for far too long, diminishing the urgency of the situation at hand and making the story altogether boring. In episode five of the eight-episode season, the stakes are raised in a variety of ways within each plotline to show that the characters are finally ready to take action. The issue is that the stakes were already high enough for the characters to start fighting the evil that, while slightly more serious at this point, had been an ongoing threat since the beginning of the series.

From the score by Bear McCreary to the worldbuilding to the acting, “The Rings of Power” has so much going for it. While it would be a bit of a stretch to say that the series lives up to its film predecessors, it shares many of the same elements of greatness. Although the show has some major structural and pacing issues throughout, it still leaves the viewer with a sense of hope that, for the most part, makes it worth sitting through the unnecessarily long parts for.