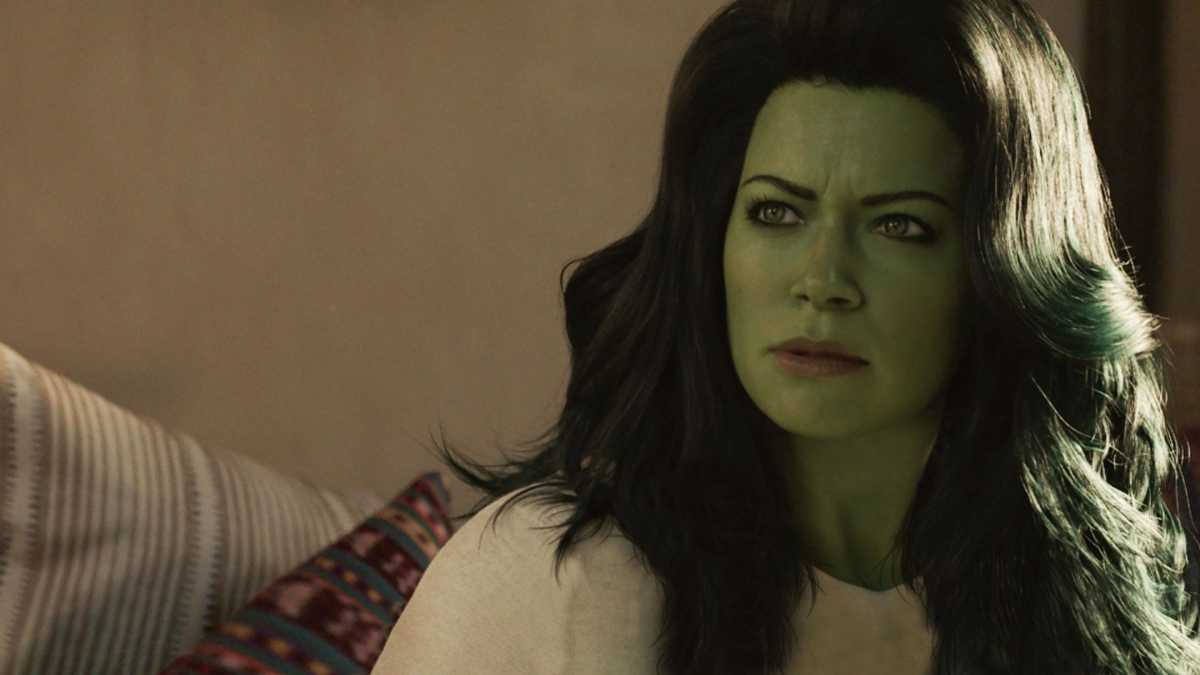 With “She-Hulk: Attorney at Law,” Marvel Studios introduces a new hero and dips its toes into a new genre of television on Disney+. While the series is hilarious, its humor often comes with the price tag of not taking itself or the Marvel Universe very seriously, leaving viewers unfulfilled and unamused by the end of its season.

In “She-Hulk: Attorney at Law,” Jennifer Walters (Tatiana Maslany) is given Hulk-like abilities after a freak car accident causes some of her Hulk cousin Bruce Banner’s (Mark Ruffalo) blood to enter her system. With the onset of her new She-Hulk persona, Jennifer is forced to grapple with the responsibilities that come with being a superhero as they begin to entangle with her desire to live a normal life as a lawyer.

“She-Hulk” works best when it focuses its attention on Jennifer’s journey of self-acceptance. Maslany is phenomenal in this series and often carries it on her shoulders. Her comedic timing and charm are impeccable and make it easy for viewers to quickly appreciate Jennifer’s character. Jennifer is someone who has trouble understanding her own self-worth and what makes her special. Through her meaningful journey of embracing She-Hulk, she finds that there is much to love about just being Jennifer that she had not embraced before. This relatable journey of self-love that Jennifer goes on throughout the season is where the character and the show shine the most.

As a sitcom, “She-Hulk” often leaves much to be desired. After its first two episodes, the show adopts the classic sitcom “A” plot and “B” plot story structure. While the main plot involving She-Hulk takes place in the “A” plot, a side story typically occurs in the “B” plot with some of the show’s charming supporting characters. Nikki (Ginger Gonzaga) is especially a scene-stealer as Jennifer’s best friend.

Unfortunately, these side-plots are often not as interesting as the events that unfold in the main plots, and mostly lean into lackluster parody where the comedy is concerned. One of the worst of these side-plots unfolds in episode three when one of the show’s supporting players represents a client in a case in which a shapeshifting Light Elf from New Asgard takes the form of Megan Thee Stallion and scams a client out of $175,000.

While the pay-off for this particular side-plot was funny, its buildup was not and often slowed the show’s pacing significantly. Considering that the series strictly sticks to a half-hour format throughout its nine-episode season, the amount of time that any specific episode chooses to devote to a side plot is extremely important, especially if the side plot is uninteresting.

When the show purposefully dips into parody is when it becomes sloppy. Throughout the season, Jennifer breaks the fourth wall and speaks directly to the audience, similar to what is seen in shows like “Fleabag” and films like “Deadpool.” While the use of fourth wall breaking as a tool to connect directly with viewers is used brilliantly throughout the majority of the show, “She-Hulk” takes it a bit too far in its finale episode.

Instead of devoting time to properly address the serious issues of harassment and sexism that are introduced throughout the season, “She-Hulk” decides to initiate a cop-out in its finale at a moment when it could have said something quite profound. This choice ends the show on not only a massively confusing note but one that seems to deliberately undermine the issues that the show had been so respectful of up until the last half of the finale. The season ends with Jennifer walking into a courthouse, where the bulk of the last episode should have been spent.

As a legal sitcom set within the Marvel universe, “She-Hulk” could have worked better. While there are hints of greatness, specifically in the main plots of episodes three and eight, the show barely capitalizes on the potential of what it could have been. The series had multiple surprises and hilarious and heartfelt moments throughout its season. Unfortunately, it tosses everything aside in its final moments in a way that falls flat on its face and makes viewers wonder why they should continue to care about anything that transpires in the Marvel Cinematic Universe going forward.