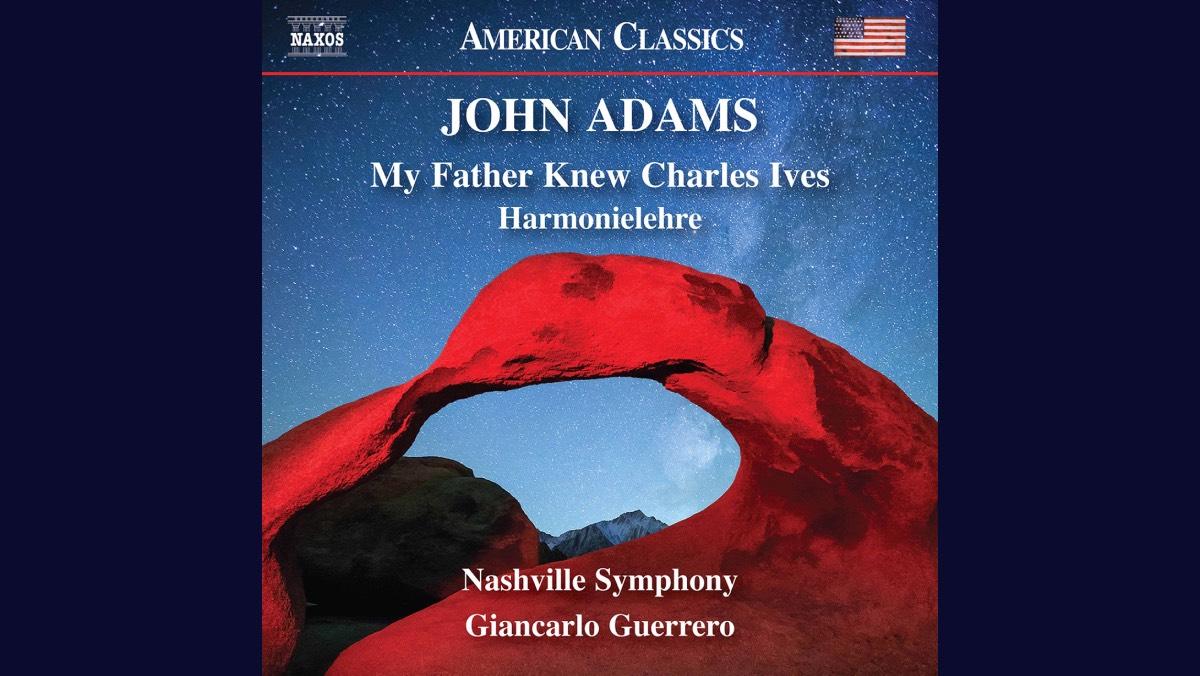 In 2017, the bold, frenetic piano chords of composer John Adams’ “Hallelujah Junction” opened the film “Call Me By Your Name.”  However, Adams is known far beyond the fitting soundtrack to this film.

Adams is one of the most prolific and esteemed modern American composers and is known for his politically charged pieces, like “Nixon in China” and “Doctor Atomic.” In his latest album release, music director Giancarlo Guerrero and the Nashville Symphony Orchestra perform two of Adams’ classics — “My Father Knew Charles Ives” and “Harmonielehre” — with mystery and precision.

“Concord” is defined by a slow, creeping trumpet that sets the tone for the rest of the piece. “The Lake” contains sporadic flute and keyboard notes over abstruse tension. While the first two movements are slightly tedious, “My Father Knew Charles Ives” comes alive with “The Mountain,” a beautiful piece that rounds off the suspense of the previous movements with strong, ascending violins. The strength that “The Mountain” ends with will make listeners realize that there is a slight deficit in the range of the performances of the earlier two movements.

The album then moves on to its second half, “Harmonielehre,” — or “the study of harmony” in German. Composed in 1985, “Harmonielehre” is a powerful 41-minute composition with profound highs and lows. The first movement, which has no title, opens bold and heavy before transitioning into rolling violin sounds. “The Anfortas Wound,” a nice successor to “Harmonielehre’s” first movement, makes use of pauses and wide ranges. The piece ends on the movement “Meister Eckhardt and Quackie,” which is a beautifully serene and persuasive piece that escalates to sweetly divine places. The performances by the Nashville Symphony Orchestra are confident and affecting, ending the album on a breathless note.

There are two types of audiences for “My Father Knew Charles Ives / Harmonielehre.” The first are those who will sit and be astonished by the tension, strength and variety of sounds in both compositions. The second are longtime Adams fans who will have much to say about the details and intricacies of the Nashville Symphony Orchestra’s performance, comparing it to other performances of these same pieces.

It has a slow start, but at the end of the day, the tension in “My Father Knew Charles Ives” and the boldness of “Harmonielehre” make a great combination. A well-performed rendition of one of America’s greatest modern composers, the Nashville Symphony Orchestra’s performance of John Adams’ “My Father Knew Charles Ives / Harmonielehre” is a great listen for followers of modern classical music.