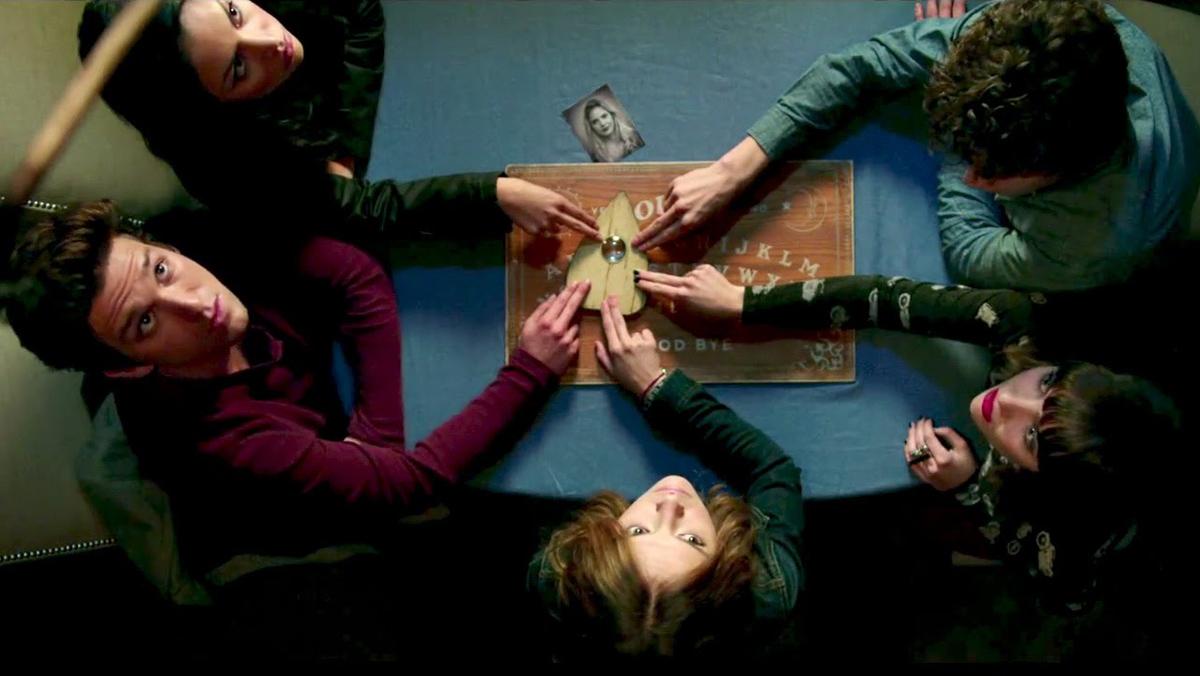 The first hour of “Ouija: Origin of Evil” oozes charm, humor and tension. The vibrant, pastel vision of ’60s America is a refreshing departure from the dozens of other dark and gritty horror films that dominate the box office. The possessed child, skeptic priest and Romeo and Juliet–type romance are plucked from a myriad of other horror films, and they are portrayed in a way that is engaging and entertaining — to a point. The scares start strong and build a compelling atmosphere of mystery and fear, but as the plot thickens, the substance thins, and by the time the credits role, “Ouija: Origin of Evil” is another bland rehash of horror tropes.

The film begins with the classic 1960s Universal Pictures logo, establishing a refreshing style for a modern horror film. “Ouija: Origin of Evil” attempts to go beyond flashy style, establishing complex, human relationships that are lacking in much of modern cinema. Down-on-her-luck widow, Alice Zander (Elizabeth Reaser), is a fake psychic with the help of her daughters, Lina (Annalise Basso) and Doris (Lulu Wilson). Alice is more than a typical, bland horror protagonist. She is a woman struggling to decide whether to move forward or look back, a struggle further complicated by the romantic tension with recent widower, Father Tom (Henry Thomas). A dinner scene between the two is one of the film’s strongest moments. It is a wonderfully poignant and adult discussion about loss and obligation.

The Zanders’ lives change when a mysterious force imbues Doris with the ability to communicate with the dead through a Ouija board. It is amusing that the vessel through which Doris speaks is not an ancient Ouija board recovered from a lost civilization, but rather a generic version of the classic Hasbro game.

The discomfort of watching an innocent child fall prey to malevolent forces sends the audience’s adrenal glands pumping, but the more the audience learns about the mysterious presence, the less threatening it becomes. Questionable CGI choices are partly to blame. There are several scenes that utilize black, shadowy figures that look like they stepped out of an early PlayStation 3 game. These figures are jarring and take the audience out of the moment. But the largest issue is motivation. Doris’ “friends” are ghosts who are inexplicably transformed into vengeful, cast-killing monsters without satisfactory justification. By the end of “Ouija: Origin of Evil,” any sympathy the audience may have felt for the “demons” is diminished. Regrettably, when the plot begins to falter, so too does the horror.

There are several, early scares that are hard to forget, and if the climax had relied on that level of imagery, the overall experience would have been considerably more satisfying. Instead, the final foray into a generic horror movie basement isn’t remotely frightening. A lifeless fight concludes in an abrupt end, followed by an epilogue that doesn’t fit with anything that came before. The final moments of the film add nothing to the story, and instead act as an easy way to set up a cheap scare.

Despite the flaws in “Ouija: Origin of Evil,” it is superior to many of 2016’s blockbuster horror films because, for the most part, it knows what it is. Instead of blazing new trails, it sticks to the familiar horror route and aims to be complex at its best moments and, at the very least, entertaining at its worst. Yes, the ending is nonsensical. Yes, the CGI is laughable. Yes, the major evil of the film is illogical, but the early scares are terrifying and the family dynamic is surprisingly deep. Unfortunately, most of the compelling plot threads fizzle out, concluding in ways that squander their potential. “Ouija: Origin of Evil” is a journey that begins with promise and concludes with disappointment; but there are sights along the way to justify the trip.