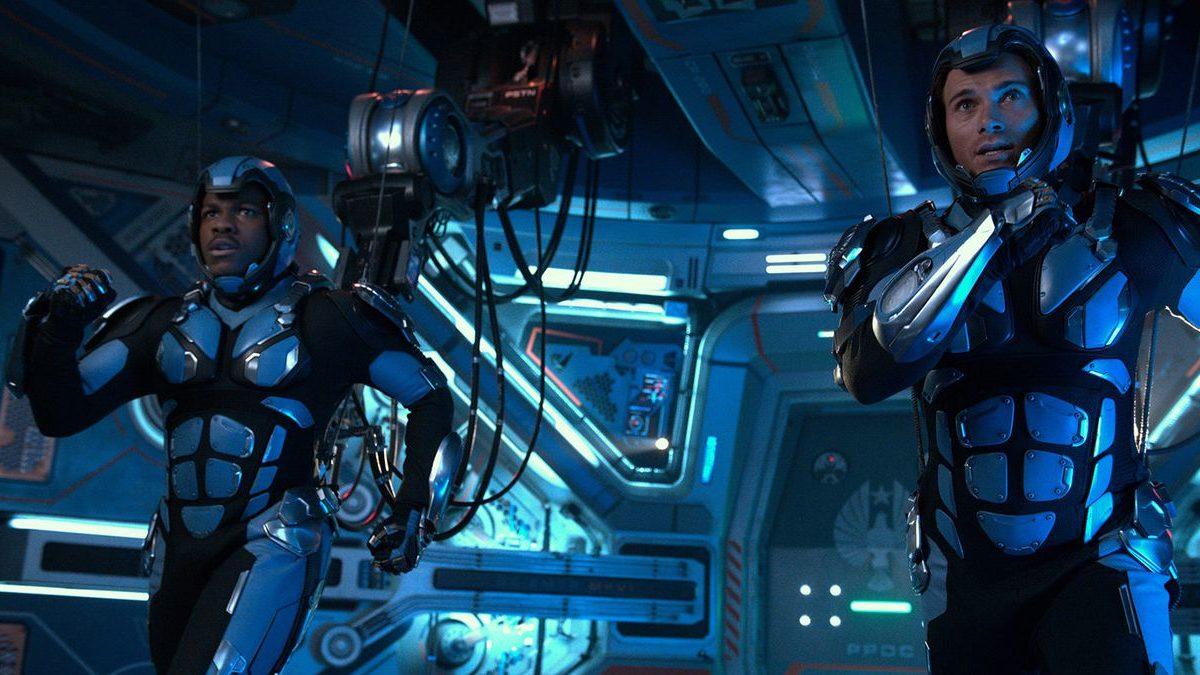 The sequel to Guillermo del Toro’s 2013 epic is finally hitting theaters, but it does not hit the sweet spot of its predecessor. Steven S. DeKnight takes over from del Toro to direct “Pacific Rim: Uprising” and does what he can to execute his vision in a production that is much bigger than him. The film is camp, but it feels like the creators didn’t know whether to go for full camp or grounded realism. This poor ability to pick a lane makes the film feel like the colliding visions of too many people.

In the wake of the events of “Pacific Rim,” “Pacific Rim: Uprising” begins with the world at peace. Stacker Pentecost’s (Idris Elba) army of giant robots called Jaegers have successfully closed the rift, a portal that brings monsters called Kaiju to Earth. Stacker’s son, Jake (John Boyega), is now on a journey to become a Jaeger pilot for some unknown reason that is never explained.

Del Toro is a man who can do no wrong when he gets his hands on an idea he cares about, and it’s impossible to emulate the pure passion behind everything he does. That heart, coupled with del Toro’s ability to direct, is what makes the first film in the franchise tick. With this sequel, that passion is the most glaring exclusion. This film has clearly been made because a studio is trying to cash in on an idea that made money the first time around. What makes this so obvious is the lack of conflict and the thin characters who never find themselves in interesting situations. Jake spends the first two-thirds of the movie trying to become a Jaeger pilot. This is not an engaging storyline because there is no reason for him to become a pilot; there hasn’t been a threat to the world in 10 years. This makes the shoehorned conflict in the third act feel like a last-ditch effort to engage the viewer. Hiring DeKnight might have made sense because of his passion for anime like “Gundam”; this passion is similar to del Toro’s. It seems like DeKnight wanted to make an homage to anime but instead of getting his own platform to do so, he was forced to fit his vision into the established mold that is the “Pacific Rim” franchise.

“Pacific Rim: Uprising” fails at crafting a truly interesting story because of its weak villain and overblown storyline. Part of the charm of the first film was how simple the plot was. The viewer cared about the action because a man coming out of retirement to save the world is an easy-to-understand journey. This simple and clean story was not game-changing, but it was in service to the beautiful action and technical genius of the first film. “Pacific Rim: Uprising” still maintains that technical genius for the most part but fails miserably at crafting a hero and villain who make sense. The creation of the villain in “Pacific Rim: Uprising” is downright ridiculous and comes across as a lazy attempt at crafting a menace. When the final third of the film marks the return of the Kaiju, it feels forced and rushed. It’s as if the writers were sleeping in front of the audience until the final act rolled around, when they woke up just in time to throw their first idea on–screen.

With all that being said, the technical mastery keeps “Pacific Rim: Uprising” from being a completely brutal experience. The film is decently entertaining; its action sequences don’t excite the same way as the previous film but still get the job done. The reason the film maintains a level of entertainment is because it is technically well–done. New Jaeger technology maintains a level of sensory interest, and the strong CGI contributes to the distinct art style that makes the universe feel fleshed–out. Despite this, the brilliant theme music from the first film is used sparingly, to the point where it’s almost abandoned completely.

The energy of the actors makes the film feel high-energy and well-paced. Boyega proves that he is bound to become a staple in action cinema, even after he is done with “Star Wars” — he is overflowing with energy, and his charismatic charm is undeniable. He manages to make uninteresting situations exciting simply because he is buzzing the whole time. Cailee Spaeny also lends a fun performance as young orphaned girl Amara Namani. Her backstory is one of the only aspects of the film that manages to feel truly emotional, and her fiery sassiness packs an impactful punch. The problem child of the cast is Charlie Day as Dr. Newton Geiszler. Day is a successful comedic actor, but his role here is absurd and does not work on any level. Day’s character is taken in a direction that doesn’t just cross the line of believability; it shatters the line into a million pieces. It’s upsetting to see Day try so hard to work with the material he’s given and fail.

Overall, “Pacific Rim: Uprising” pales in comparison to the previous film largely because of its lack of passion. The absence of del Toro is felt strongly and makes the film feel like the product of an assembly line. Like anything that comes off an assembly line, it has pieces that work well, but can ultimately be summed up only as “this is fine.” Unfortunately, the film fails to be anything more than flashy.

Despite thrilling action scenes, “The Maze Runner” lacks the emotional complexity of its source material.