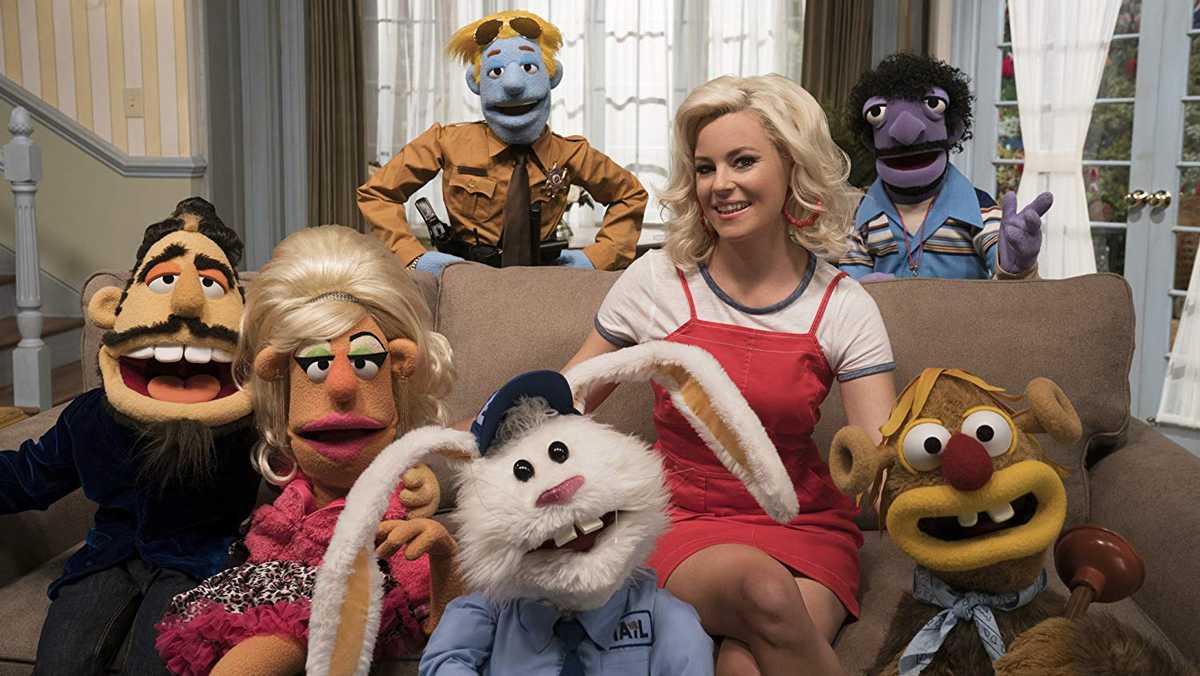 STX Entertainment
Detective Connie Edwards (Melissa McCarthy) teams up with Phil Philips (Bill Barretta) to track down a serial killer who is targeting the puppet stars of a 90’s TV show. The duo are at odds with FBI Agent Campbell (Joel McHale).
By Antonio Ferme — Staff Writer
Published: September 3, 2018

“The Happytime Murders” is Hollywood’s most recent attempt to put a comedic spin on the crime and mystery genre. The film was announced back in 2008 by the Jim Henson Company, home of the beloved Muppets, and it sounded like an intriguing premise. A decade later, it’s sad to see that this concept was completely wasted. The film takes place in a world where puppets are sentient beings living in our world as second–class citizens. These puppets are far from family-friendly, however, and instead are rather foul-mouthed and dirty characters. However, once that novelty wears off, viewers are left with a thin and elementary plot: The puppet cast of a ’90s children’s TV show are being murdered one by one, and a joint police force must solve the case.

Phil Phillips (Bill Barretta), the main character in the film, was the first puppet on the police force but was ultimately fired and became a private investigator. Phil is a grizzled and frustrated character that has been worn down after years of harassment and discrimination from his human counterparts, making him the most likable and memorable character. In fact, Phil is the one puppet that the audience could actually sympathize with since all of the other puppets were given little to no character development. The actual puppeteering, on the other hand, was one of the film’s strongest attributes.

The Jim Henson Company clearly had a hard time finding a human lead for “The Happytime Murders.” Actors such as Cameron Diaz, Katherine Heigl and Jamie Foxx were all approached to star before the lead role of Connie Edwards (Melissa McCarthy) was eventually cast. McCarthy did a subpar job playing detective Connie Edwards, but it was apparent from the start that any Hollywood comedian could’ve played the role just as well, if not better. Her best scenes were when she was bantering with her ex-partner, Phil. The dialogue between the two characters was campy and engaging, but the fact that this was the only conflict that was given any attention is no laughing matter. “The Happytime Murders” suffers the most because it doesn’t know what it wants to be. The comedy outweighs the serious moments and vice versa, making the film feel inconsistent as a whole.

The entire punchline behind “The Happytime Murders” is that these violent puppets use vulgar language, do drugs and have a lot of sex. At first, this opened the door for some hilarious scenes because the concept was still new and fresh. Whether it’s loud and graphic office sex that leads to an explosion of silly string or puppets getting their heads blown off and stuffing flying all over the room, there are definitely some laughs to be found with “The Happytime Murders.”

If anything, “The Happytime Murders” proves that Hollywood can’t slap an R-rating onto a nostalgic property and expect it to work. The simple plot only hurts the film by giving more attention to the humor, which is very hit-and-miss and would barely pass on an episode of “Family Guy” or “South Park.” While the film does feature some hilarious moments that will be fun to watch on YouTube, it’s not enough to save “The Happytime Murders” from its simplistic storyline, confused tone and forced humor.