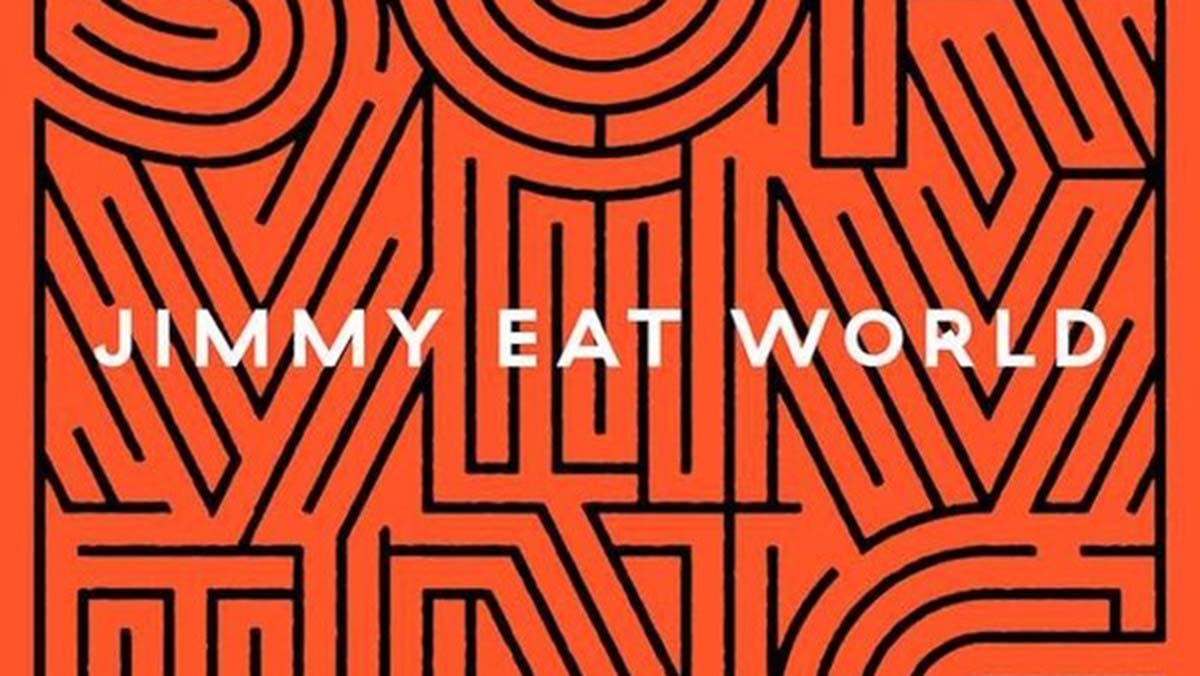 Exotic Location Recordings
Jimmy Eat World is known for their angsty punk sound, something it has been working on for the 25 years the band has been together. Though the album doesn't often deviate from the band's usual genre, it is charming and engaging all the same
By Kara Bowen
Published: October 30, 2019

After perfecting pop-punk for over 25 years, Jimmy Eat World has found a comfortable groove. Its most recent album, “Surviving,” doesn’t reinvent the wheel. The band sticks to the same toolbox that has produced its previous album: charming, almost naive lyrics, crashing choruses and pulsating rhythm guitar. Jimmy Eat World hasn’t made any revolutionary moves, or even significantly changed its sound, but “Surviving” still ticks off every criterion for what makes a moving pop-punk record.

Jimmy Eat World’s most famous song, 2001’s “The Middle,” is an uplifting, reassuring anthem, and the positive lyricism is ever–present in “Surviving” almost two decades later. It’s refreshing to hear a band dedicated to uplifting the listener instead of whining. The first track, with the same name as the album, sets a three-minute–long precedent of cheerful guitar and lyrics like, “Don’t hide your face/ What you were before/ Doesn’t have to be you anymore.” The lyrics strike the balance of being feel-good without being condescending. The danger is that unrelenting positivity can often verge into corniness. But this is combated by the earnestness of the lyrics. The line “Don’t worry where we end up/ Because ending up’s not real” is so relatable and soothing that it almost can’t be criticized.

Moments when the album’s sound edges out of pop-punk are the most dynamic. “Delivery” is a straight-up synth-pop track. “555” goes one step further and moves away from the genre’s traditional nasal vocals in favor of boy band–style harmonies. Unfortunately, these songs are also accompanied by the usual pop pitfalls. “Delivery” suffers from a generic chorus, and “555” begins with a clapping sound effect — an element that is rarely well executed.

Despite these slight genre variations, “Surviving” is, at its core, a rock album. “One Mil” is reminiscent of early Weezer, tailor-made for headbanging. A prominent rhythm guitar grounds every song as the energy builds in the verse, and a lead guitar drives a breakdown in the bridge. The track “Recommit” tilts even further into this sound. The verse’s dominant bass is somber, bordering on grungy, before the chorus brings back the nonstop energy.

“Surviving” doesn’t bring anything radically new to the pop-punk canon, but that’s not necessarily a bad thing. There are few ways to go wrong with gritty electric guitar, a solid drumbeat and lyrics fit for the opening scene of a coming-of-age movie. Jimmy Eat World has known its musical formula for years — and sometimes it’s okay to stick with what already works.