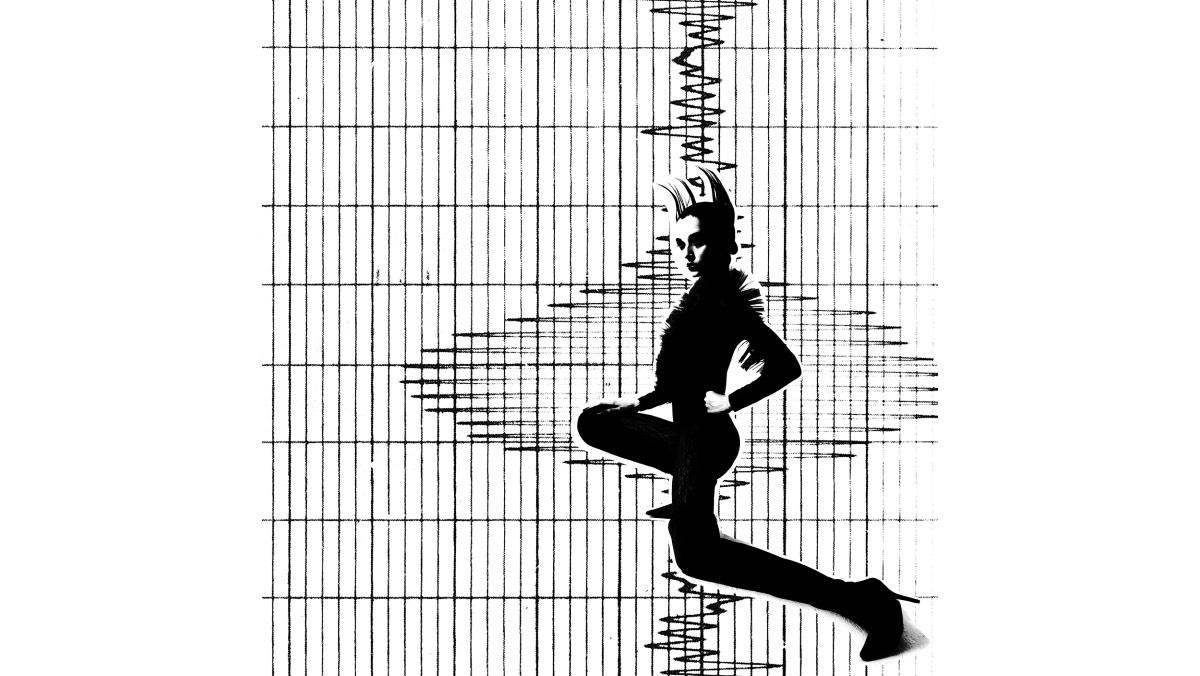 Courtesy of Sumerian
On her new record "Flux" Poppy has traded her bleached-blonde bubblegum pop for an intriguing, raven-haired take on heavy metal.
By Dariene Seifert — Senior Writer
Published: October 6, 2021

Poppy, whose unusual viral videos caught the attention of millions back in 2015, has traded her bleached-blonde bubblegum pop for raven-haired heavy metal. This transition integrated both genres that were in her previous albums “Am I a Girl?” and “I Disagree.” Now, in her fourth studio album “Flux,” Poppy added vulnerability to her punk-rock sound with producer Justin Meldal-Johnsen.

The title track “Flux” and the following song “Lessen the Damage” share the same issue: Poppy’s vocals are buried beneath the instrumental. “Flux” has all the potential to become a memorable opener with its heart-pounding drums and guitar, but falls flat when Poppy’s whispery singing is barely heard in the verses. It’s only during the chorus when both vocals and instrumentals balance out, which is a shame since Poppy’s voice sounds passionate within the fascinating atmosphere she created. “Lessen the Damage” is saved when she fiercely chants “Leave her / Don’t touch her / Let me be the one to destruct her.” The song finally comes together in all its metal glory.

The most surprising yet riveting part of the album are Poppy’s ballads. “Hysteria” is the opposite of what the title promises. While there are fast-paced drums and a strumming guitar, the singer expresses disdain for her internal conflicts: “I can’t contain my emotions / There’s no box big enough to hold them.”

“On the Level” is a weirdly charming love song that features the same soft vocals as in “Hysteria.” An electric guitar accompanies the entire album, but works best here as its notes double perfectly with Poppy’s singing.

“So Mean” and “Her” reveal Poppy at her best. Both songs discuss her leaving her online persona and finally being herself. “So Mean” exhibits a sarcastic yet fun tone with its mix of upbeat and gravelly vocals. Poppy’s scream at the end of the bridge into the final chorus is a great addition.“Her” features darker themes as Poppy tells the story of a woman experiencing, but eventually escaping, abuse. Poppy’s vocals deepen to match the low tones of the guitar to emphasize the unsettling mood.

The track “Never Find My Place” closes out the album. Poppy’s vocals sound ethereal as quieter instrumentals accompany her. The track builds up with an electrifying guitar and pounding drums with the singer fluctuating between gentle and violent vocals, accepting the comfort of never fitting in.

While there are a couple of mixing mishaps, “Flux” is still an intriguing take on metal. In a concise nine tracks, Poppy demonstrates that she both understands and experiments successfully with the genre. Her ever-evolving discography further shows that Poppy’s talent is malleable with any musical category she explores.